Sadly, our target area is not safe for many of the stray, abandoned and “let go” cats.

They are either born feral, or are just left behind when people move and struggle to survive.  Many of the streets are high with leukemia, FIV and FIP.

Cats started congregating in a kind souls garage and she felt bad so she started feeding them.  She was getting ready to move and the garage was being torn down and after finding two cats dead called the ACN for help.

There was one cat that no longer had eyes, they were completely sealed shut and we watched all the other cats bullying him and chasing him away when he was trying to get something to eat, it was terribly sad, he kept coming back and was pounced on and chased away over and over again. Many of them were emaciated with snot coming out of their noses, drooling and severe eye infections.  One of them was nothing but a barely walking skeleton with fur, an adult cat weighing only 3 pounds. They were also anemic from severe flea infestation, gums were so pale.

No, trap neuter release was not an option, these cats were at risk and extremely sick.  Two had already died.

ACN volunteers trapped the remaining cats and sadly upon advice from our veterinarian and to do the humane thing for these suffering cats, we had them humanely euthanized with loving hands and loving hearts thanks to a local animal shelter. 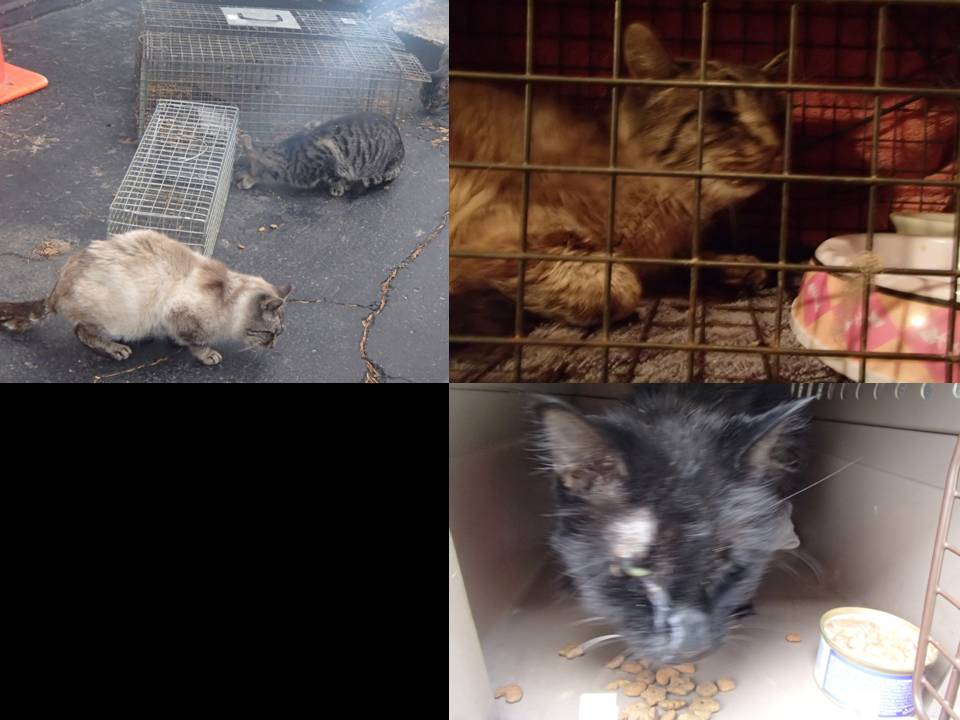