The Animal Care Network rescued these adorable puppies while on an ACN run, they were being passed out on the street and thankfully one of our “eyes and ears” was able to get them and called ACN.

We were able to get these cuties into the Michigan Animal Rescue League adoption program.  The puppies were nursed back to health and then spayed and neutered before being adopted into awesome homes.

We are so thankful they were not passed out in the neighborhood, where they could have come down with parvo, been neglected, abandoned or bred when of age!

Thanks again to the people in the community that alert us to these situations and thanks to MARL for always being there for us!!! 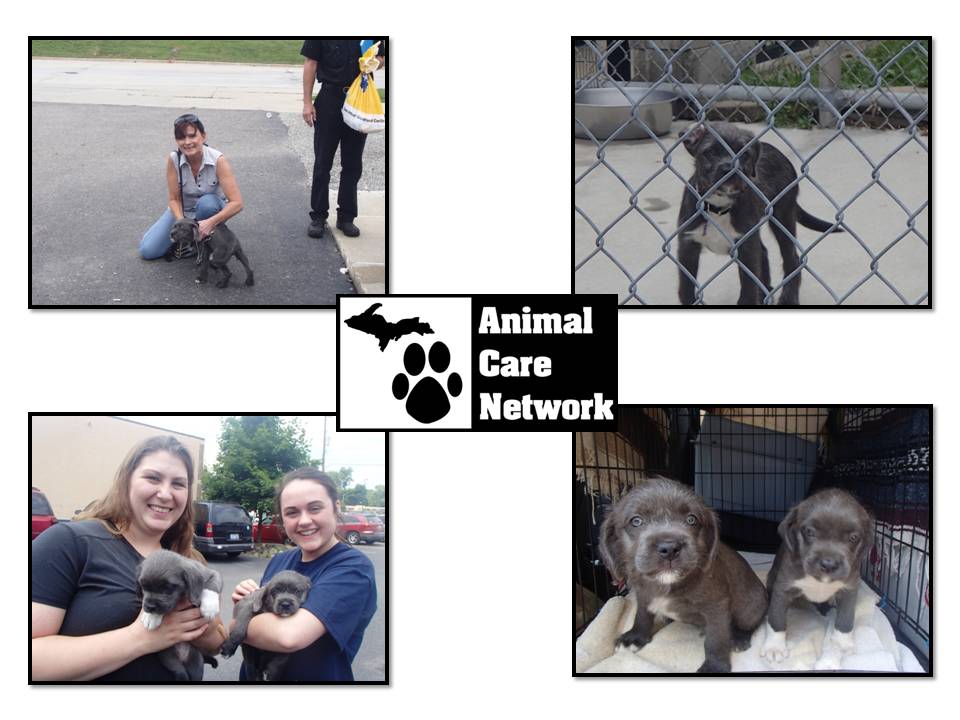