Tragically the cat and kitten situation in our target areas is terrible. The Animal Care Network does as much as we can and the best that we can to tackle this very overwhelming problem. There are cats everywhere, under everyone’s deck, being born in shed, garages and vacant houses.

People move and leave them behind, only to reproduce outside. Our target areas are not safe places for these poor cats to live outdoors.

Many of the cats have leukemia, FIV and FIP, severe upper respiratory, severe flea infestation, anemia, many are being attacked by other animals or become victims of torture and animal abuse. Some are missing eyes and can no longer breath due to discharge from various illnesses. In manycases the cats and kittens are dying when we pick them up.

We rescue and save as many as we can, but sadly the majority are already too far gone and we have to have them humanely euthanized.

We are going to focus a series on the cat situation that we have been tirelessly tackling for years! The Animal Care Network phone receives at least ten calls every single day regarding mother cats and kittens outside fending for themselves. 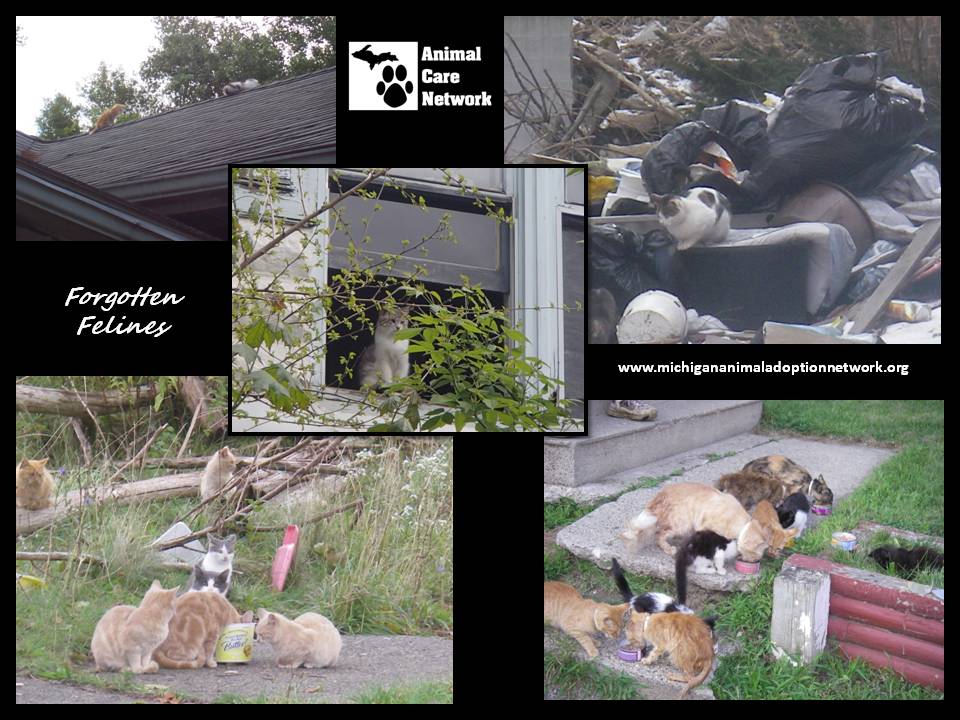