A family member alerted the Animal Care Network about two dogs that were not being taken care of. Bravo to the people that have the courage to call on behalf of the animals even if it causes problems within the family and in the home.

This Pit bull and Rottweiler puppy were left in a feces urine filled crate for days on end. It was absolutely disgusting. They were skin and bones and dehydrated. Long story short, WE WERE NOT leaving without them!

After much debate and a very heated argument the owner finally agreed to give them up. We also had our friends at Oakland County Animal Control on standby to back us up in this situation.

What a mess, these two needed three baths before they even started looking clean and smelling normal.

They were more thirsty than they were hungry at first because it had been so long since they had water.

Johnny and Darby were nursed back to health and one of our rescue partners was able to take them!! Both dogs appeared much younger than they actually were due to never having proper nutrition and being kept in a crate the majority of the time.

Johnny suffers from aggression issues from fighting for food and Darby’s bones, joints and hips are lifelong affected from this poor upbringing.

If you would like to foster dogs like Johnny and Darby and work with their issues please call Chris at 248-545-5055. 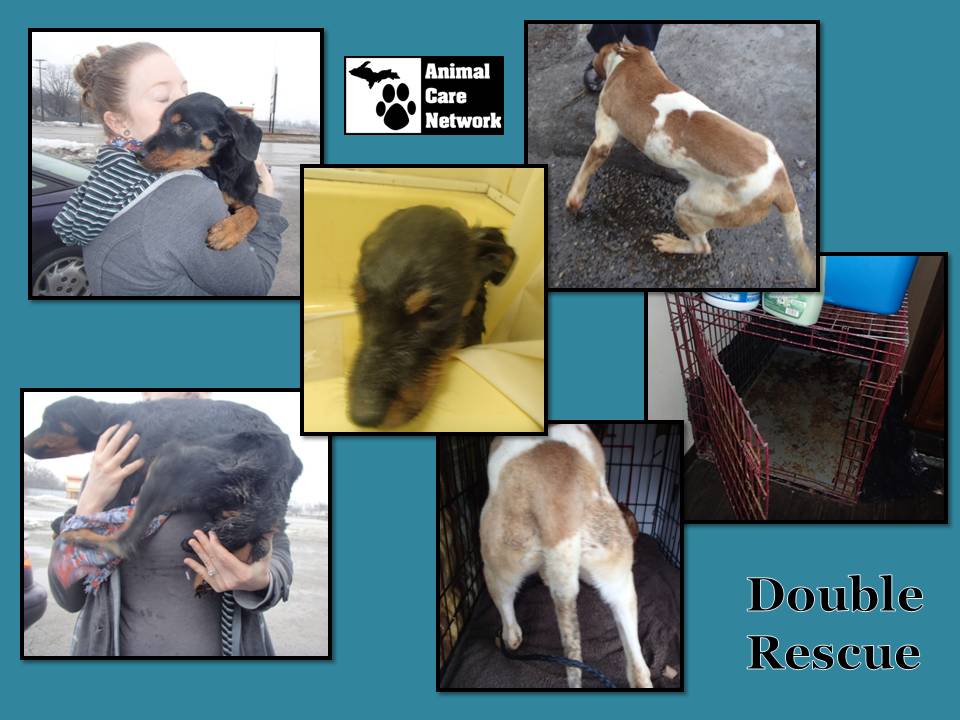