Carlos was rescued after being stolen by some very bad people, who let their dogs attack him. They cheered while this was going on.

Thankfully someone tipped off the Animal Care Network and we were able to rescue Carlos as we watched all the offenders run from the scene. This incident was reported to animal control and the sheriff’s department.

Carlos was taken to a local shelter where he was treated for his wounds and sent to another rescue group.

We only have a few foster homes and need many, many more. 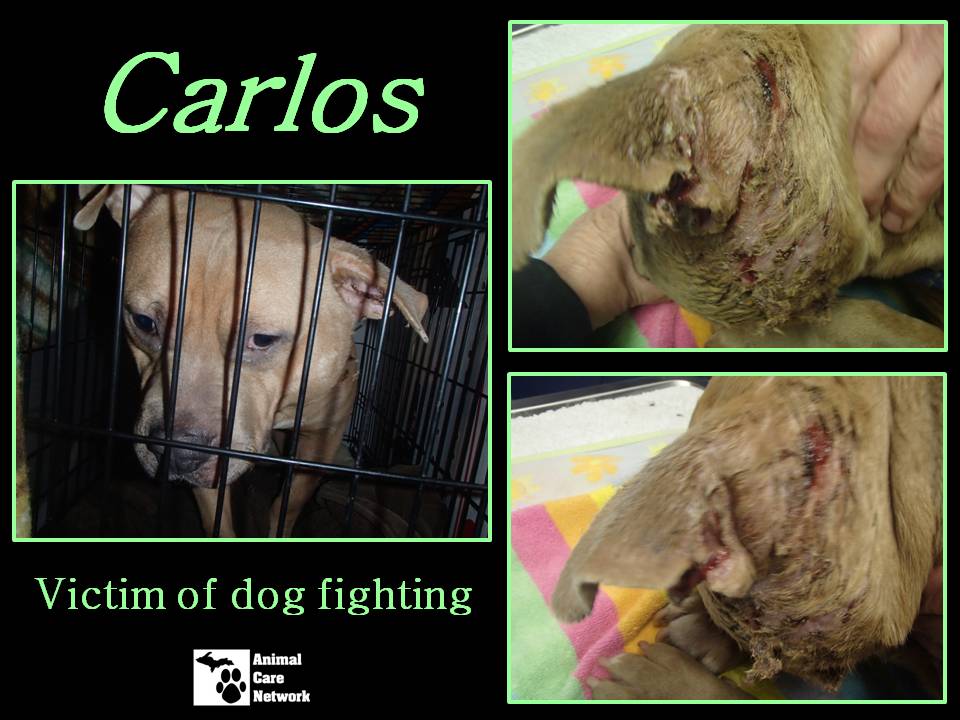