The Animal Care Network has developed quite a great relationship with our target communities and has spent years trying to educate the community about proper pet care.

We also stress to people to please call SOMEONE when you see a dog or cat in trouble. It is always better to be safe than sorry! This has more often than not, proved to be lifesaving for hundreds of dogs and cats.

This group of kids in the photo never forget those words and always call the ACN phone when they see a dog or cat in trouble.  They are always so, so proud of themselves and it is really heartwarming to see that they will grow up to have compassion and concern for animals. They have rescued dozens of dogs and cats from the streets and have alerted the ACN to bad situations.

Here is a picture of them with a dog that was wandering the streets looking for food, she followed them home and they called ACN to pick her up.

They also noticed a dog that was dumped near an abandoned building who was terrified of people, no one could get near him. Gosh, I wonder why, come to find out people were chasing him and throwing bottles at him. One person had seen someone pull up and let the dog out of the car a few days earlier, but it was the kids that called us, not the adults.

He had taken refuge in the nasty basement of an abandoned building.  Perhaps he thought his owners would come back for him, not so lucky.

Thanks to the kids and another local animal lover Mike, we spent a few hours crawling around the basement and Mike finally was able to get him on a leash and safely coax him out. The kids stood guard around the building to make sure nobody interfered
with the rescue!

Sadly we also found animal bones in the basement of this building. Seemed as if this building was being used as a dumping ground.

Both of these dogs were taken to local animal shelters where they were safe and out of danger! 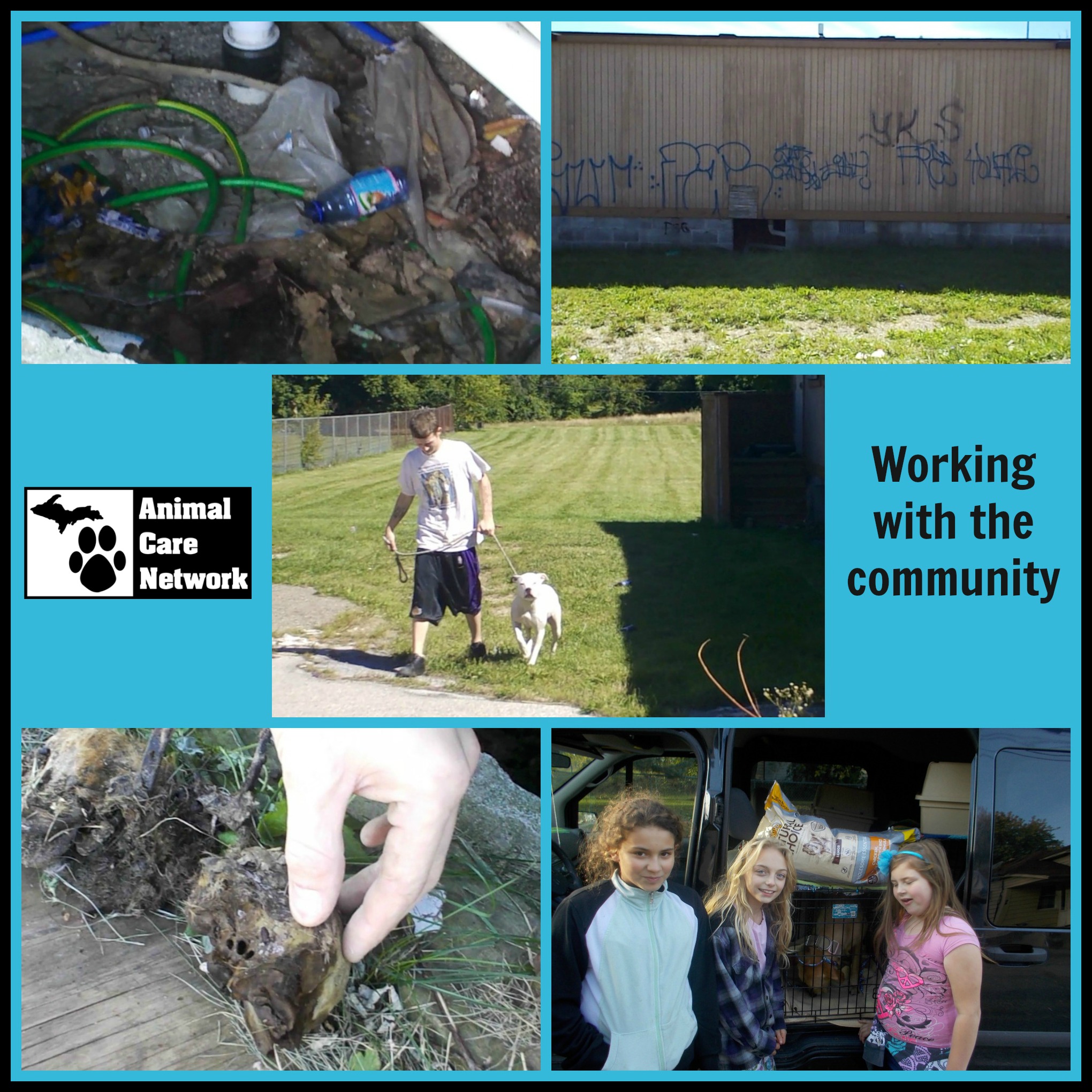