The Animal Care Network volunteers had been checking on a dog for years that was not living in a good situation. Meet Casino, an English Bulldog that spent most of his time in a nasty wire cage, often sitting in his own urine and feces, his skin was bad, his nails were overgrown and his personality was becoming beaten down. Several years ago he and his owner came to our vaccine clinic so the vet could look at him (after much discussion with the owner). Casino was so dirty and covered in waste, our clothes were all brown after petting him. We all tried to persuade the owner to give him up due to his condition, but that was not going to happen, he cost a lot of money we were told.

We did what we could for Casino that day, clipped his nails, flea treated and vaccinated him and attempted to educate and talk to the owner about his condition and proper care.

The teams continued to check on Casino and continued to try to rescue him. The conditions improved a little for awhile but then quickly deteriorated as many situations do. The owners house was looking worse and worse, unlivable.

We are not quite sure what events led up to this, but divine intervention was definitely involved. Casino ended up being dropped off at our volunteers Angie and Dawn’s house after the owner had disappeared, the home was condemned and the dog became part of a drug deal. All we know for sure was he ended up at the right house (Angie and Dawn’s) in the end and we are thankful for that.

Angie and Dawn cleaned him up, took him to the vet for medical care and after being nursed back to health, he was neutered and adopted through the Michigan Animal Rescue League.

Casino is very much loved and his spirit and personality have come back three-fold even though he may get into a bit of trouble at his new home (see photo).

It is so uplifting and nice to work with the Michigan Animal Rescue League because so many times we get to share in the great adoption happy ending stories of dogs and cats that we have rescued from such neglectful, abusive situations. This makes all of the street rescue work so meaningful and worthwhile.

Thanks MARL and thanks to Angie and Dawn for all your great work! 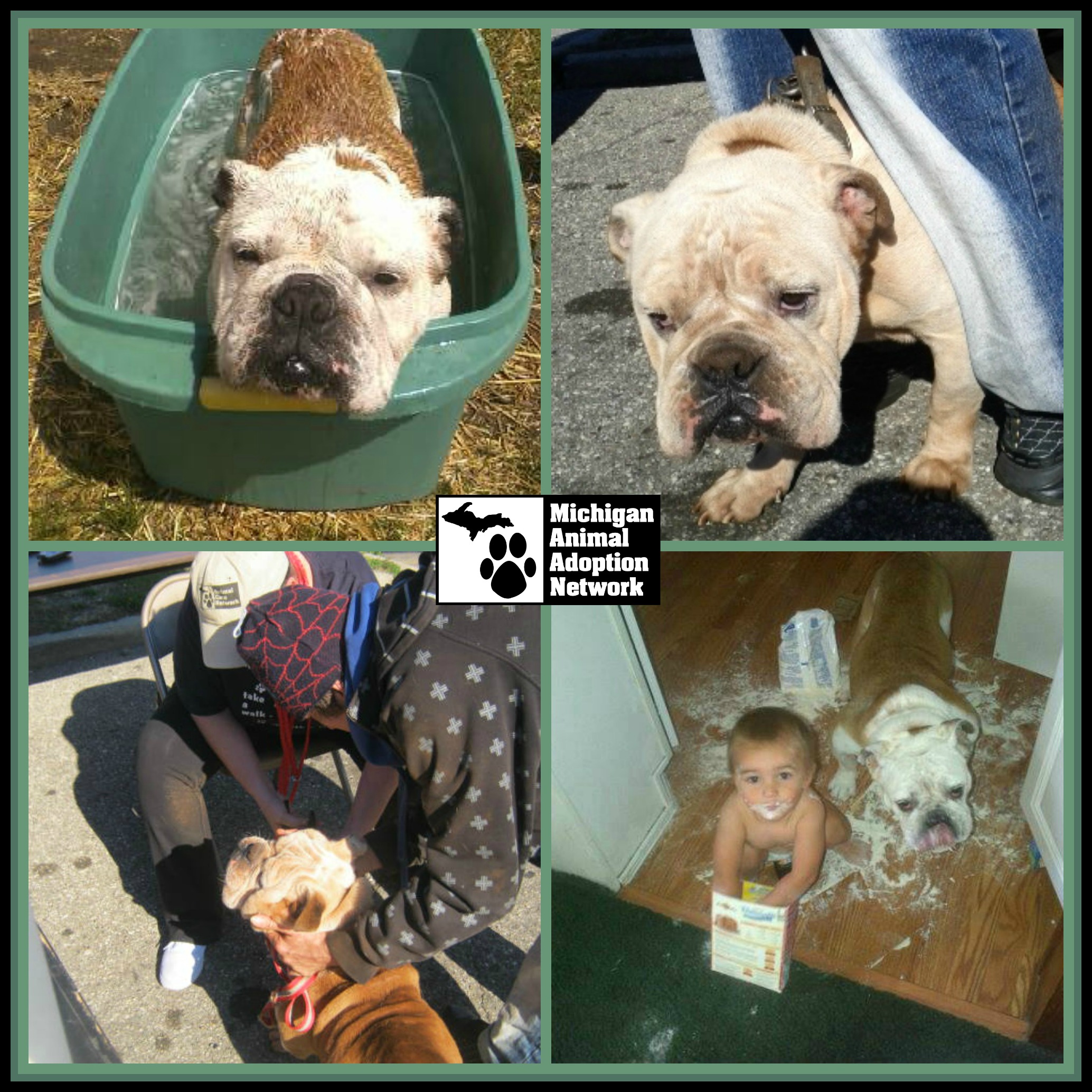