Red’s story is not a very happy one….. as all of in rescue know these stories don’t always have the happy ending that we would like.

Red was a throw away dog, after living on a chain for years, underfed and underwatered, bloody from flies, old embedded chain marks, scars and wounds all over, he was “let go”.

To top all that off he had a prolapsed rectum which was so bad, he was infested with maggots, inside and out and was extremely emaciated.

Red was found lying the middle of the road, trying to relieve some of the pain from his rear area by biting at it and was extremely agitated and upset with good reason. Neighbors told ACN that the owners were sick of him and let him go because he was aggressive (can you blame him).

No one but me was able to handle Red . I was able to befriend him and after realizing I wanted to help him, he loved me and only me. Anyone else NO, anyone else that approached including the veterinarian was not welcomed.

After serious consideration and consult with our veterinarian, we made the difficult decision to have Red humanely euthanized due to the seriousness of his condition and his temperament. He sat by my side the whole time, clearly in pain, and then I stayed by his side, held him and spoke to him as he gently and kindly went to heaven.

Yes, this is extremely difficult and emotional, but I am just grateful that I was the one who ended up with Red and was able to love him and follow through with him until the end. So he did know love at least once before he died. Had Red not been rescued that day, he would have died a slow painful death on the streets.

This is a perfect example of how much damage can be done to a dogs temperament and health after living on a chain for a long period of time. We do the best we can for the dogs
and cats that we rescue, but for many, because the damage has already been done, the outcome is not always so great and this is no one’s fault but the owner that treated them
badly, abused and neglected them.

Rest peacefully Red, no more suffering and abuse. I am glad that I got to be your friend in the end.
– Pam, Pontiac Animal Care Network Manager 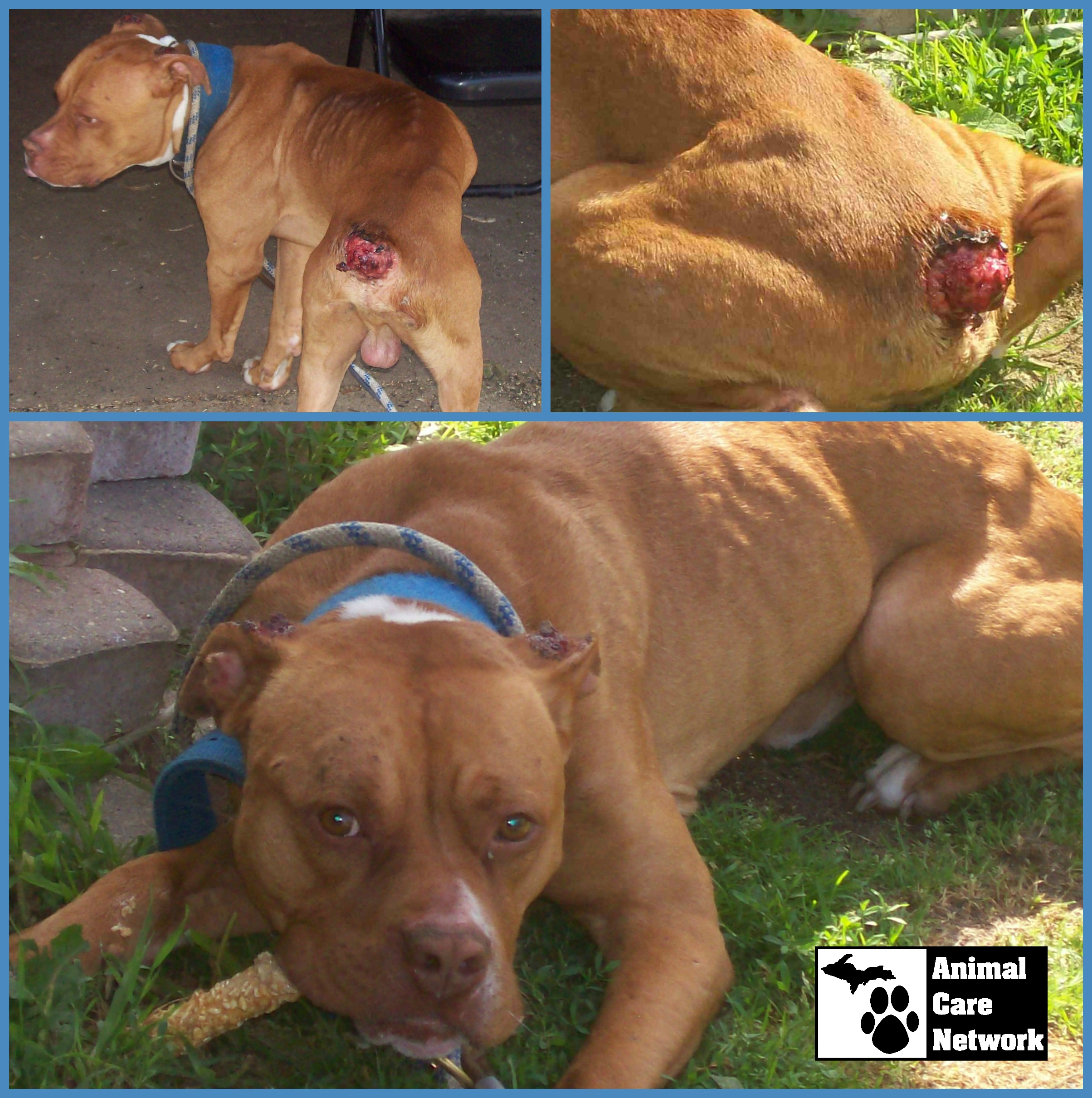