Sally and her puppies were rescued from a bad situation in the projects. Animal Care Network was alerted to the situation when the puppies were very young and spent a lot of time trying to get these guys surrendered and to safety. Thanks to Kathy’s due diligence on this situation, we were finally able to rescue Sally and four of the nine puppies, several had died and several had been sold on the streets.

They were very hungry and thirsty and Sally was suffering from an uterus infection and was getting sick.

A big thanks to Kathy for taking this deserving family into their rescue.

Also, a big thanks to the awesome neighborhood kids that were happy and excited to give them all baths and socialize them! 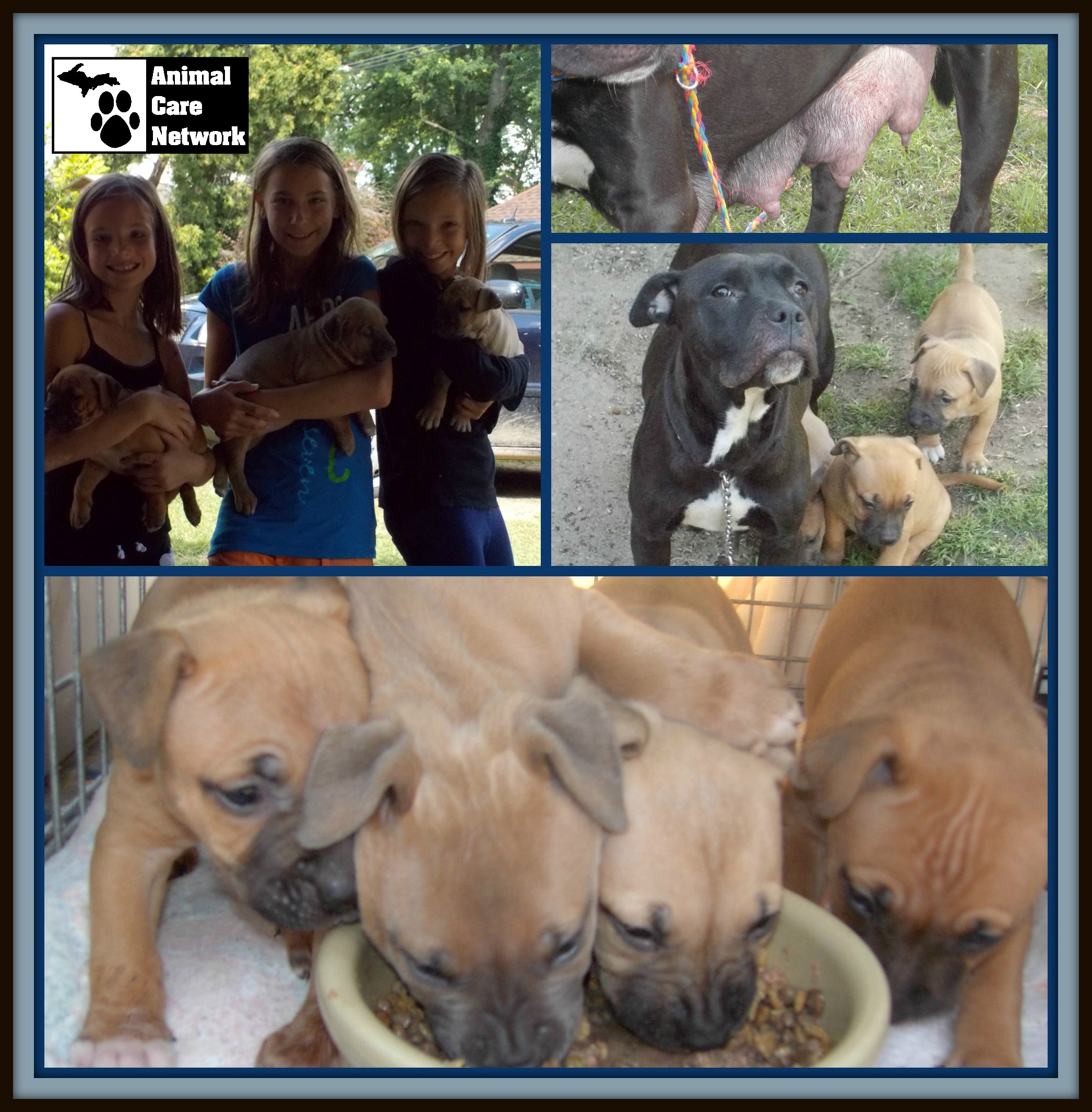