ACN was called late at night about a bloody dog wandering the streets. This dog ended up in someone’s garage and would not leave. The kind Samaritan called ACN and a rescue vehicle went immediately.

Many times these poor dogs and cats thankfully end up at a caring, kind person’s house. We often think they know the right place to go for help.

This skinny female dog had many injuries and fresh wounds to her body, there was bloody everywhere. We were not sure if she had been attacked or involved in a intentional dog fight, but she needed immediate help.

We took her to a local emergency clinic and thankfully they were willing to take her. 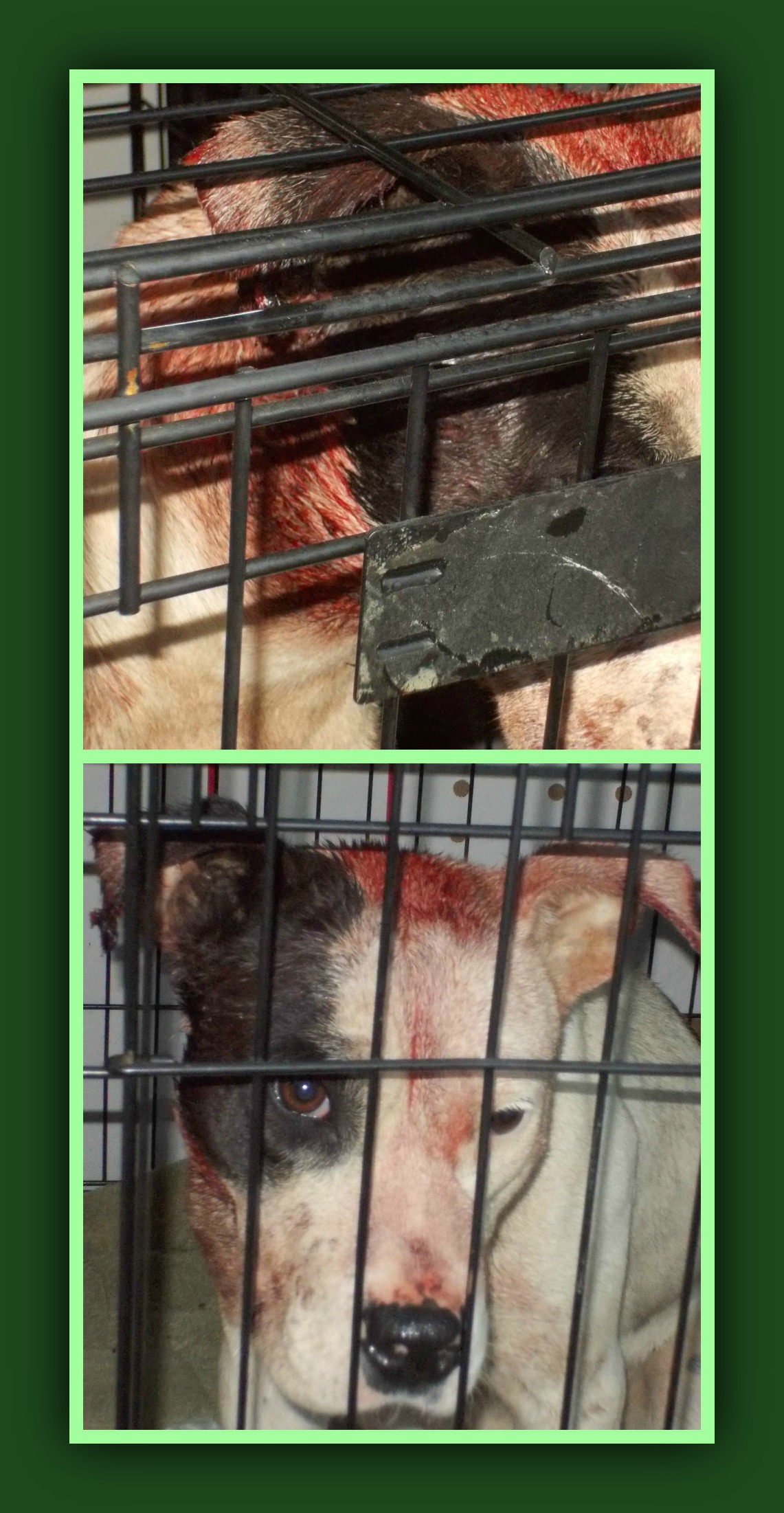