Thank you to the Michigan Animal Rescue League for taking so many of the dogs and cats that the Animal Care Network rescues!! Here are a few more stories:

Oscar’s owner died and ACN was called by the family to pick him up.

Corky had been living in a vacant house for weeks. A neighbor had seen this small matted skinny dog going into this house and alerted ACN. Volunteer Dawn was able to find him curled up in a second story bedroom filled with garbage and was able to rescue him.

Another mom and litter of kittens rescued by Kim and Edwina from an owner that was fed up with her cat getting pregnant. ???? Seriously, what about having the cat spayed? The owner gave up the mother cat too, but refused to neuter the male father cat because as she said “she got rid of the problem”.

These dogs and cats were all spayed and neutered and place up for adoption at the Rescue League. 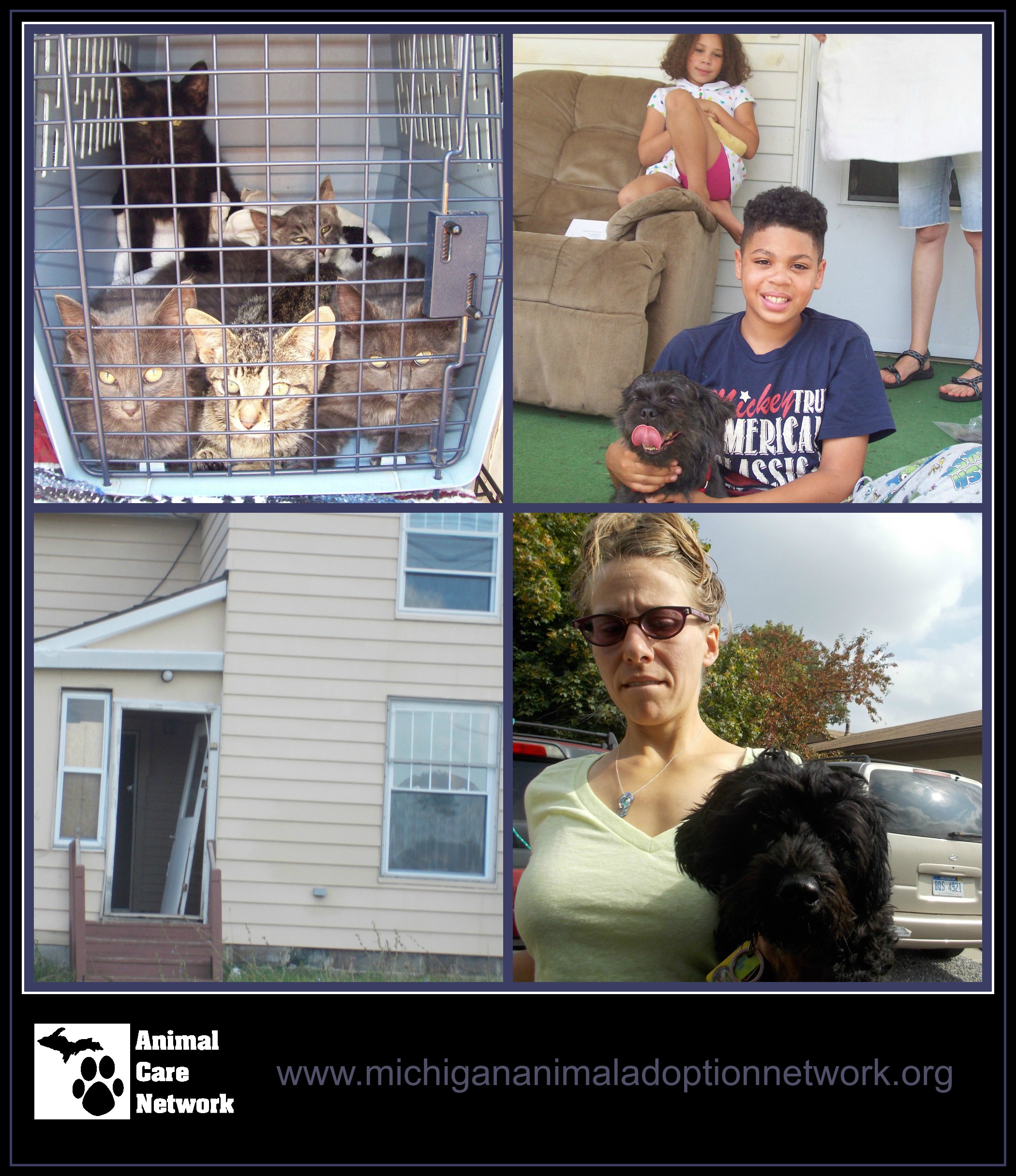