Previously we had told you about a dog named “Pickles” that was rescued on an ACN run. While driving through an alley the team notice this skinny, fearful dog chained
underneath a tarp behind a vacant house. Pickles was rescued and adopted by Team Leader Rose.

Three months later, this is the house that Pickles was left behind, now burned down. Makes us think about all the horrible things that could have happened to Pickles had we not drove through that particular alley that day.

Pickles tries to run the show at her new house, but Bubbles (her older sister rescue) is truly the queen of the castle.

It is truly amazing to see where these dogs have come from and where they are now, Pickles even gets dressed for the holidays. 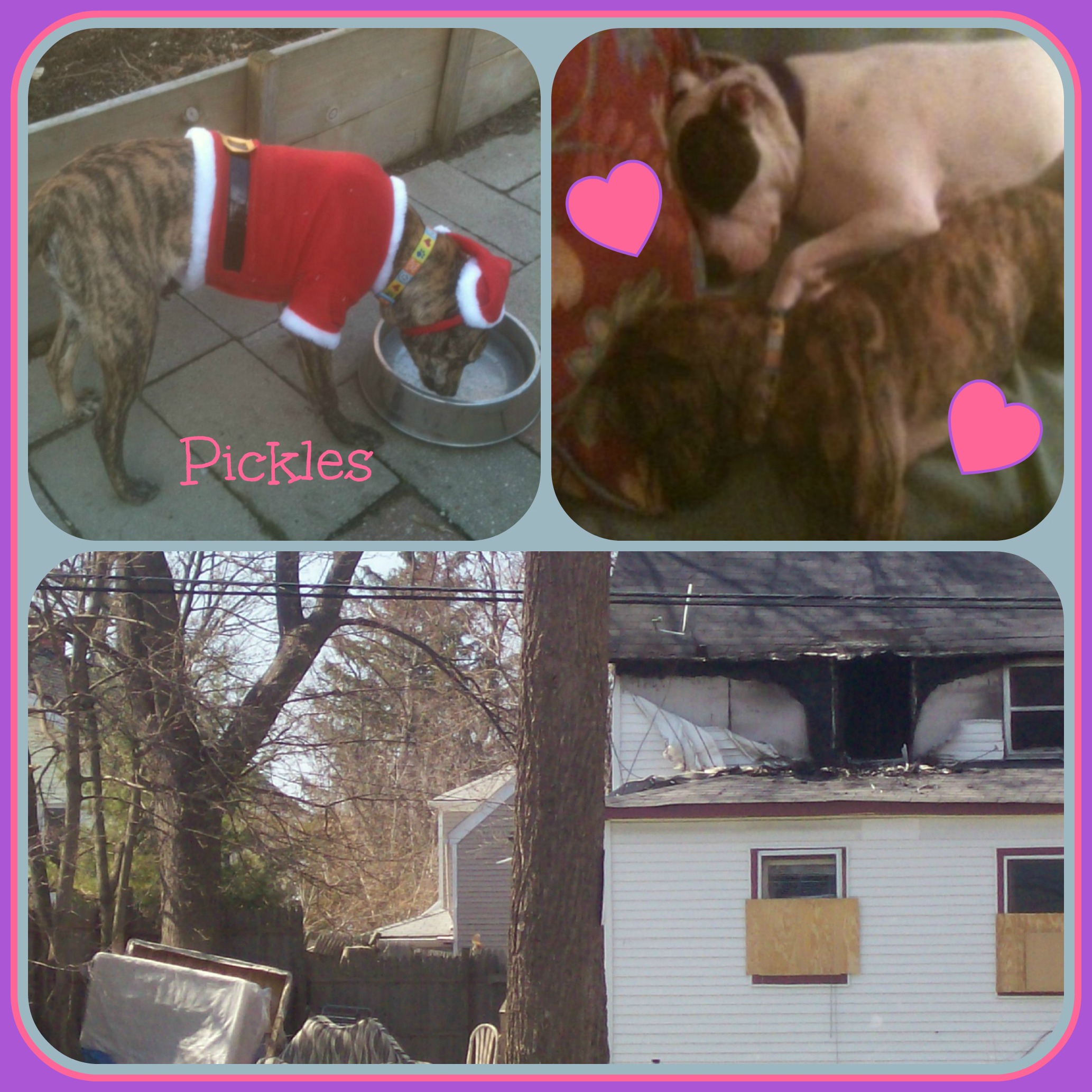