The ACN responds to call at night and on the weekends in our target areas.

Recently we were able to assist the sheriff’s department with two situations involving a mother dog and cat and their litters. Both were in desperate need of rescue, both were in horrible shape.

Brandy, the mother dog had escaped her yard in search of food, she had a litter of puppies born outside in a deplorable backyard filled with garbage and no access to
food or water, how she and the puppies survived we do not know. ACN received and call at the same time the sheriff’s department was called. As the callers were trying to catch
Brandy, she loyally headed back to her disgusting backyard.  The deputy followed her home as the ACN pulled up. After a serious conversation with the owner, the ACN left with Brandy and all five of her puppies, who were all starving and so, so thirsty. Brandy was extremely defensive and aggressive (with good reason) and very difficult to handle, baring her teeth and growling. This poor dog had also been abused and beaten, she was very
sick and dehydrated, from lack of nutrition and water, vomiting up sticks, bile and trash.

Within three days, she was a completely different dog, after receiving medical treatment and slowly introducing her to food and water and kindness, Brandy’s tail started wagging and the baring of the teeth became a licking of the tongue!!! The puppies were
in similar condition, but not quite as bad because they had their mom. They will be available for adoption at the Michigan Animal Rescue League at a later date. Brandy will remain in a foster home while being nursed back to health and regaining her trust for
people. She was so hungry, she ripped open a bag of topsoil and started eating it.

Ellie, the mother cat, was found in a “flop” house by local police after responding to a call for a disturbance. She was also trying to take care of her kittens with no access to food
and water. There were many people coming and going in this house with no power and no running water, the doors and window were wide open, yet still this mother cat chose to remain here with her kittens.

The deputy that responded is an animal lover and scooped up this very skinny mother cat and her kittens and called ACN who responded immediately.

This family will also be available for adoption at the Michigan Animal Rescue League at a later date.

Bravo to the mothers and to the deputies that cared in both situations!! 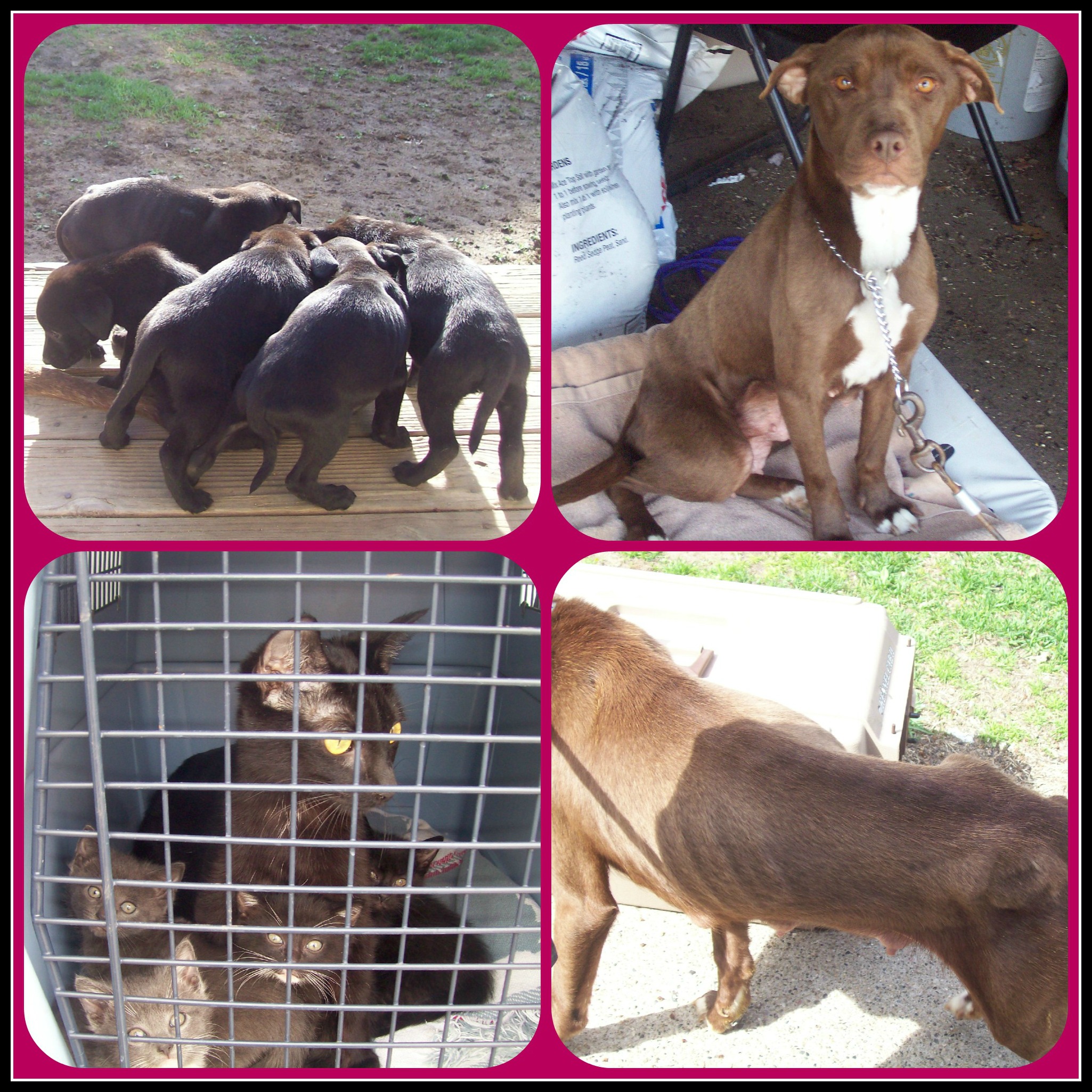