Many people have good intentions when they get pitbull puppies, but very often things change with they start getting bigger. As everyone in rescue knows, sadly we see this more times than not, especially in our target areas.

Four months ago ACN noticed two female pitbull puppies tied up in a back yard with no shelter and stopped to chat with the owner. Of course they were the son’s dogs and the parents were taking care of them. They had no shots and looked like they had mange.
We explained our program and helped them out with food.

The team educated the owner, attempted to persuade them to take the puppies to the vet to get vaccines and have the skin checked. At this time both dogs had decent weight on them.

The teams stopped back periodically and multiple times offered to spay them for free and have the skin checked, but were told the son didn’t want them fixed and would not give them up. Again educated about breeding dogs with mange that are not healthy
and haven’t been vaccinated.

January 2013, now the puppies are eight months old and ACN receives a call that they just can’t handle the dogs anymore. ACN responded immediately and were saddened to see two emaciated dogs, very dehydrated with blood and scabs all other. Their
white fur was yellow with urine burn, obviously being kept in a small unclean area for long periods of time. They also had wounds from fighting over food when they were fed.

These girls were happy to jump into the cages in the rescue van and have a nice bowl of food and water that they didn’t have to fight for. They were taken to a local shelter. 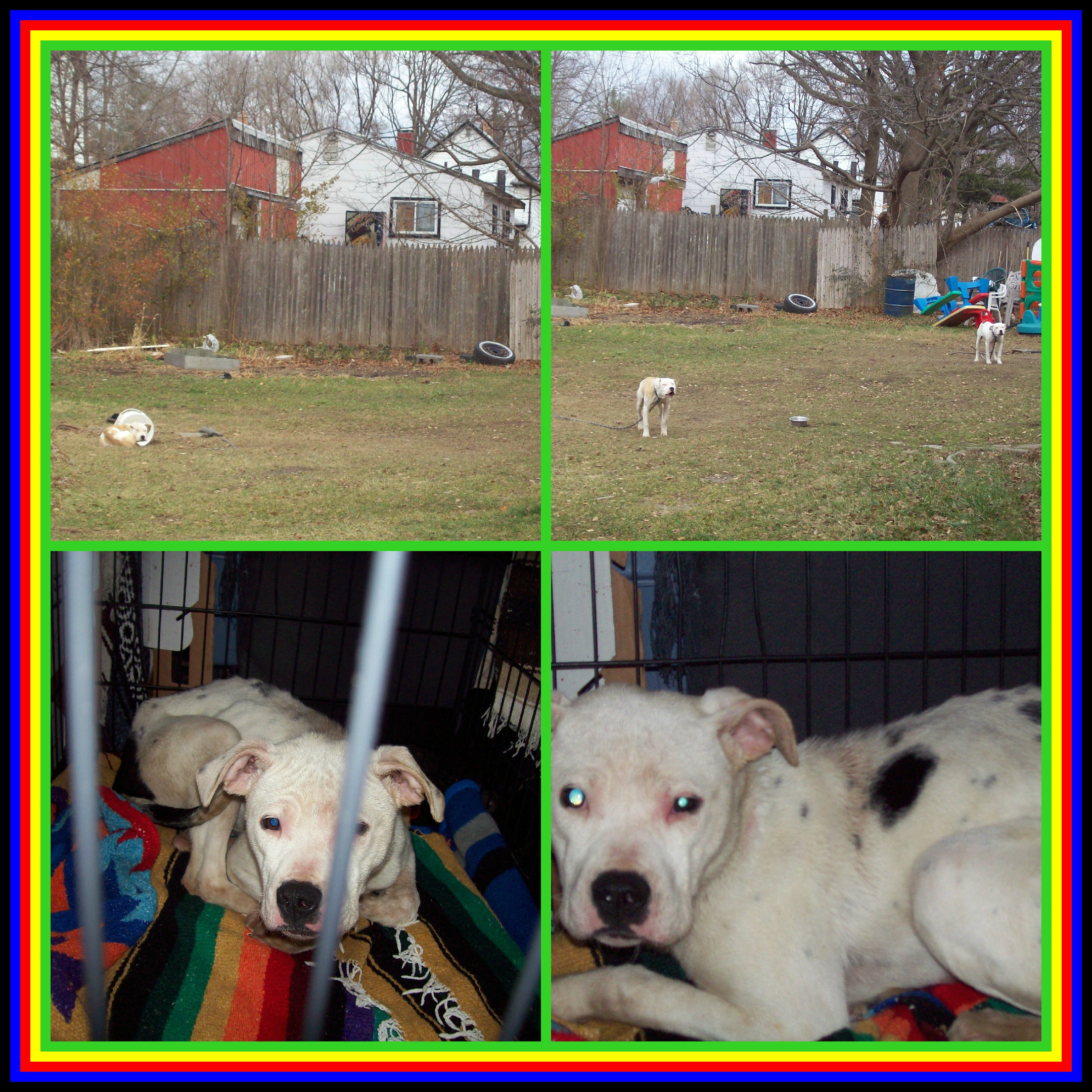