There are two tragedies that happened to this poor cat Johnny.

The first was letting him outside, unneutered, to wander and fight. We are not quite sure if he was hit by a car or attacked by another animal but he was hurt very bad.

The second was not taking him to the vet when he returned injured. Instead Johnny had to drag himself around for over a week, urinating on himself, barely able to eat and
drink.

Thankfully a family member stepped up and called the ACN about this situation. Johnny was immediately picked up and sadly had to be humanely euthanized at the veterinarian.

His back legs were paralyzed, he was extremely infected and dehydrated and would have died within days.

We must know that when animals get sick or injured they need to go to the vet. If that is not affordable or not a possibility, please take them to a local shelter or contact a local rescue group to have the animal picked up. This is much more humane than letting the animal suffer and slowly die isn’t it? 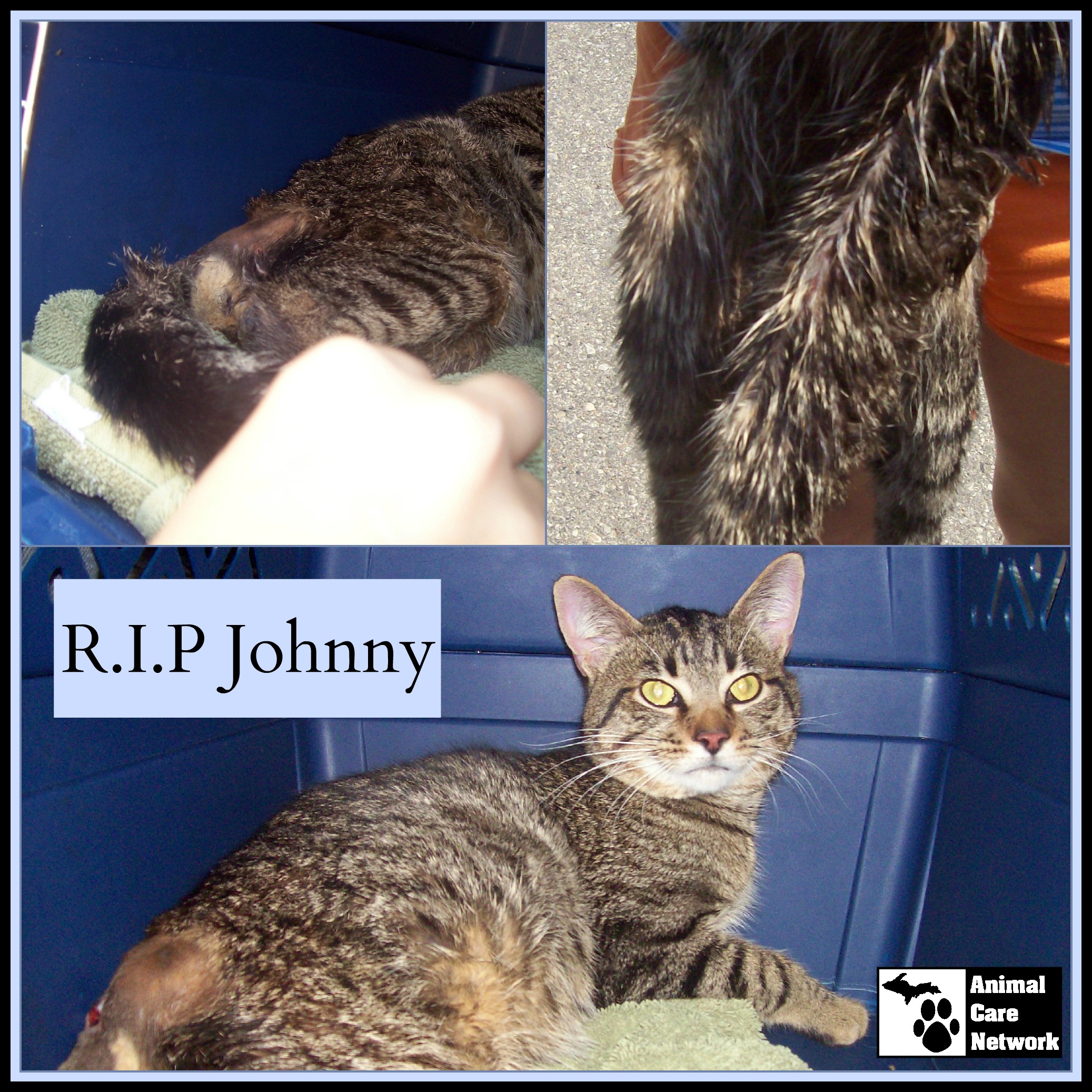