This is a separate story regarding the earlier story we told about the three dogs ACN found in trouble over the weekend.

The white dog was the only dog confiscated because he was in immediately danger, this is about him.

This dog was so happy to see Heather, he would not get out of her lap.  In a video that was taken, he was even trying to get his poor little rear feet off the ground, he was so, so cold. He wasn’t just chained with one heavy chain, no that was not enough for this weak, frail dog. He was chained with double chains coming down from the tree that he could barely
drag around with him. I imagine these dogs spent 99 percent of their time the last few weeks, cowering in the doghouses, trying to stay warm, waiting for someone to bring them even a little food and water. Probably the other percent was spent knawing on their doghouses perhaps out of hunger, perhaps out of boredom from their monotonous empty life. Someone had time to spray paint graffiti on the one doghouse and make these
elaborate chain set ups, but no time for food and water. There was some remnant of straw, but barely any, nothing to keep them warm in the single digits temperatures we have been dealing with.

Look at the one picture, where his eyes are closed and he looks so happy to be in Heather’s lap at that moment, not even thinking about all the other horrible things he has been through, not remembering the abuse, neglect and torture that he has suffered. Just a warm, loving person for a moment was enough for him.

The look in that dogs face and the look on Heather’s face are absolutely priceless.

When he walked off with the Animal Control officer he was wagging his tail every second of the way, when we peaked at him in the nice warm cage he looked just as content.

If we did anything important on this day, getting that dog out of their was it! And we will still follow up and go to bat for the remaining two! 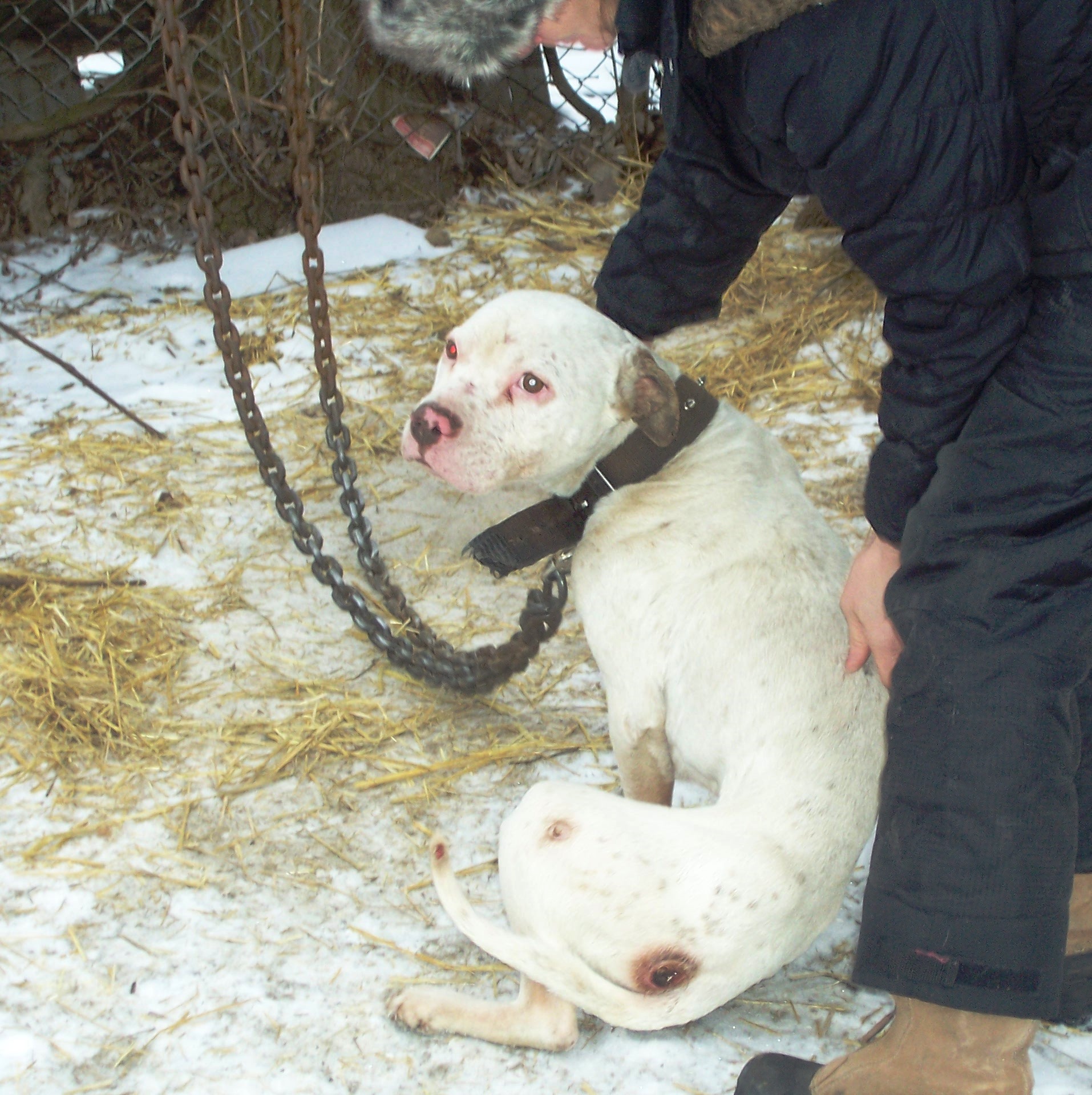 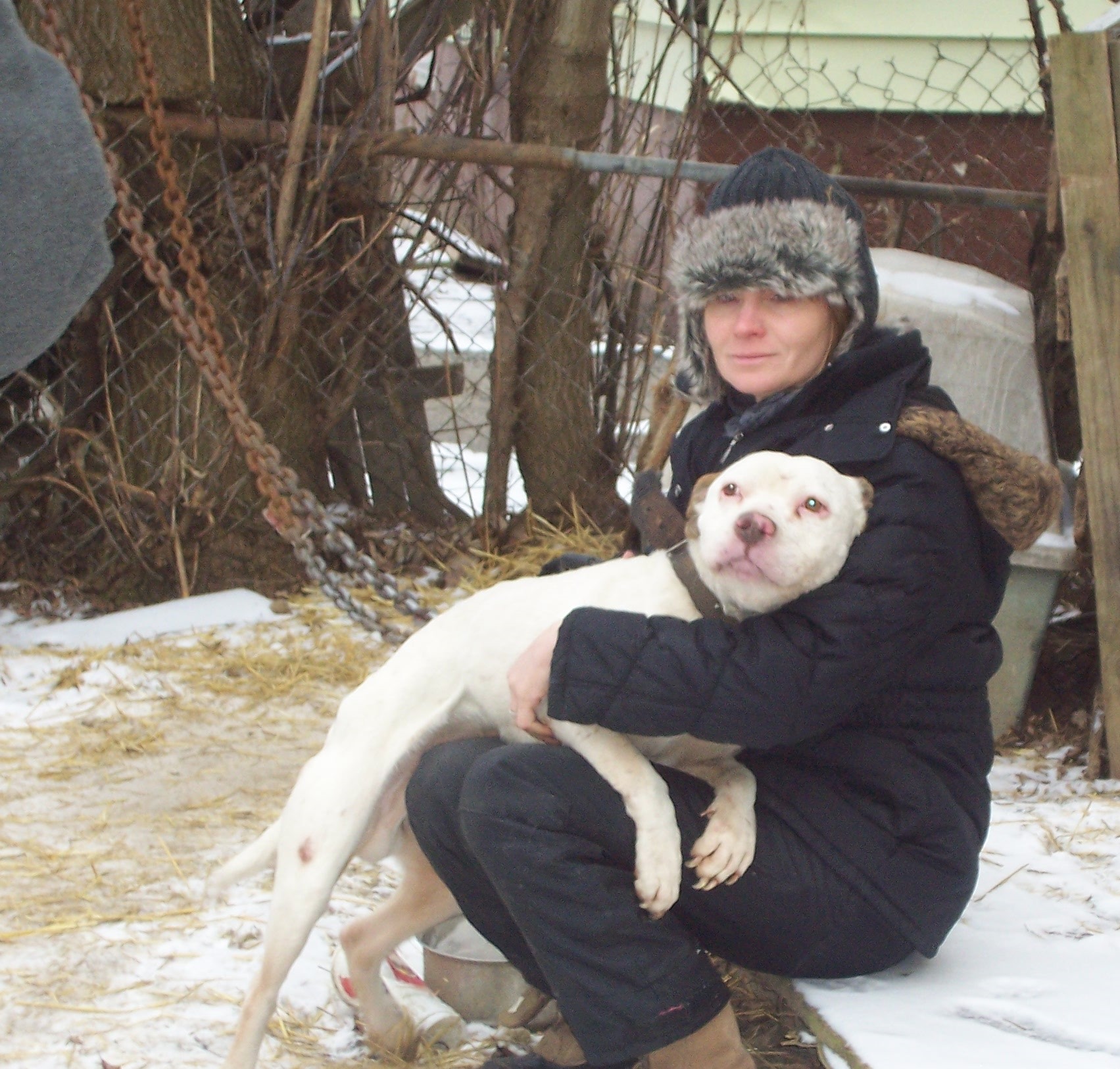 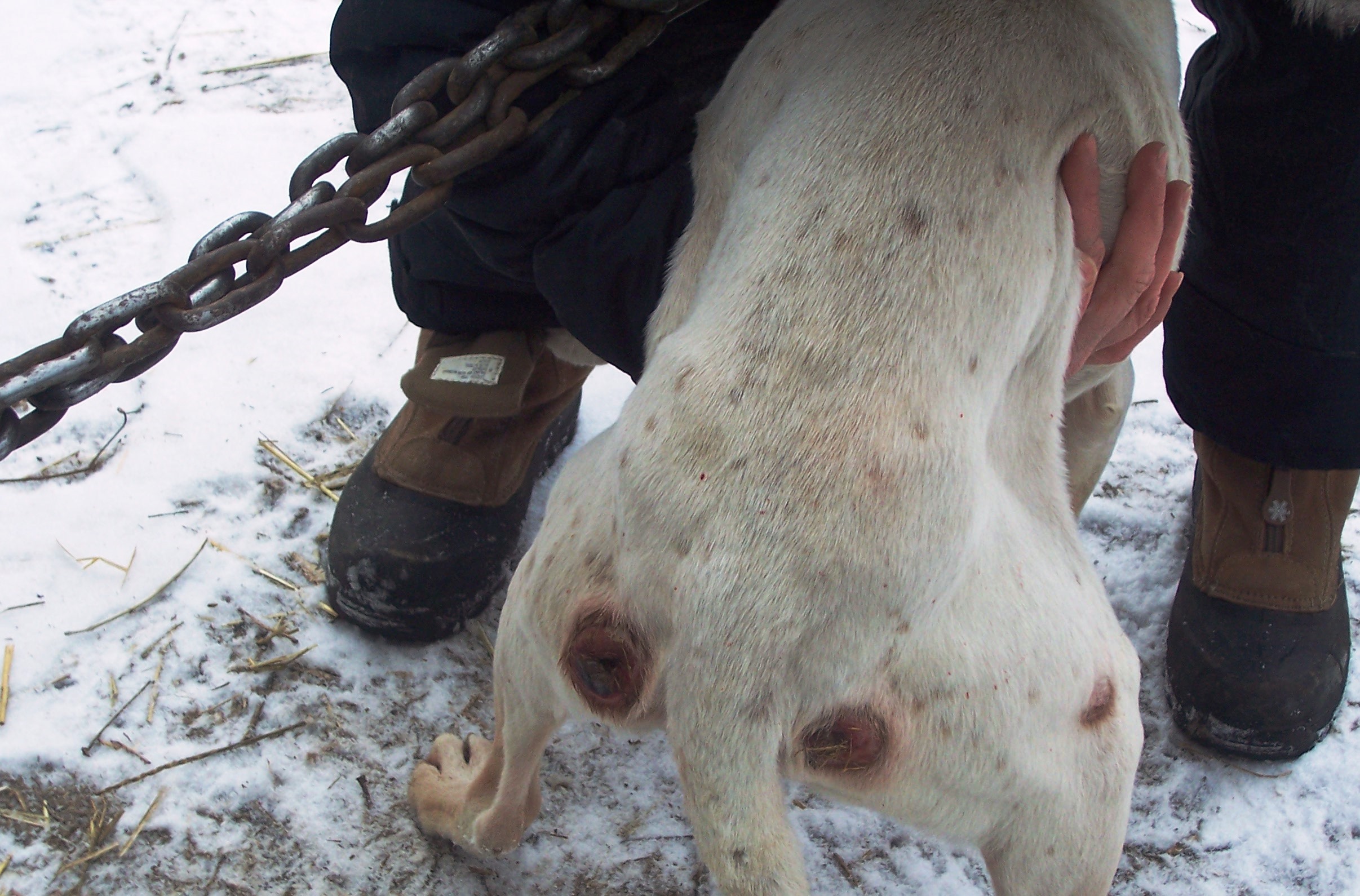 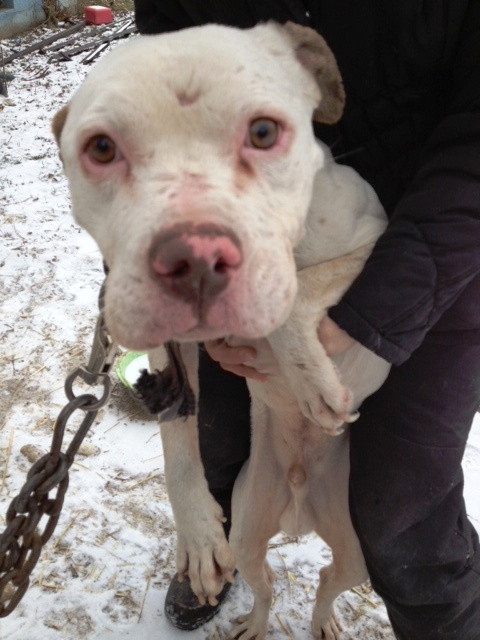 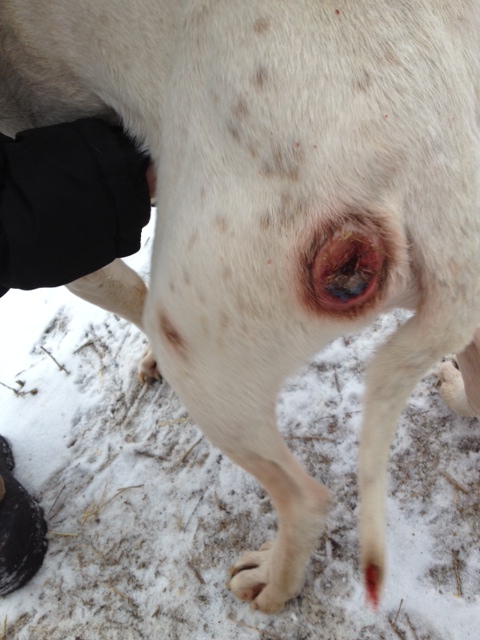 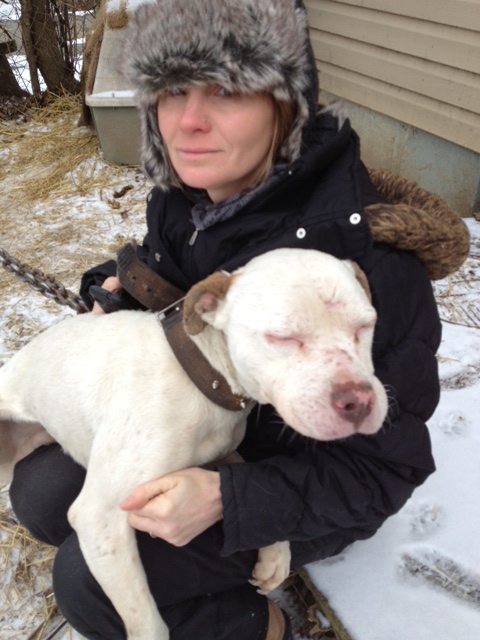