This story will be told in two segments because of the severity of it.

On our daily travels, any address that has a doghouse in the backyard is jotted
down and put on our list to be checked. There are hundreds of them.

The team stopped at one of these addresses on Friday and found an extremely disturbing
situation.

The weather was frigid cold with wind chill in the single digits, there were three
dogs chained on very heavy chains, with no straw, no food, no water. Two were skinny,
the third was completely emaciated, every bone and spine showing with huge open wounds
on his rear and leg area, possibly from being stuck on urine and feces or maybe frostbite.
We believed he would be dead within a matter of days.

They were all starving and cold, no one would answer the door.

We decided to call Animal Control and the Sheriff’s Department. Kathy told them that
we were not leaving until someone came to the address, we would wait, that we would be happy to
transport these dogs to Animal Control for them.

Animal Control showed up quite swiftly and immediately confiscated the white dog,
putting him safely in their truck, thank God. They deputies noticed a TV on and continued to knock
at the door until someone came. Of course that “someone” was not the owner of the
dogs, as it usually happens! They proceeded to call the owner, whoever that may be,
the 17 year old kid that showed up and thought it was hysterical and was laughing
the whole entire time, or maybe the mother or some other adult that lives at the house.
Doesn’t someone at some point have to be the caretaker, owner, provider for these dogs.
You can be sure that none of them have shots, licenses or even any proof that these
dogs are theirs. This is just all to common at so many of these addresses. Even
if they are someone else’s dog, isn’t the property that they are chained up behind
liable for them in some manner?

In the end Animal Control only confiscated the one dog, they said the condition of the other two did not warrant them being taken at that time, but they would follow up. They made
the laughing teenager take the other two dogs in the house. According to them they will
be communicating with the mother.

You can be sure the ACN volunteers will be following up on this situation with Animal Control.

A separate story will be told about the white dog, because he deserves it! 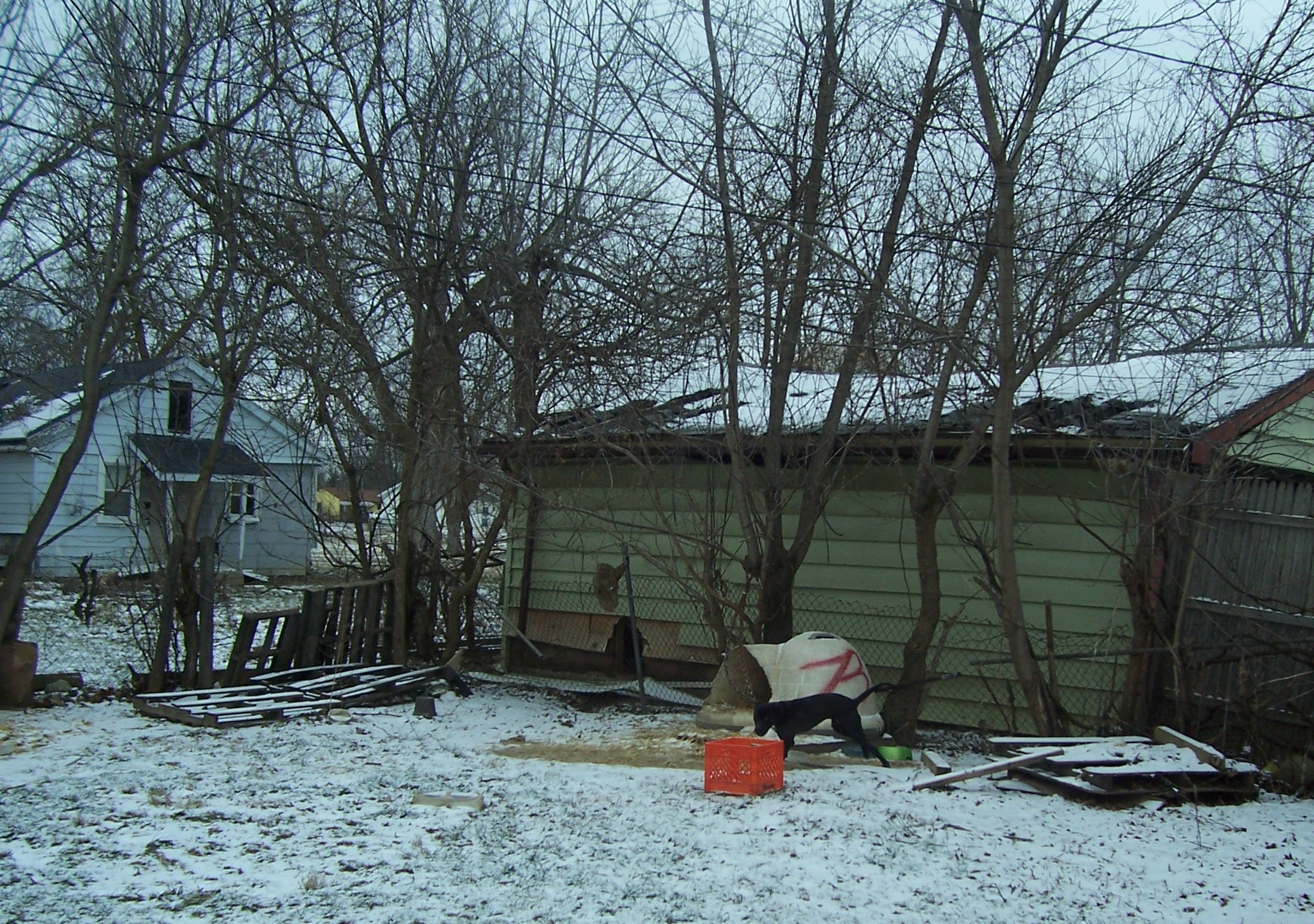 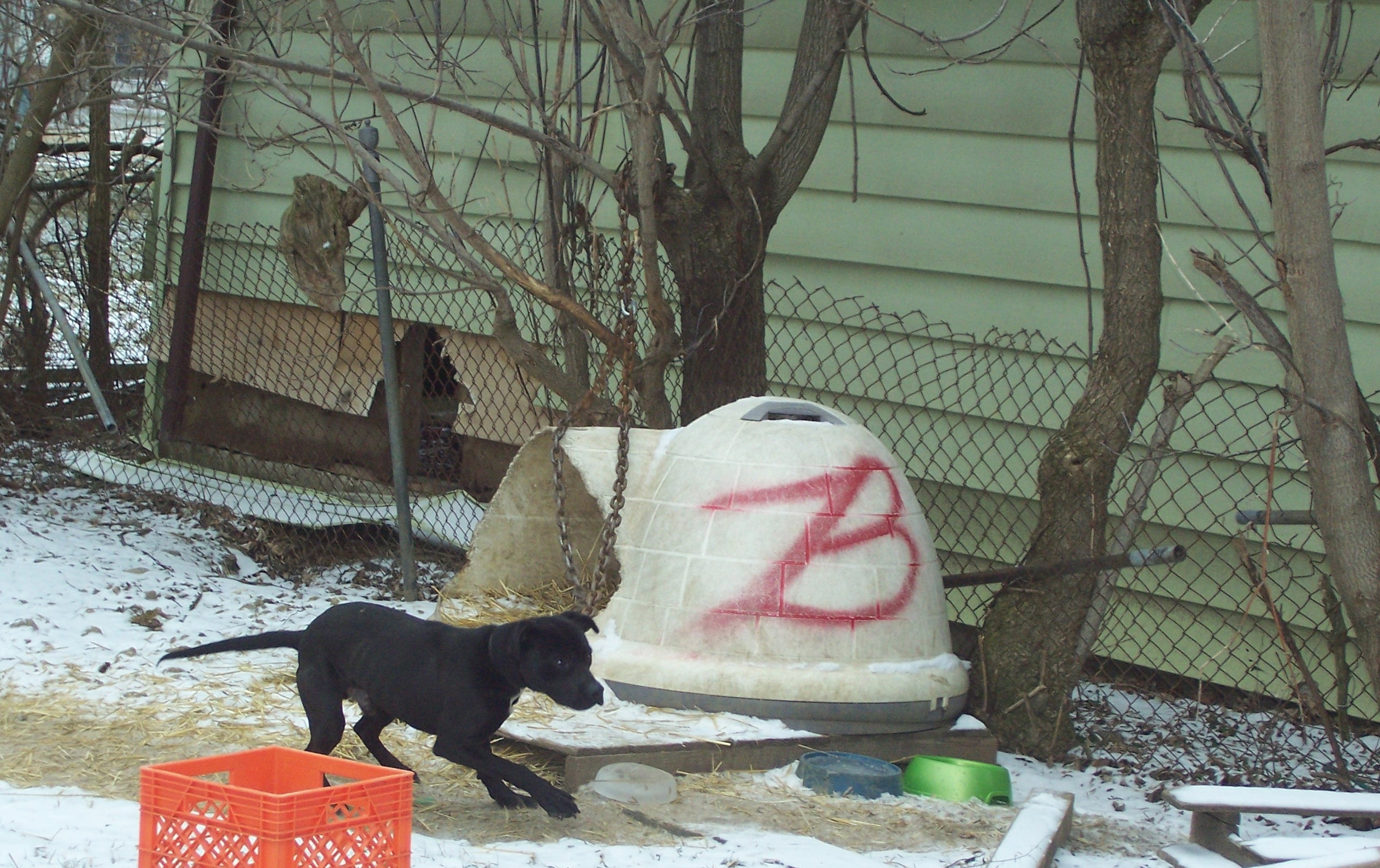 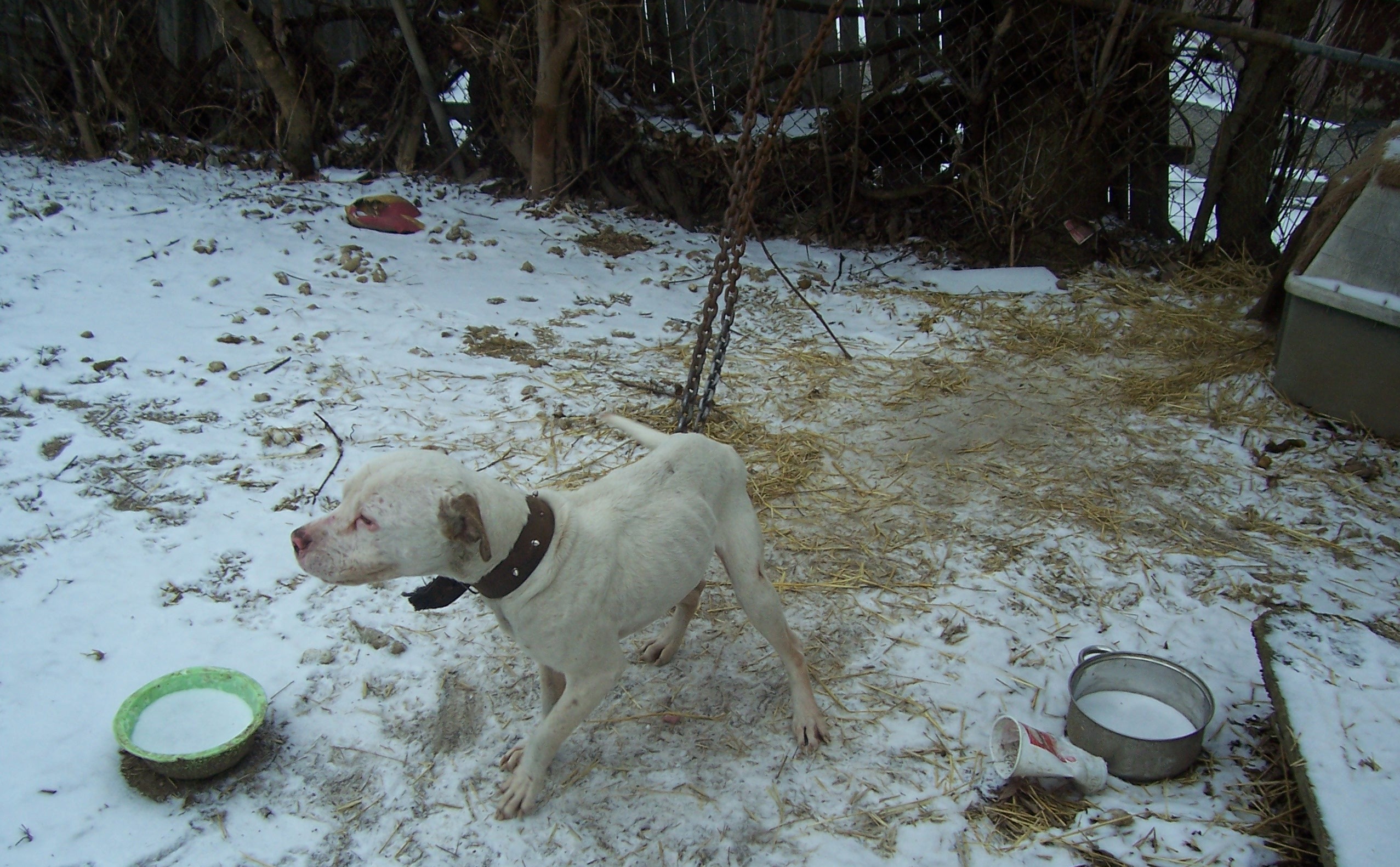 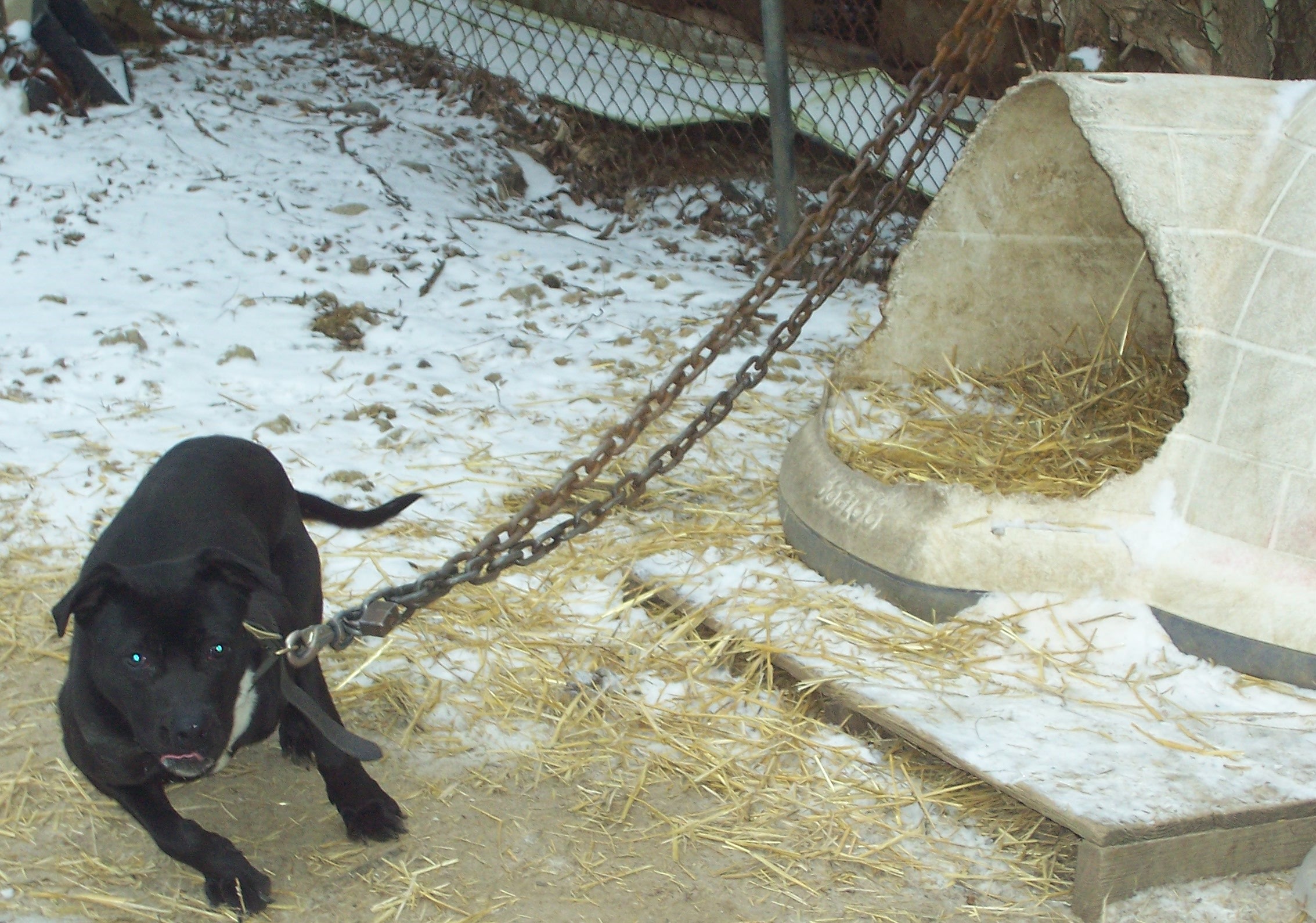