Our targets areas are not always the safest for cats and kittens to be wandering the streets. Many are abandoned when people move and there are not many people in some of the worse areas to make sure they are fed, watered, sheltered and fixed even though there are programs out there for this.

In some neighborhoods cats and kittens are tortured, poisoned, tails and whiskers cut off or burned. It is very disturbing and cruel especially when their are resources and rescue groups that are willing to help. We have even picked up cats that had arrows through them and that had firecrackers and fireworks thrown at them at fourth of July time.

Here are a few of these stories.

These kittens were literally found in a disgusting cat carrier out with the garbage by a vacant house, thankfully a passerby notice them and brought them to safety. Of course they didn’t know the exact address or street so we were not able to find out who did this. One of the kittens was already dead and the others were extremely weak and dehydrated and very, very sick. Upon recommendation by the veterinarian the remaining three were humanely euthanized. Unfortunately the damage had already been done.

This beautiful little Persian cat was found by ACN in a vacant house, we had been told that a cat was locked in a closet and sure enough this is what we found. Nothing but bones and skin, with wounds all over her body. Great efforts were made to save her but because of not eating and drinking for so long, her organs were shutting down and damaged and her prognosis was grave. She also had to be humanely euthanized.

Our third story does have a happy ending. Another cat showed up at one of our “look outs” door after being tortured by teenagers in the neighborhood. Howard’s owners had also moved and left him behind when they moved. The neighbors kept thinking the owners were going to come back for him but they never did, then they caught some kids using a lighter to his whiskers that was it! They brought Howard inside and called the ACN to pick him up. Howard was super friendly so after being neutered and getting a clean bill of health was adopted out by one of our rescue partners.

All of these cats were abandoned, left behind only to suffer at the evil hands of animal cruelty and torture. Unfortunately there are some areas that are just not safe for these poor animals, simply trying to survive, find food and stay warm. It never ceases to amaze us when people move and leave their dogs and cats behind and never look back. Just what do they think is going to happen? Well here are some of the results.

If you are moving, what is so hard about taking your dog or cat to a shelter, call animal control or call a local rescue group. There are resources out there! Especially in our target areas, we pick up dogs and cats for free of charge.

As much as everyone likes to criticize the animal shelters, these poor cats would have been much better, much safer, cared for, warm, fed and watered had they been taken to a shelter!

We sure like to complain that the dogs and cats may be put to sleep if they end up at an animal shelter, is what these cats went through better? After trying to survive on the streets some had to be put to sleep anyway, they may have been adopted out if they had been taken to an “animal” shelter. 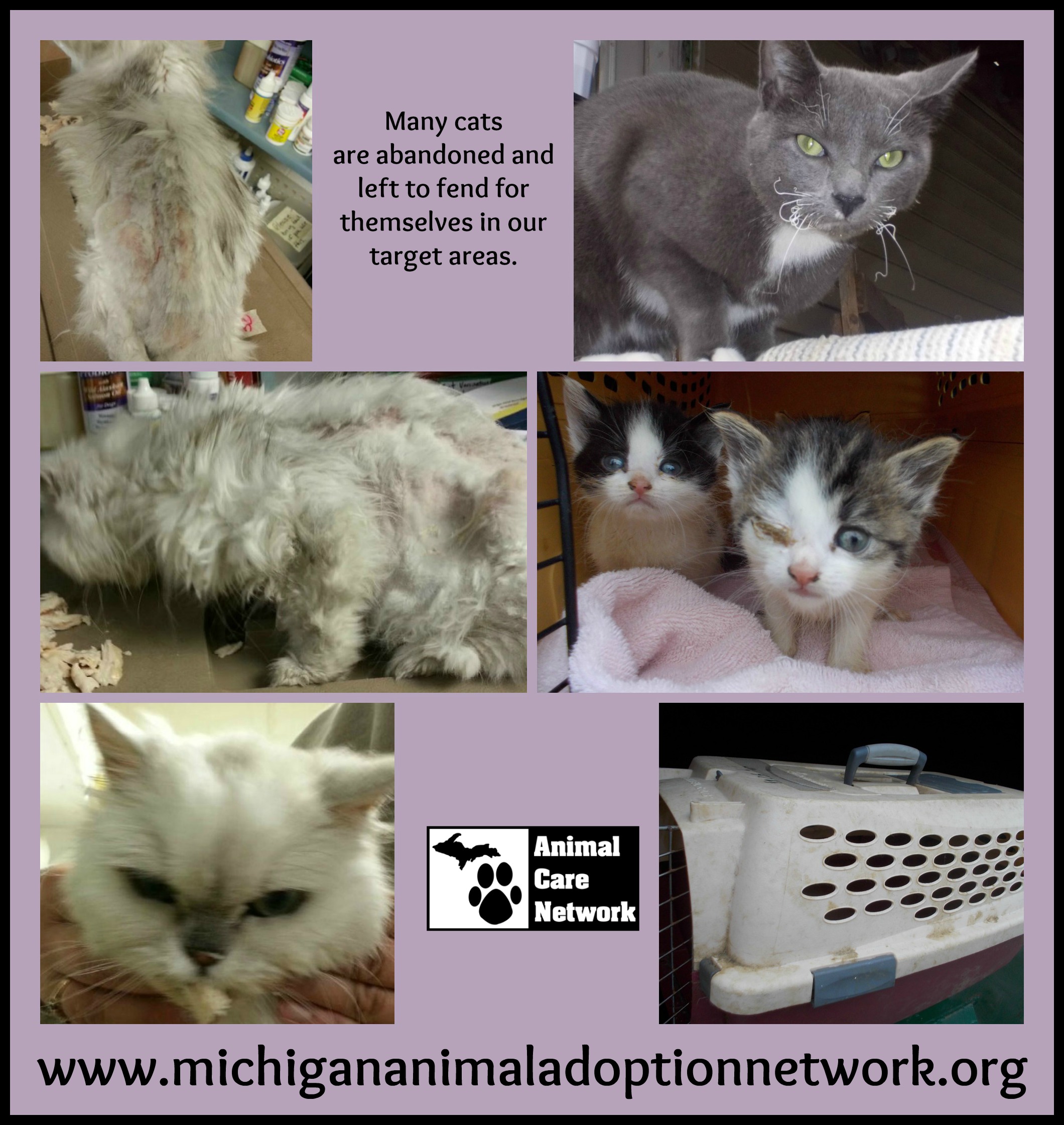