Every time we drive the streets, we look to the left, look to the right and look everywhere for animals that need to be checked on. These addresses are always jotted down and put on our never ending “list”.

There was one house that had a Rottweiler in a pen in the back yard that we had checked on, but this time we saw a Chihuahua and a pit bull puppy in the pen and wrote it down for a recheck, this was right before the first cold spell.

Thank God that we did!

Kathy and Heather stopped at the address and found an emaciated Chihuahua and a filthy, hungry, thirsty pit bull puppy living in this backyard pen. It was not a good situation. They were able to get the Chihuahua surrendered but the people would not give up the pit bull puppy of course because it was “someone else’s” puppy. For some reason they chose to put the little dogs outside and bring the Rottweiler inside, go figure?

The Chihuahua later named “Stewie” was brought to the Michigan Animal Rescue League. He was in terrible shape, every bone sticking out and extremely dehydrated. The awesome team at MARL nursed him back to health. After being neutered, he was adopted to a previous Chihuahua adopter. Had Stewie been in that backyard pen a few more days he would have died. He absolutely thrived at MARL and is one of the nicest, kindest, thankful little guys we have ever met. He also enjoyed his new friends and roommates “the kittens” who he played with on a regular basis.

Since the ACN does not give up, Sue and Dawn went back the next day and convinced the people to surrender Bruiser the pit bull puppy. We believe that Bruiser probably also saved Stewie’s life because they would snuggle up in the doghouse together to stay warm.

Bruiser was cleaned up, taken to a foster home, where he was also adopted after being vaccinated and neutered!

This was one of the cutest odd couples, but it is disgusting and sad to think that people do not only leave large breed dogs outside, they leave small dogs and puppies outside in the extreme weather as well.

ACN to the rescue again!!! Good work teams and thank you MARL for being there once again!!

Help us with this important work by donating at www.michigananimaladoptionnetwork.org 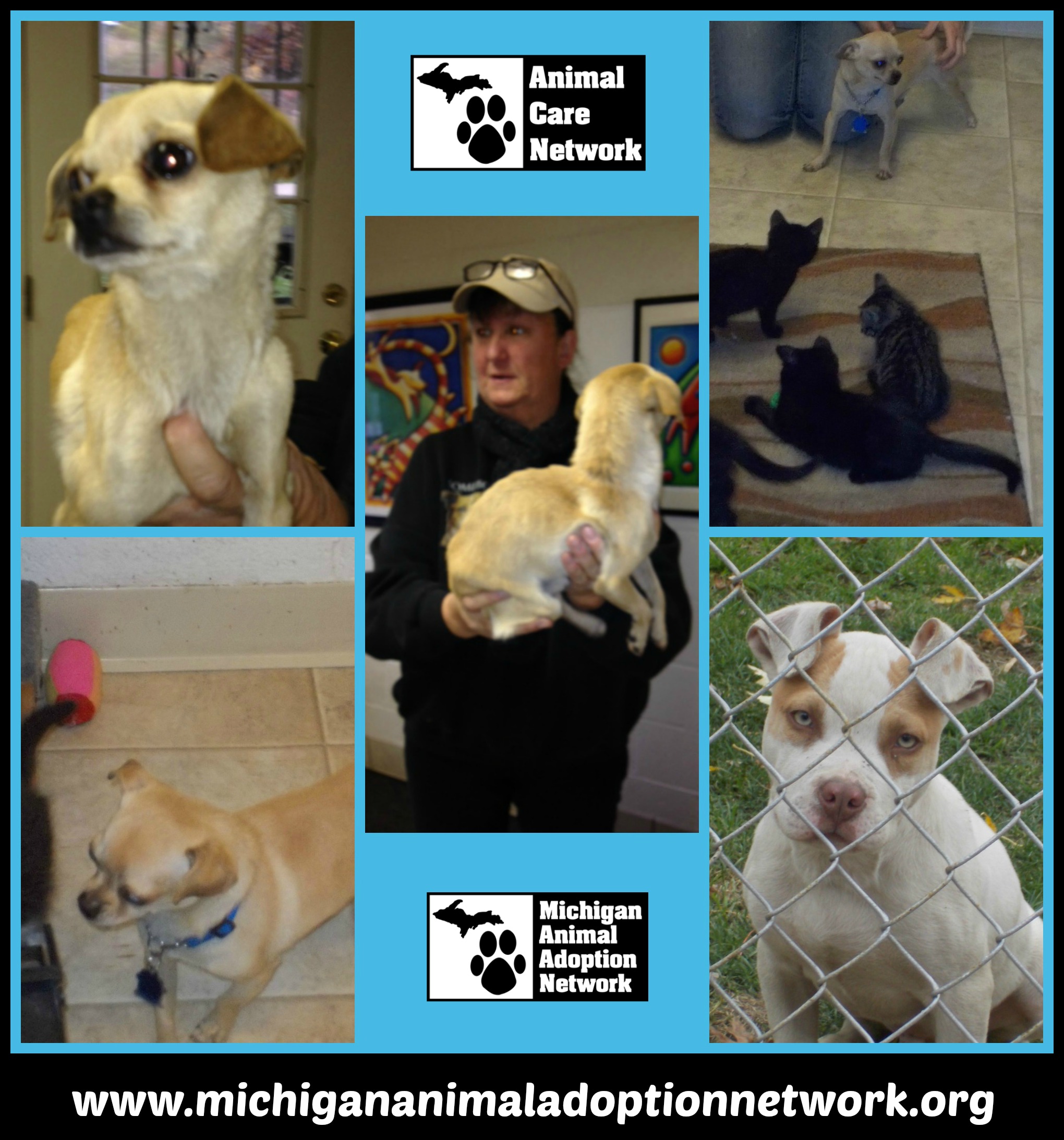