Well it certainly was a unusual weekend for rescue calls on and around the Dream Cruise weekend in Pontiac.

First we had a call about an injured owl sitting by a bridge that had been there for two days. Well that owl turned out to be a huge full size Red Tail hawk that was having something to eat on the size of the road. No way we would have captured him!

Then we received a call about six very young baby squirrels that were found on the sidewalk outside the Liberty Bar in downtown during the hustle and bustle of the Dream Cruise. There was no mother in site and not a tree in the area, nobody knew how they got there??? The bar owner, Pam, gathered them up and called Animal Care Network. We were able to maneuver our way in to downtown Pontiac to rescue them. Luckily we did locate a wildlife person to take them in! The cutest little things.

And last, we had a call about another large bird standing in the middle of the road. This turned out to be a GIANT male wild turkey that (according to some neighbors) takes a regular morning walk to strut his stuff. He lives in the woods behind the houses and the neighbors also say he has three girlfriends. I saw him and one of the girlfriends walking down the sidewalk a couple of months ago. Luckily the road is not so busy and everyone stops for these guys. The neighbors said they really enjoy watching them and cannot stop them from crossing the road, but they have safely been living there for quite awhile. A very cool sight to watch. 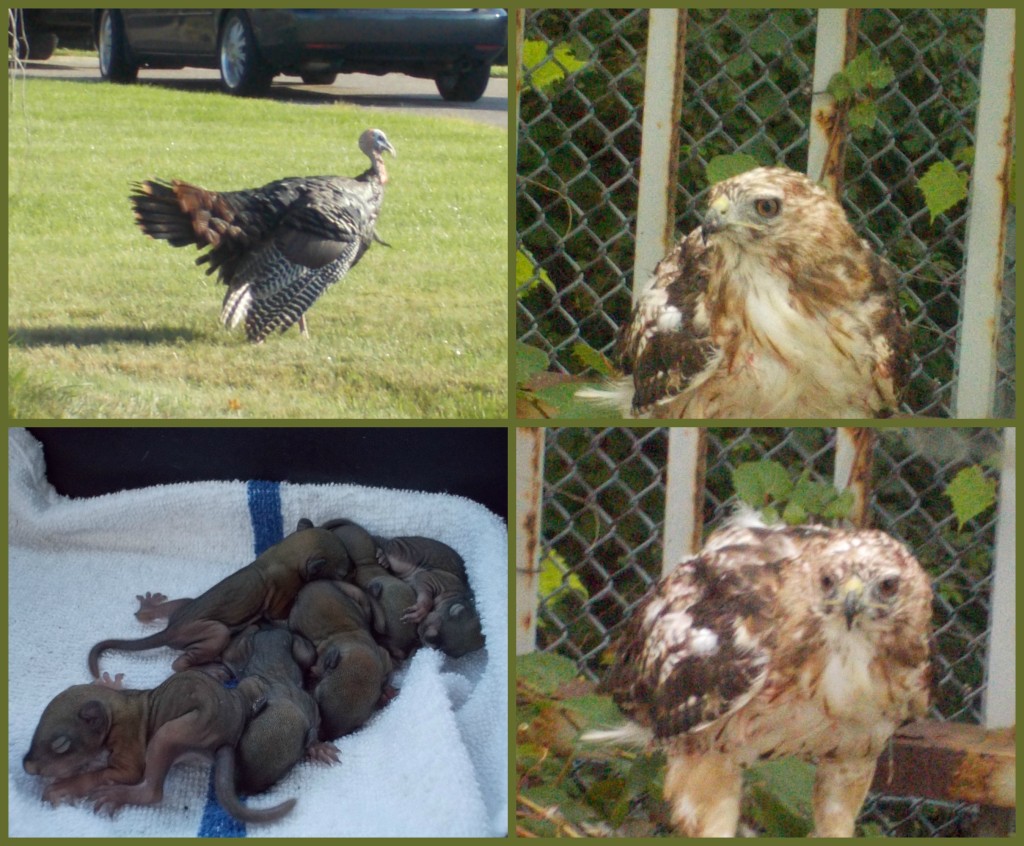