We have written this story time and time again but it never ceases to amaze us when people insist on breeding and breeding their female dogs until they look worn out, beat down, terrible skin and fur, skinny, sagging down to the ground, they look like they have been through hell.

Is it because they look so terrible now? No fault of the dog, only the fault of the owner for forcing them to continue to breed.

Is it because the mother dog is sick and may need medical attention? They say why spend the money when we can just get rid of the mom and keep a puppy, or two, or three or as we found last weekend FOUR.

Is it because they have her new puppies that they can breed? That will end up mating with each other, brother and sister?

We do not know and we may never know the answer to many of our questions. So we just rescue the mother dogs every chance that we can and do our best for them.

Here are some of our mother dog rescues, they are always the nicest, sweetest dogs too! They came from various situations, surrendered, “let go” or abandoned when the owners moved and left them, but took the puppies. Just awful!

These girls were either taken to local animals shelters or rescue groups. 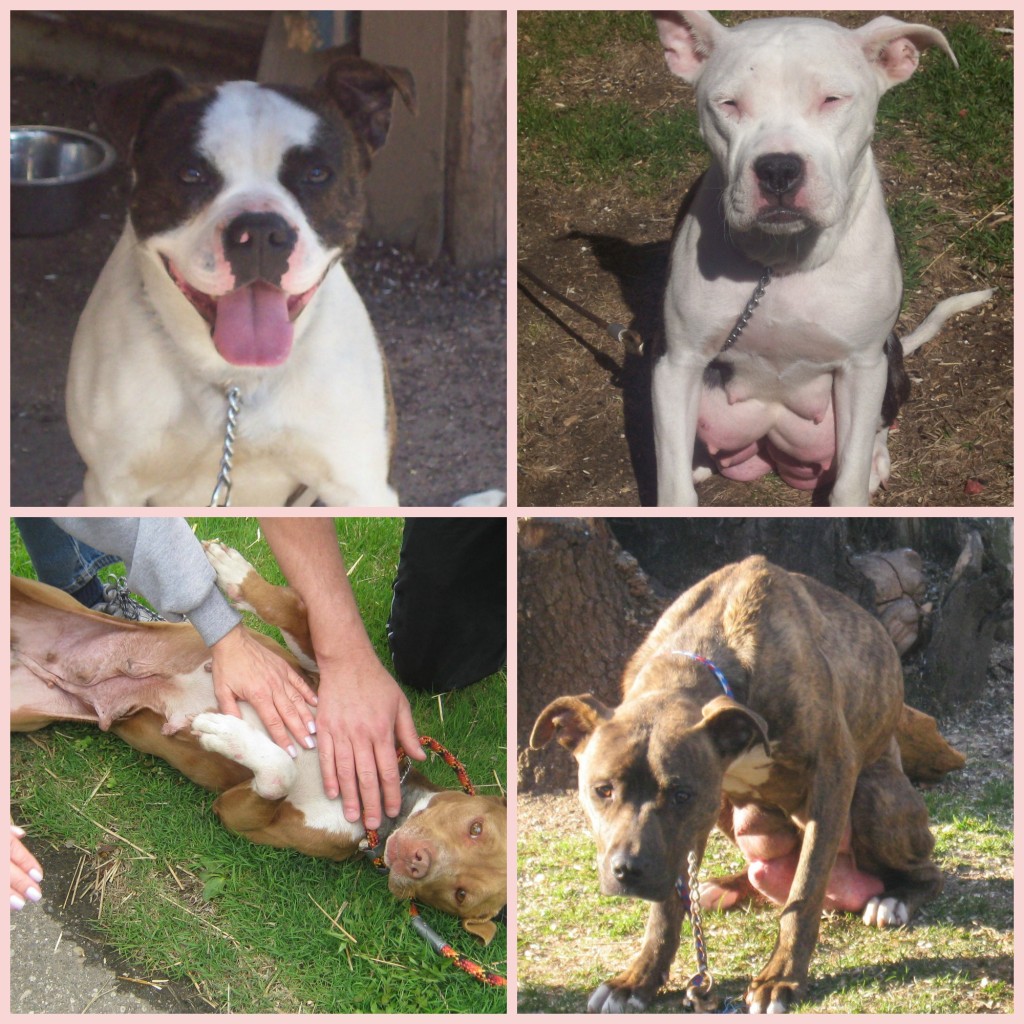