Ranger was rescued after his owner went to jail and he was left chained in a backyard for months on end. He survived from being thrown scraps and water by neighbors and a family friend that wanted to help Ranger.

Dozer was noticed chained to a front porch during an ACN run.  The team stopped to check on this sad, neglected older puppy.  Dozer’s owners really didn’t even want her so they said “go ahead just take her”. So the team did!

Ranger and Dozer were rescued the same day and were taken to the same foster home, where they became immediate friends with each other along with a few other fosters!

After being evaluated, cleaned up and fixed, both Ranger and Dozer were adopted out through one of our rescue partners!! 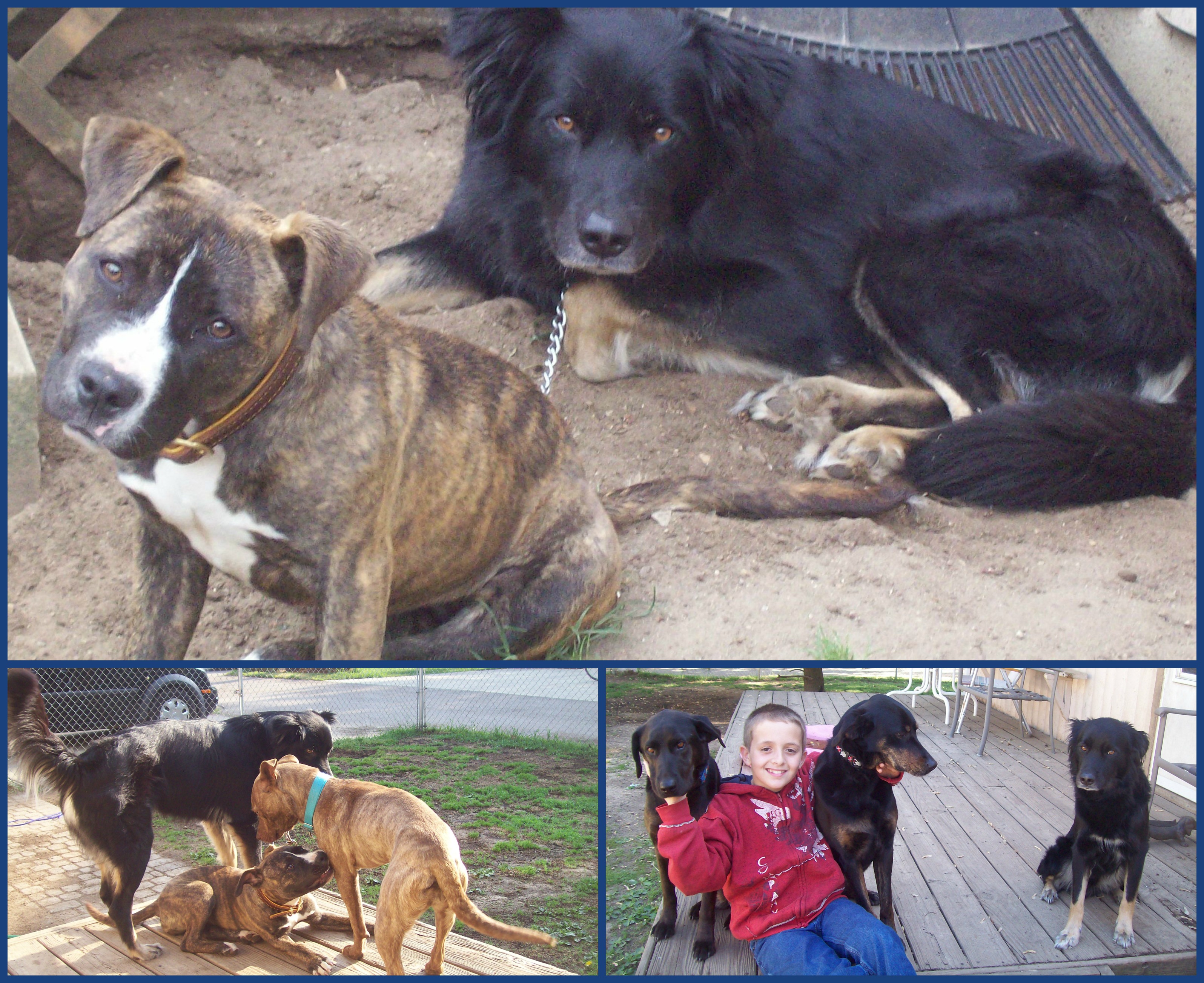