The Animal Care Network received a call to pick up Dolly, who according to the owner “used to be” an inside dog but became an outside dog. We were told Dolly was starting to look bad.

Also in the conversation we found out that Dolly’s brother had died in the backyard.  One day they found him dead in the doghouse, they had no idea what happened, he was just dead.

Concerned about Dolly’s condition ACN responded immediately and found a extremely thin, dehydrated dog that looked awful. She was filthy and covered with sores.

One thing that we always find interesting is the amount of bowls, containers, buckets, etc in the backyard, but still the dogs are starving and thirsty. There were at least 15 food/water containers in this backyard, all empty, turned over and chewed up.

As we were taking Dolly to the rescue van, we passed by the remnant of the doghouse where her brother had died during the summer, also with more bowls and containers strewn about. Dolly was so thirsty she tried to drink out of one of the mud filled bowls on the way out of the backyard.

Dolly was rescued immediately and taken to a local shelter. 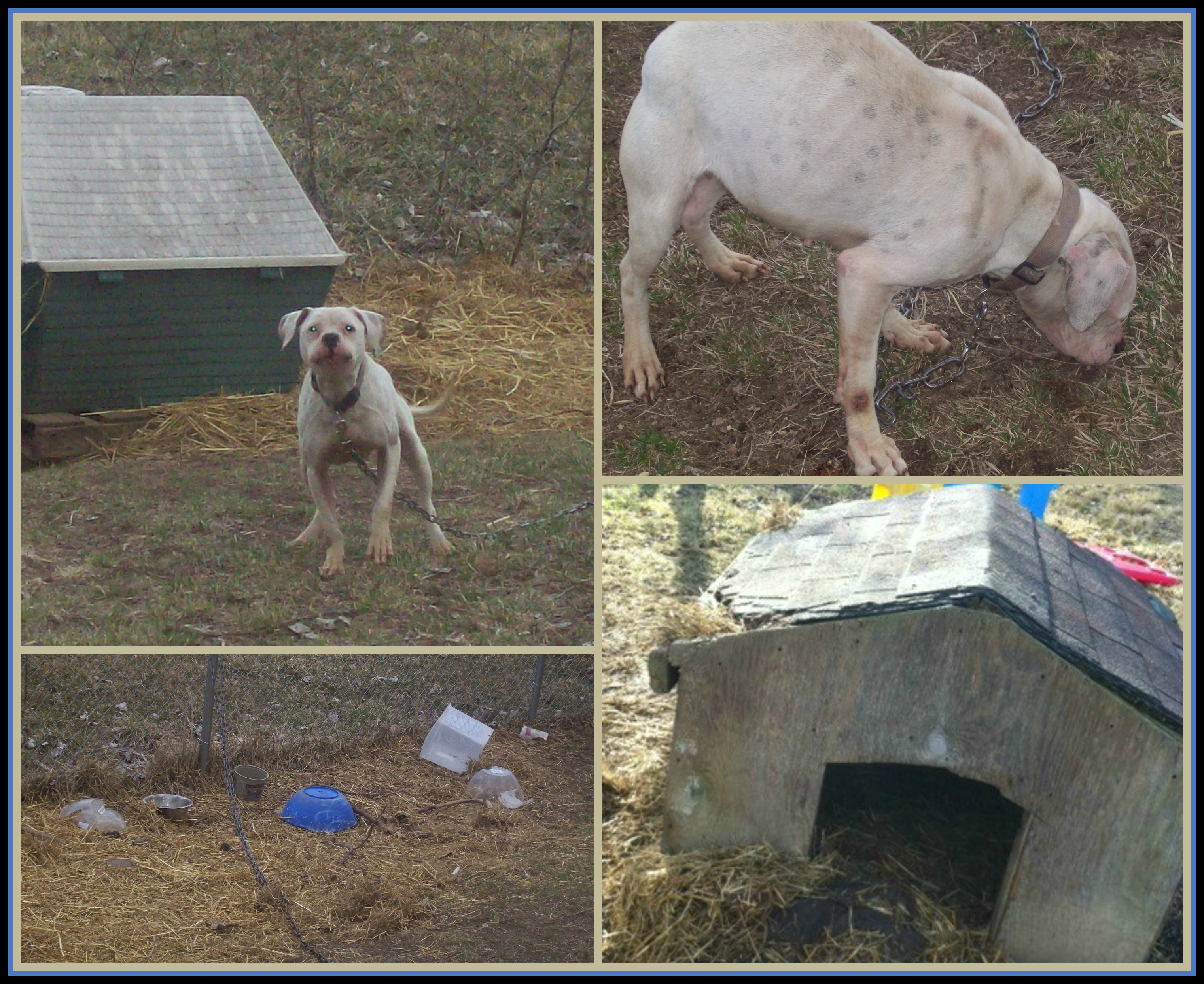