Babydoll’s owners had moved and left their dog in the care of someone that they knew; someone who was SUPPOSED to check on the dog everyday.

Well nine times out of ten, in our target areas, we find…THIS DOES NOT HAPPEN!!!

Babydoll was left in a filthy, rat infested basement and maybe got fed and watered once a week. She dropped half her body weight, got a horrible skin infection and had damage to her back legs from lying on the cement tied to a pole for weeks on end. She also had a huge tumor on her side which had burst. Absolutely heartbreaking and disgusting.

LOOK INTO HER EYES, her spirit had been broke.

The owners “found out” that she was not being cared for and called ACN to pick her up.

Poor Babydoll was humanely euthanized with compassionate people by her side. She did not deserve to spend her last weeks or months in a dark dirty basement alone. 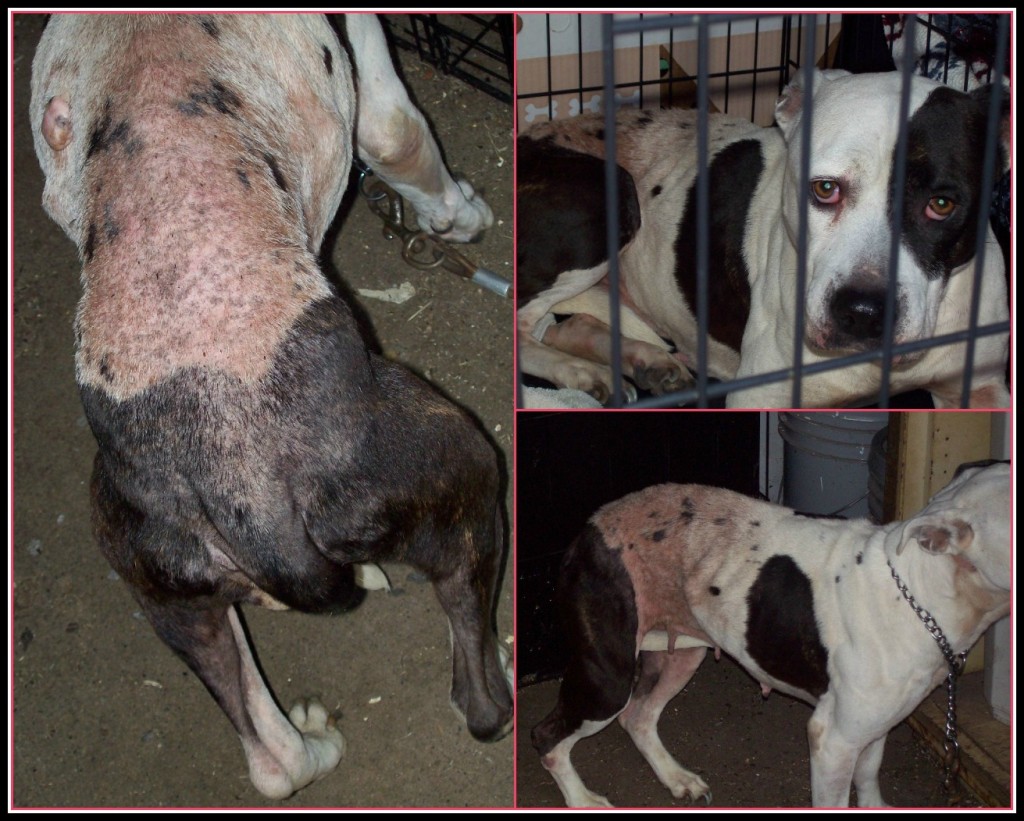