The ACN has been around for a long time, builds relationships with people and their pets and observes many children grow up.

Unfortunately many dogs in our target area either die, are stolen, get hit by cars, are given away, sold or simply disappear never to be seen again. Most dogs that we meet and know don’t live to be old. This is the story of Star and Eve.

I met Star owned by a feisty little kid named Corey in 2000.  Corey was the boss of the house and was in charge of everything, I used to argue with him all the time about getting Star fixed. Maybe the parents just didn’t want to make a stand, we don’t know. Check out Corey with Star in the Oakland Press 2001

Star had puppies in 2002 and many were either stolen or given away, but the family kept
one puppy and named her Eve.  After much reasoning with Corey’s mom, Star and Eve were both spayed the same day by ACN in 2002, over ten years ago.

The Animal Care Network has been assisting this family, Star and Eve since then………
Star (over 12 years old) died in her sleep one night recently, then Eve declined, the family
said.

The family asked ACN to help Eve join Star in heaven and so we did. So they are together again.

This is a story of history, hard knocks and actually getting through to a family.

In our work, most dogs do not live as long at Star and Eve did 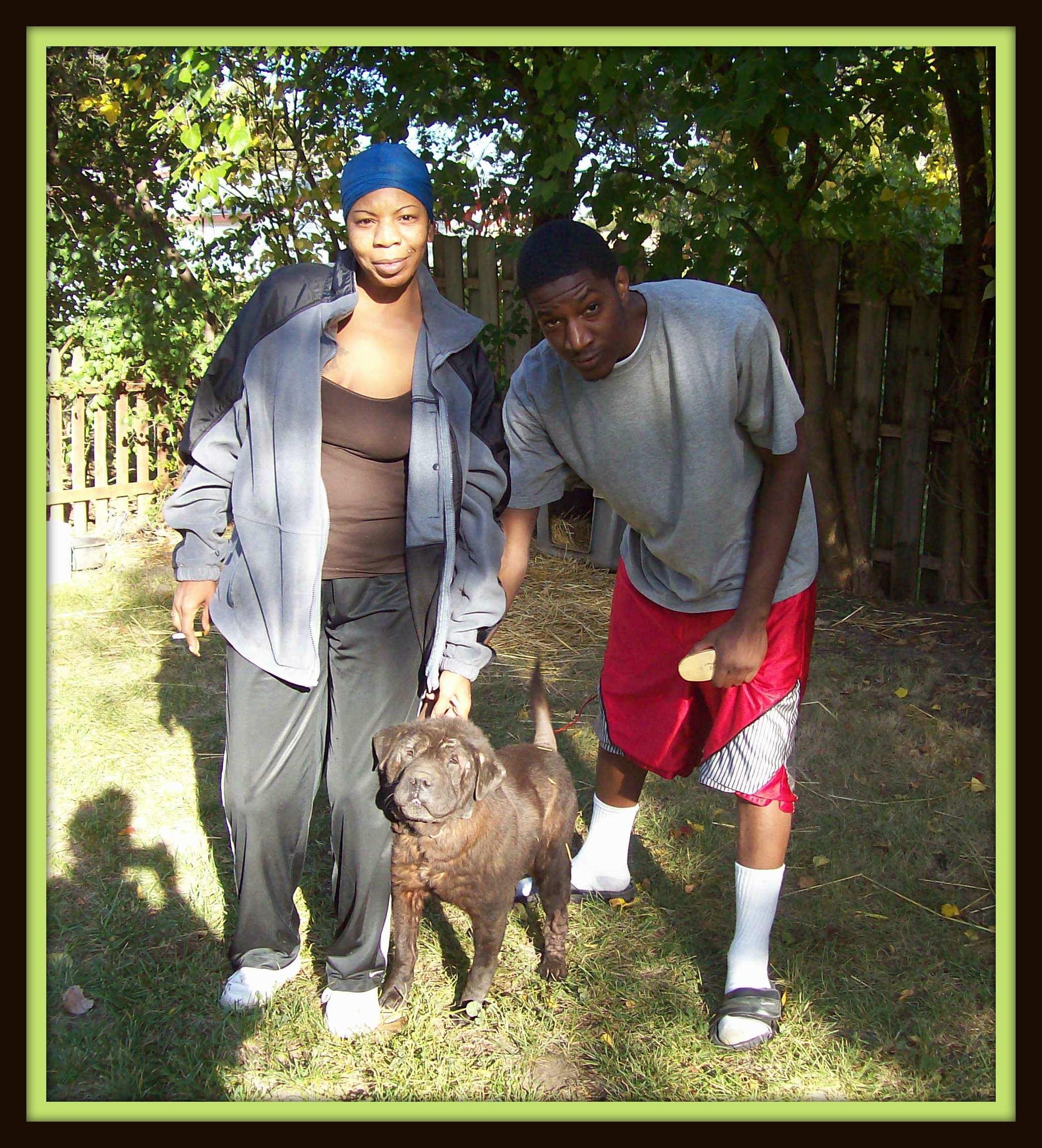 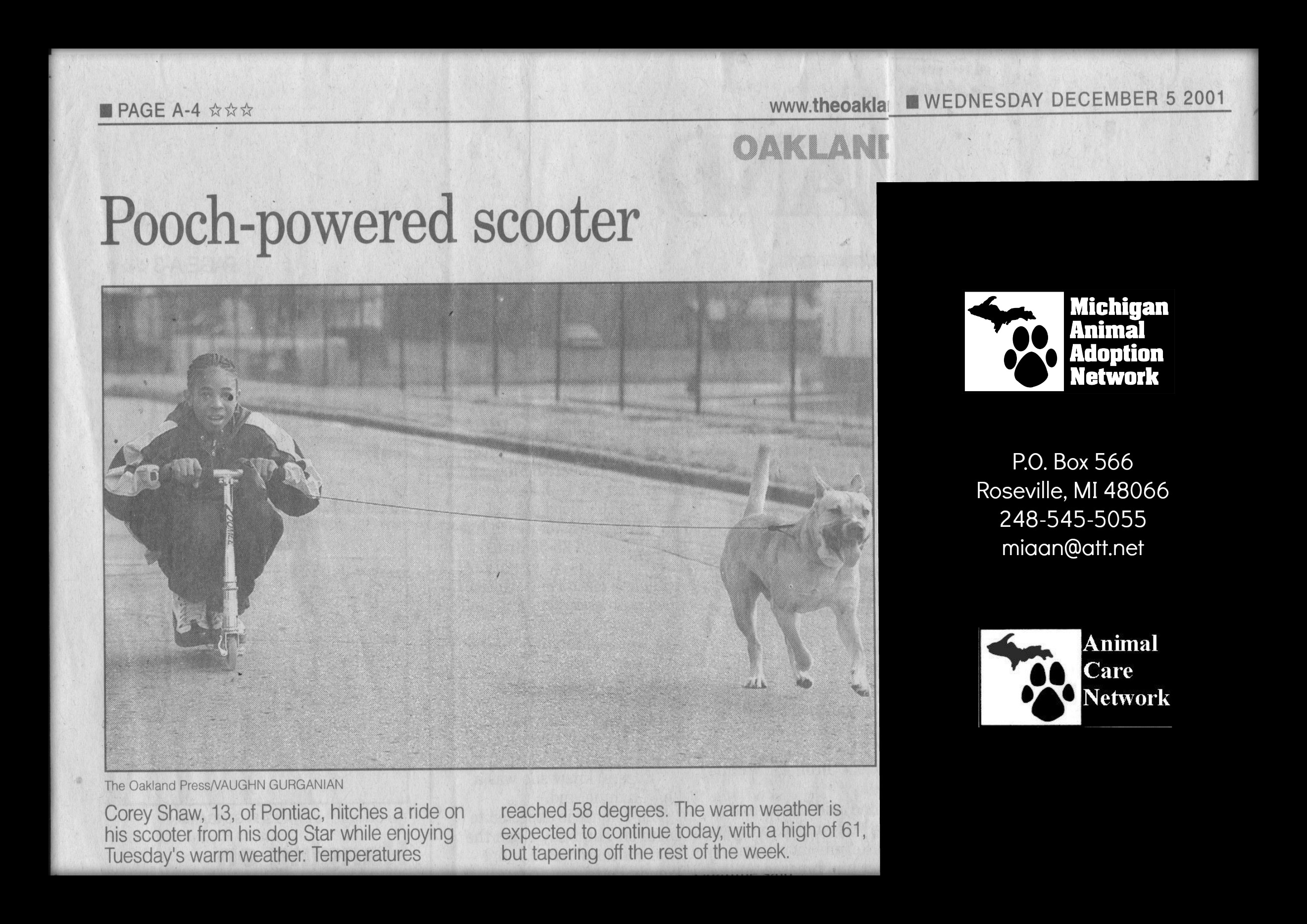