ACN received a call from a homeowner working on a vacant house.  They noticed this weak, starved dog tied to the dumpster unable to stand. ACN responded immediately! Who knows how long she had been there! 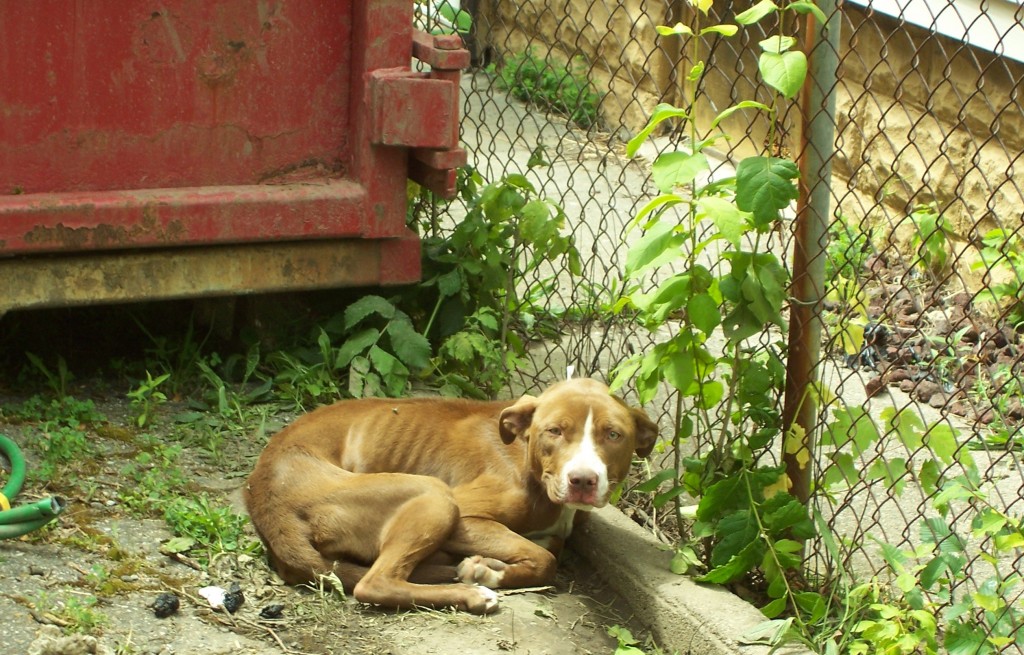 When she saw us, her little tail started wagging and we cut her free and carried her to the rescue van. We offered her just a little food and water, because clearly she hadn’t eaten or drank in quite awhile.

She also had two thin ropes tied around her neck for so long the circulation had been cut off, leaving the area in between extremely swollen.

Heidi is now recovering in a foster home from her ordeal. We shudder to think what would have happened to her, had we not received this phone call. 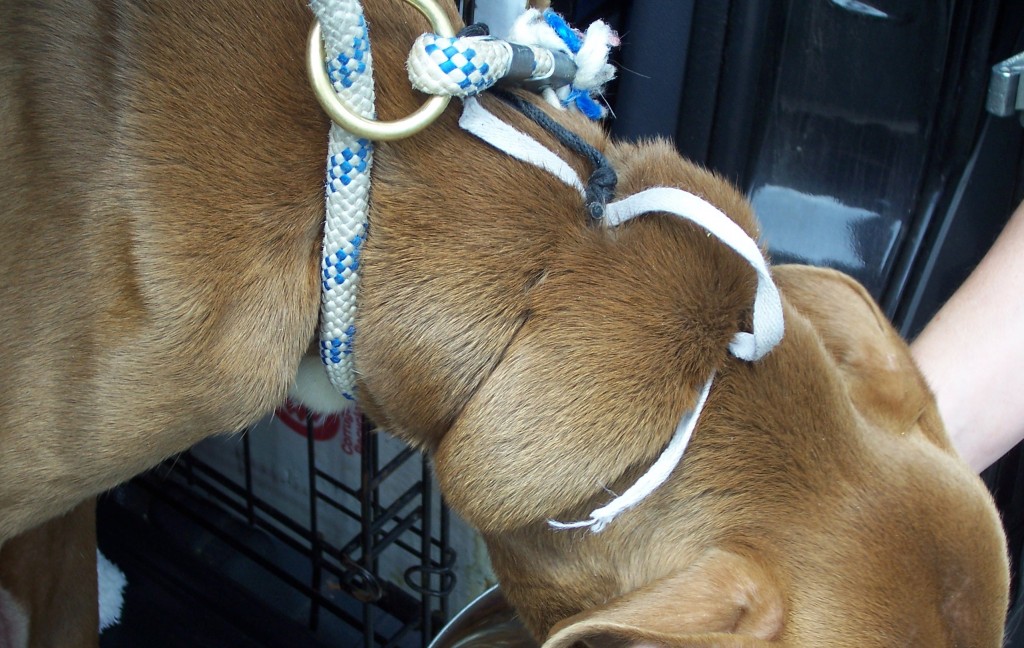 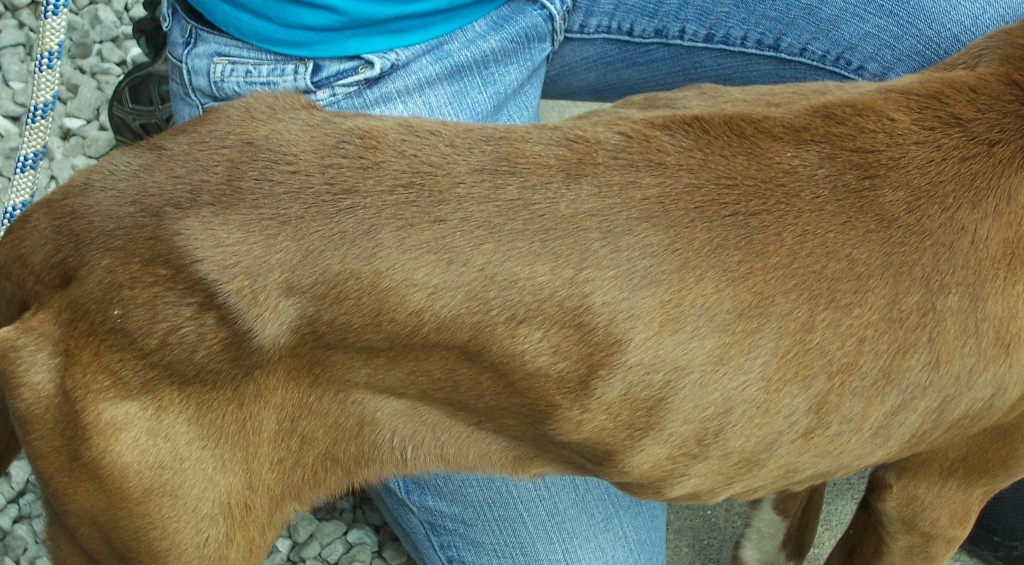