These poor dogs were rescued during this terrible heatwave after being left in someone’s backyard by a family member.  This person just took the dogs over there, chained one up, put the other in a wire cage and left.

Thankfully someone reported this to a local animal shelter and ACN responded imediately.

One dog had dug a hole to keep cool, the other was stuck in a feces filled wire cage with horrible mange. Both dogs had dirt in their bowls and were covered with flies. It was disgusting. They were both very happy to be rescued and even happier to have water!

The dogs were taken to a local shelter. 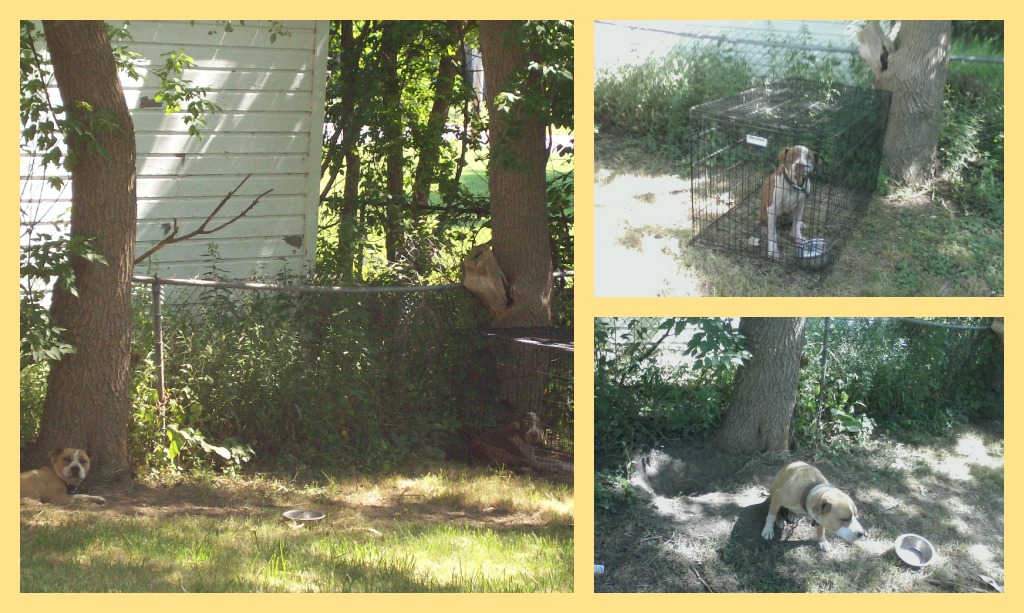