The ACN teams do not give up easily when a dog or cat is in trouble. For weeks a resident was calling about a dog that would come to her house every evening and lay in the driveway by her sprinkler which was on to water the grass. She had seen the dog dumped out of a car up the street weeks earlier.

The dog was so smart he kept coming back to get water by the sprinkler and the lady would leave treats and snacks for the dog, but he would run if she tried to approach him, then she found out about ACN.

ACN volunteers combed the streets but never saw the dog, however because of the dangerous heat spell, a large live trap was set and the dog was caught the same evening.

This thin guy, covered with wounds, was quite happy to be rescued and was taken to a local shelter. 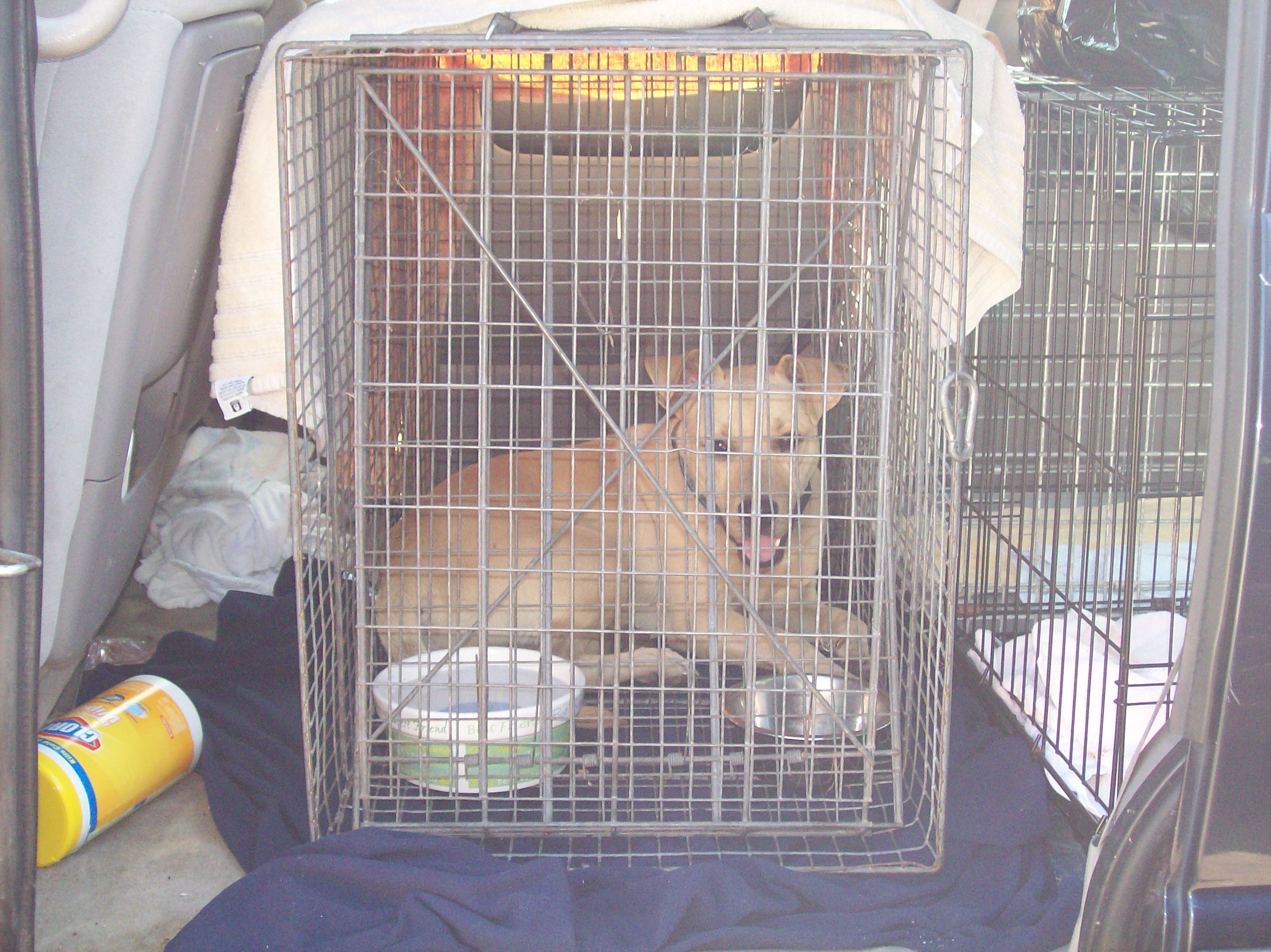