Many people in our target areas have difficulty taking care of one or two dogs, let alone FIVE.

They start out with one or two and next thing you know a few months later they have moved out and there are FIVE dogs which need immediate rescue. ACN normally gets NO notice on situations like this. When family members, friends or neighbors call we must respond immediately. This situation was extremely dangerous for these dogs due to the heat and we were also told by neighbors that not so savory people were attempting to steal the dogs for dogfighting or to take them to another undesirable backyard!

In ONE HOUR this particular day ACN had rescued 6 pitbulls and pitbull mixes, who were transported to local shelter or foster homes. They were so hungry and thirsty and happy to be rescued!

Unfortunately situations like this arise on a regular basis and sadly it is impossible for us to save every single one of them. Many of these poor dogs are in very bad shape and expectedly have temperament problems from how they have been treated and the abusive and neglectful environments they are been exposed to. 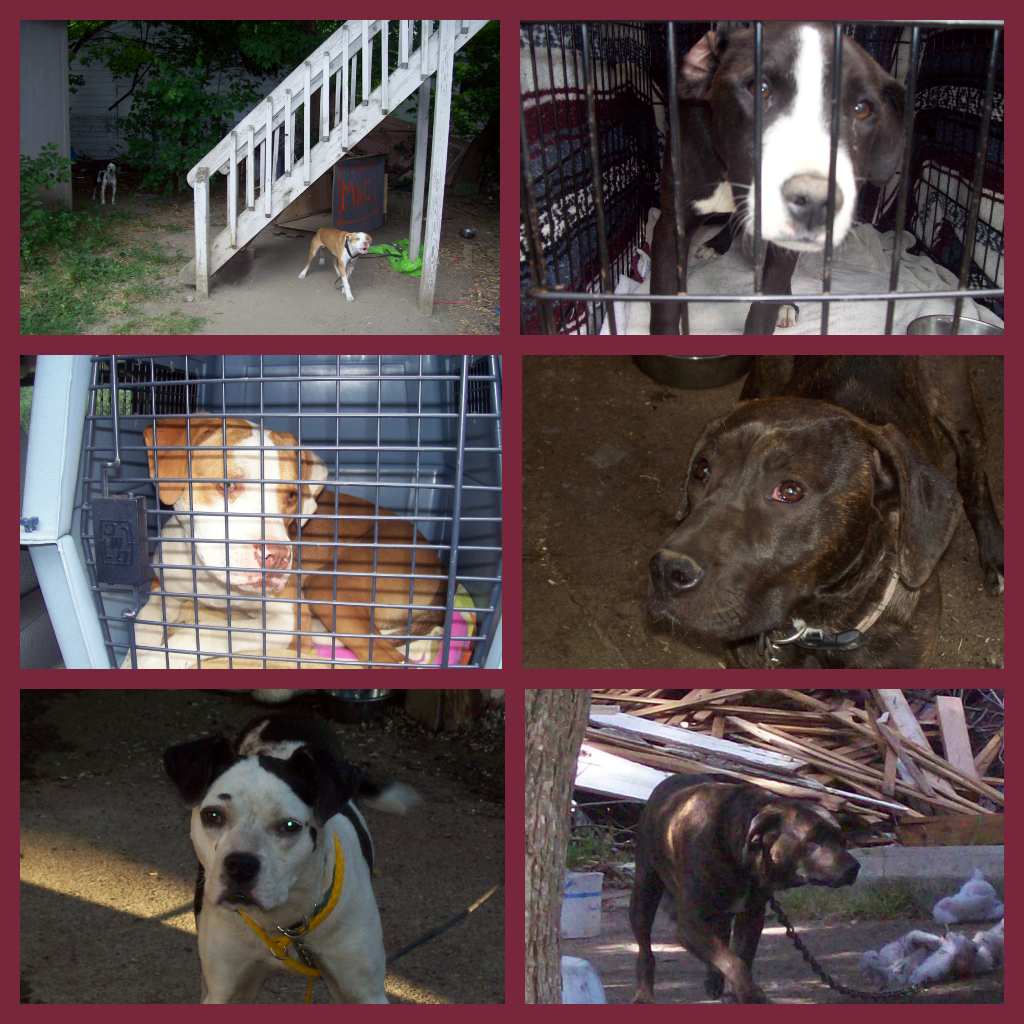