Along our journeys on the streets we meet some truly kind, caring pet owners that have fallen upon hard times, but love their dogs and cats.

The Animal Care Network met Chris, Una, Buster and Tubby in July.
Chris had lost his job and transporation and really needed some help or thought he would have to give up his two dogs and one cat.

Una and Tubby were already fixed, so we first insisted on getting Buster, a very feisty female pitbull mix spayed and have her skin checked out! We then continued to help Chris with dog and cat food. Like many rental homes in our target area, Chris’ house was falling apart, leaking and having many problems.

His parents wanted him to move out of state where they were living, so after no luck finding work and no repairs being done on his house, he decided to move. Chris talked with the ACN about this decision and we committed to helping him make this happen!

The ACN had two large airline carriers donated for his dogs to fly in and it was our pleasure to help him and his dogs and cat get to the vet to be updated on shots and to get the health certificates required to fly on a plane.

Chris, Una, Buster and Tubby made it to their destination and sent a note to ACN saying they made it safely and that he couldn’t have done it without our help.

Sadly, many people think when they move, they have to give up their pets for various reasons, but this guy went above and beyond to make this move happen with his pets in tow!!! We just love this story! 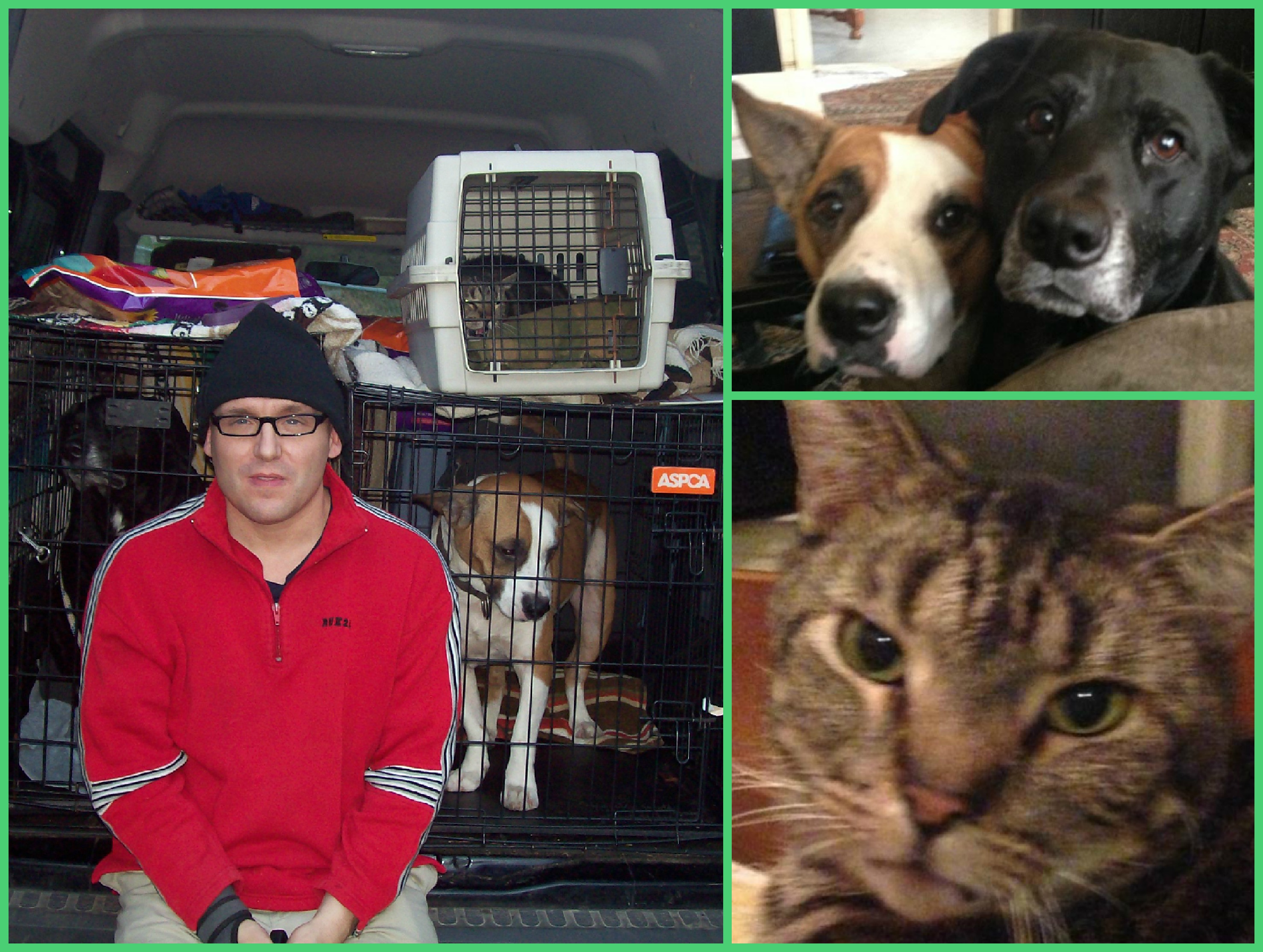