The ACN is so proud of our dear friend and fellow humanitarian Dave Coleman, who is being recognized as a “Game Changer” at the Detroit Pistons game on Friday 12/21/12. This award recognizes people that are making an impact within their community!

Dave is the founder of Quest to Make Change in Pontiac and we have been partnering with him for over 10 years to host the Pontiac vaccination clinics for dogs and cats at his facility.

He is definitely on of our heroes and this award couldn’t go to a better person!! Bravo Dave! 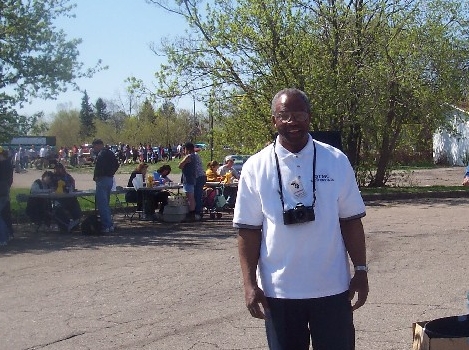 AUBURN HILLS, Mich. – The Detroit Pistons will recognize “Game Changers” Jermaine Jackson and Dave Coleman at upcoming Pistons home games in December for making an impact within their community.

“The Game Changers program celebrates individuals throughout Michigan who are making a difference in their communities through service, leadership and volunteerism,” said Dennis Mannion, Palace Sports & Entertainment president and CEO. “The Detroit Pistons are honored to say ‘Thank You’ to these two Game Changers for the hard work and passion they have invested in their communities.”

Once in danger of closing, Jackson, a Detroit native, opened the Jermaine Jackson-Cairns Community Center in Mt. Clemens in March. The center serves children, adults and senior citizens, providing various classes, tutoring and other services. Jackson, who attended Detroit Finney High School and played five seasons in the NBA, also operates the Jermaine Jackson Basketball Academy out of the center.

Coleman is founder of Quest to Make a Change (QTMC), Inc., where he has spent the past 16 years serving the Pontiac community by hosting monthly food distributions and Thanksgiving and holiday dinners. A General Motors retiree after 39 years, Coleman also hosts motivational concerts for youth.

Jackson and Coleman will be acknowledged during those respective Pistons games with Palacevision video features highlighting their service and a welcoming by Pistons players pregame.

Groups or individuals can be nominated as a Game Changer by community members, friends, or family by going towww.pistons.com/gamechangers and clicking “Nominate Now.”

About The Come Together Foundation:
Re-launched in August 2012, The Come Together Foundation is a designated 501(c)(3) public charity. It was originally founded in 1989 as the Pistons-Palace Foundation, a private foundation. The mission aims to utilize the foundation as an effective tool to support overall Come Together vision and mission by strategically collaborating with community organizations to raise awareness and provide financial support in areas of volunteerism, youth leadership and those identified as NBA Cares sponsored programs.