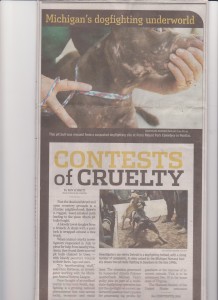 In 2007 I was able to assist a local shelter rescue 3 pitbulls that were chained in a patch of trees in the middle of a cemetary of all places. The surrounding homes had heard horrible noises in the middle of the night and then a groundskeeper heard crying and discovered several bloodied, injured dogs chained to trees with  very heavy tow chains, well hidden. The vision of these dogs remains in our memory to this day as we rescued them from this secret, horrible place.

During an article about dogfighting, one of these dogs was featured on the front page of the Detroit Free Press, so badly wounded and torn up. Her name was “Ivy”.

Ivy  was up for adoption for two years and finally adopted by some pretty cool people. Well guess what? I got to see Ivy the other day, 5 years later and it was amazing. Ivy is trained, rides around in the back seat of a car and the only memory I could see from her abusive, fighting days is her torn ear.

Kudos to the shelter that found the perfect home for this dog and also to the family that adopted her! 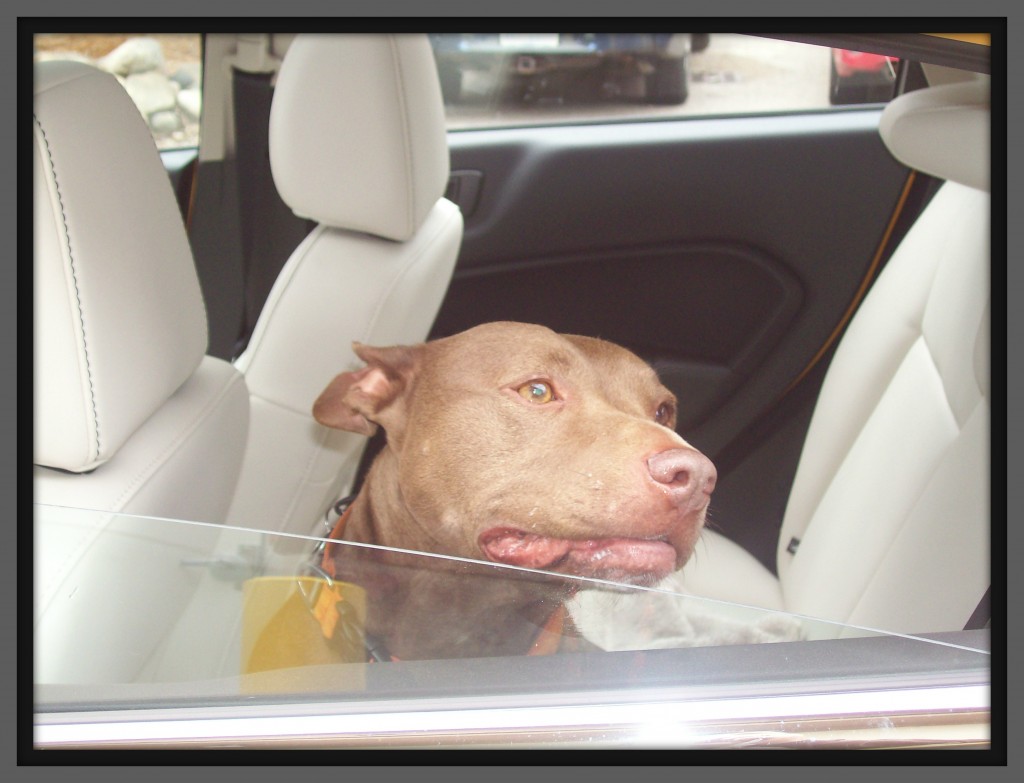 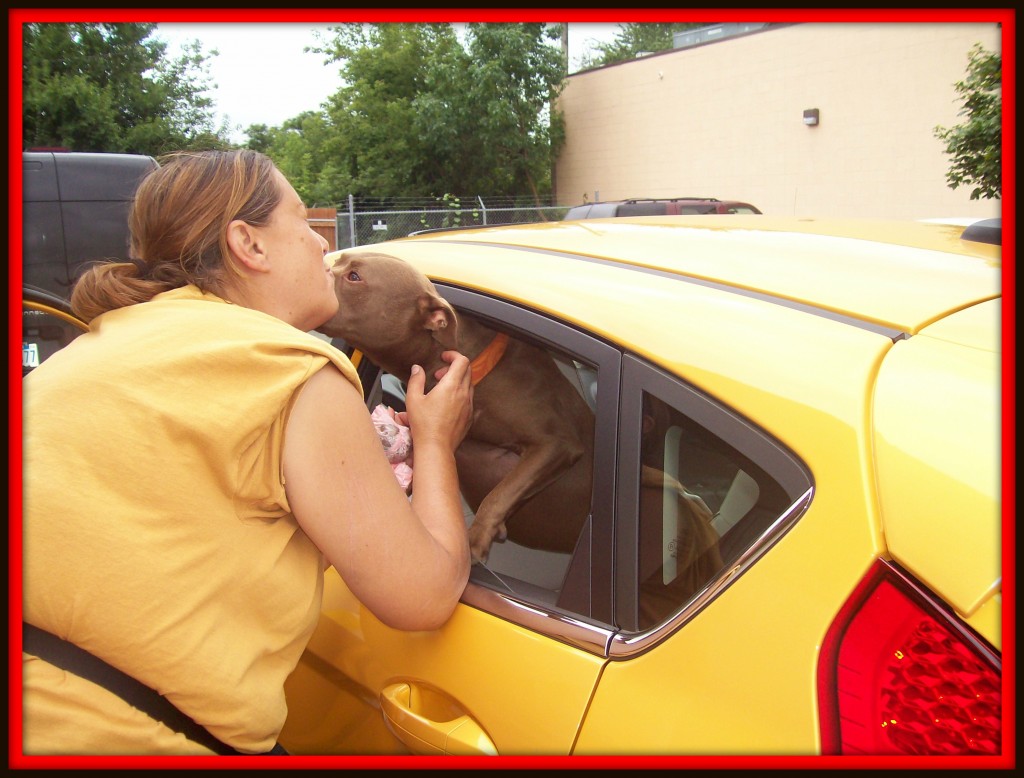