Seems like lately there is a terrible pattern of people moving and leaving their dogs and cats behind. What a horrible, senseless trend. Have we come to a point where it is better to abandon an animal than to take it to a shelter or have the animal picked up by a shelter or rescue group? Are they better off fending for themselves in a high risk area than being safe at a animal shelter or rescue group?

Sid was left behind when his owners moved. Once again the new resident flagged down ACN to tell us about the cat and Sid was rescued. He was severely infested with fleas, starving and had a bad wound on his jaw.  Sid is being treated and will soon be available for adoption.

In our target areas, animal control does not pick up cats, so the cat and kitten population is difficult to keep up with. 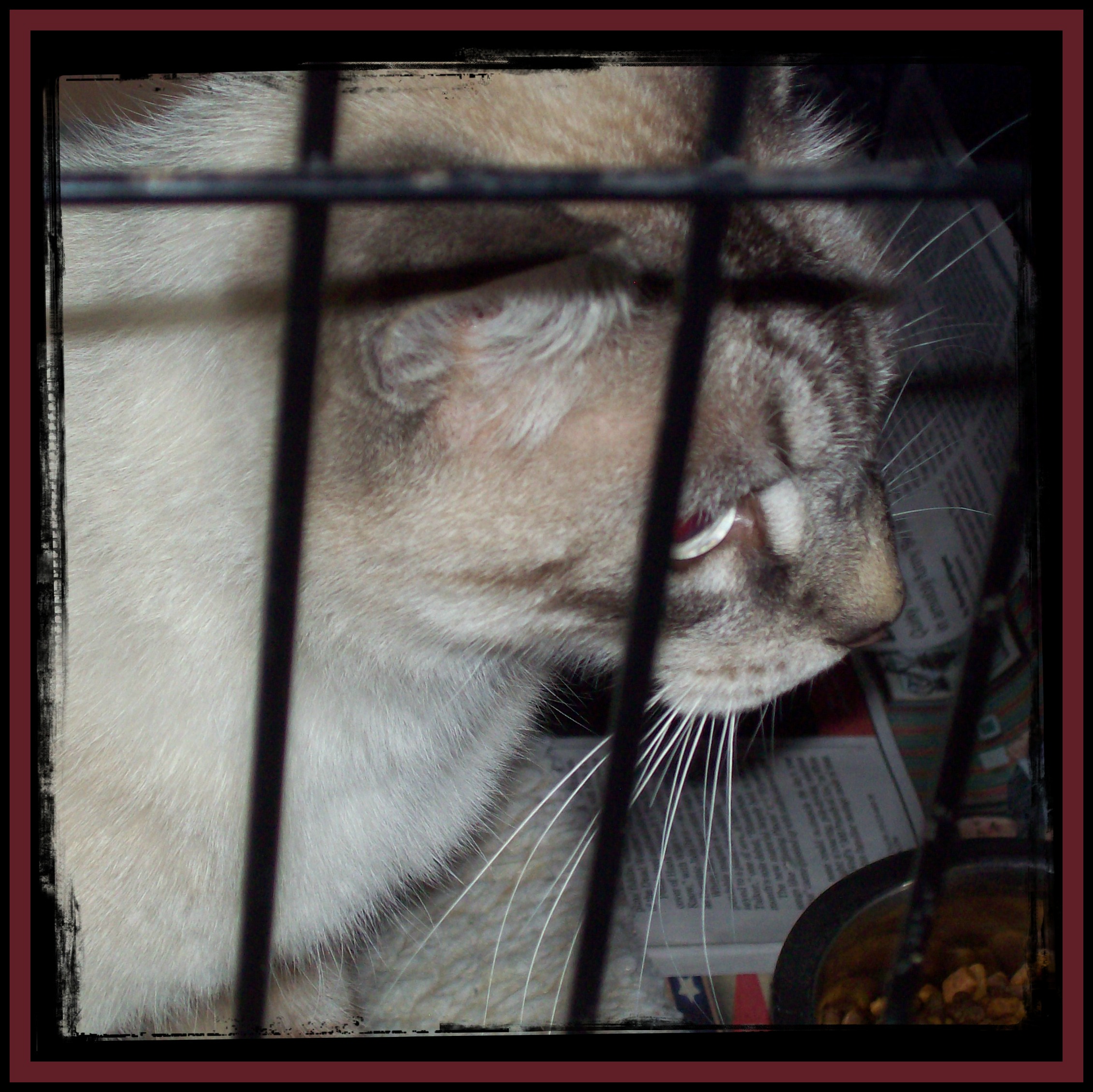