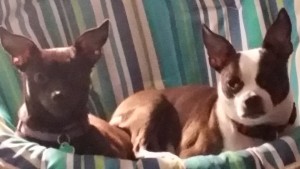 Pam’s efforts were far and wide.

Lacey and Flea took several hours to track down in the dark in Inkster, but of course track them down we did. We knew them from their original home, where they were cared for and both were fixed by ACN. Luckily that original owner had kept tabs on them and she was the one who called us, pleading with us to go get them. 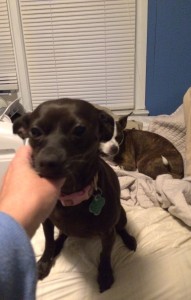 Mindy was leaning up against her truck talking to Pam outside of Michigan Animal Rescue League, where she had kindly arranged for them to go. It was meant to be because that was the last time Mindy saw her. Knowing she hadn’t been well, we gave her a little card and kicked the dry humor into high gear by forcing her into a “full on hug.”  (Usually it was side hugs…)

She looked a little pale, but was still the same Pam. Smiles…all grins with hints of that dry humor of hers, all spilling out over the leashes around her neck, baseball hat and well-worn ACN sweatshirt. 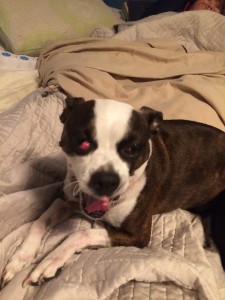 And just like Pam, she graced Mindy’s gas tank with $10 for making the trip.

And that was our Pam, wasn’t it? Not always graceful maybe, but in every sense of the word, she had grace. She was grace.

As we move forward together as a Team, we know she will be guiding us from above.