The spring thaw means different things to different people. Most animal people will complain about the sudden need to clean up a winter’s worth of once snow covered poop! With us, the spring thaw means coming across an ample amount of dead dogs. Eleven was one count from Inkster in over just 2 months. This dead dog was in Detroit, but whatever. Does it really matter? What do you think was in those bags?

Random streets, random houses…doesn’t even have to be an abandoned street. They are everywhere and anywhere. There is no pattern. Some are ripped apart, obviously been fought. Some are completely emaciated, maybe a stray you passed and didn’t know what to do with so you kept going. Some look healthy enough – maybe a male dog out chasing a female in heat and got lost then was hit by a car and someone simply moved it to a field, could be, you don’t know. Some look like they just curled up and fell asleep, froze to death. Many freeze to death in a backyard then later are moved to a different location.

I’m going to say that again because it’s so disgusting: many freeze to death. The snow goes, the dead bodies surface and we trip over them. Literally.

So to us, the spring thaw means the sudden surge of what is just unspeakable, although we have to speak about it. I guess. Not going to make The Thaw of 2015 any better because no one knows where 10 out of 10 of these dogs come from. 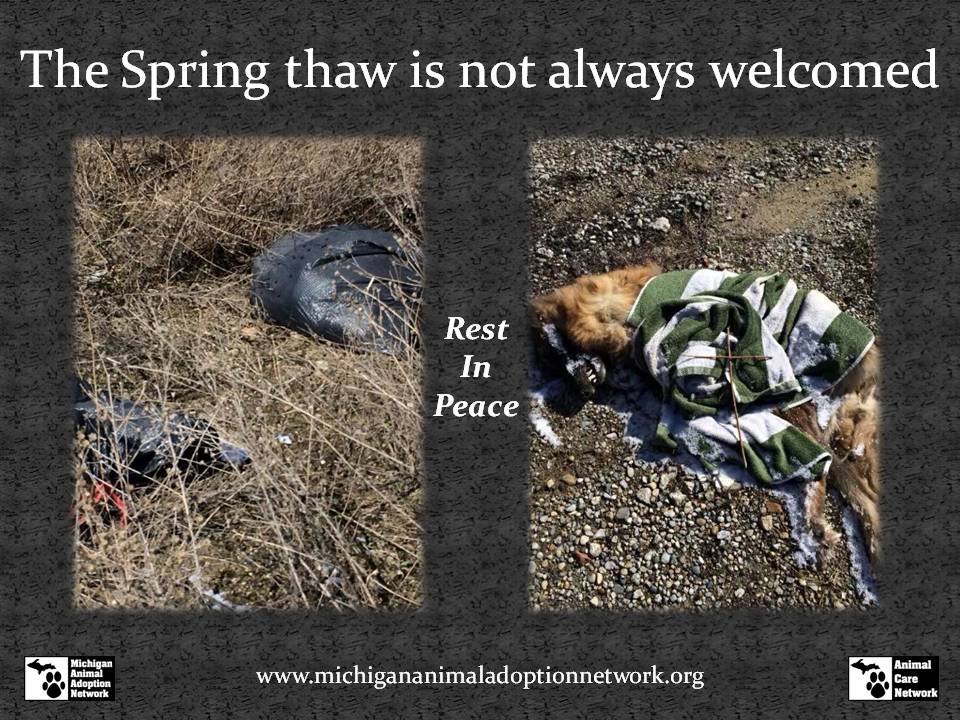