There were so many pups in the room during Apollo’s reign that at one point the older puppies were attacking and killing the new litter. (Sorry, but in this particular situation, the lucky ones died as the owner could not afford to take any suffering ones to the vet…their death would have been, was for 2, slow and painful.)

Why do we get many litters in stages? At first usually just too many, owner is overwhelmed and we wind up once again bottle feeding around the clock. Then when they puppy stage becomes annoying and they aren’t selling we’ll get called to pick up 1 or 2 more. After that maybe 1 is looking really bad, wont sell, come pick up. Then, after asking for dog food, they ALWAYS keep 1 or 2.  Very often a few weeks later, we get called to pick up one of those. The dog isn’t looking good, won’t put on weight, maybe he has the worms. Then after several weeks or months, their new dogs are no longer cute and no longer have manageable personalities, please come get 1. The last remaining dog they refuse to surrender from that litter will then live out his life on a chain. Even people in areas where we have been going for years and years can’t sell aggressive puppies. We know many people think this is a common thing, make a young dog aggressive on purpose, but it isn’t. The various forms of aggressive behavior generally come to be simply because the pooch has just been treated awful since birth.

In the case of this address, we paid for Apollo. We took up a collection and offered the owner money. And as a side note, you would be surprised at how often offering money does not work.

The picture of the 2 little puppy butts? One is that of Apollo, several weeks ago, the other that of his sister Lucy who was given to us that day along with the mommy dog. (both are now healthy and doing fine) Look how tired mommy dog looks. She slept the entire way to the vet on our laps. Peace at last. 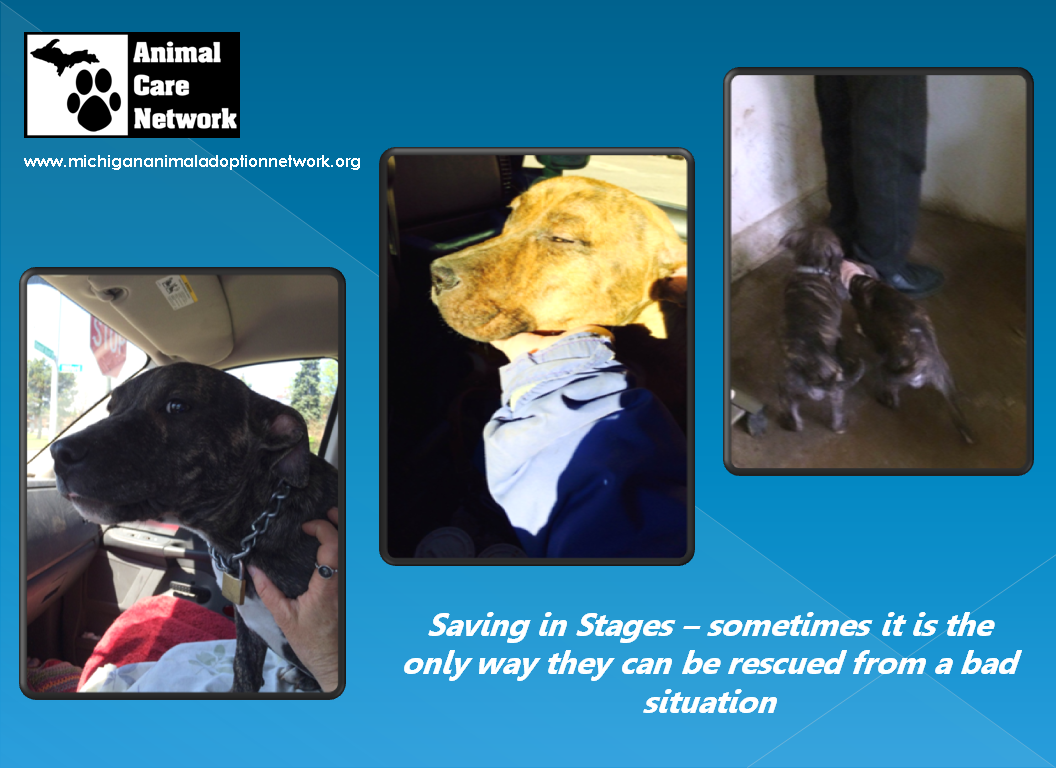