That’s right. He is missing part of his leg. Gone. Ripped off. Still pieces of flesh dangling down painting the snow red.

How did this happen? We don’t know. What we do know is that a family living in an old dilapidated house next to some train tracks and a bunch of rubble, reached out. They reached out for 3 days, trying to find help for this horrifically wounded dog, who had perhaps found them and their hospitality by some divine intervention. Keep in mind this
is during freezing cold weather, he had burrowed into a hole amidst garbage and clutter.

Even without transportation, even without much ability to walk, the people at that house kept trying to reach out for help. Undoubtedly, without their persistence the call that eventually led to the Inkster ACN managers house may have come too late.  The volunteer went out right away, quite honestly not knowing exactly what “missing a foot” would turn out to be. (and this is EXACTLY why we check every call, no matter how many exaggerated ones we receive)

There was no growling from the dog as he stood there on the opposite side of some remaining steel posts. And nothing about his demeanor screamed attack. Even if there had been some growling it was irrelevant because that dog wasn’t staying there, and besides, that’s what control sticks are for.

Lots of Vienna Sausages and 30 minutes later, Christopher was being walked over the snow and ice, safely in the arms of the volunteer. “No more painful walking baby… you are with us now, we will carry you.” Christopher’s entire body was filled with infection, his bone and tissue exposed. He was humanely put to sleep with loving hearts and loving hands.
We are forever, deeply affected by Christopher’s story. His perseverance, his gentle soul and mostly, his grace.

It was my honor to get you out of there, my sweet tired boy. 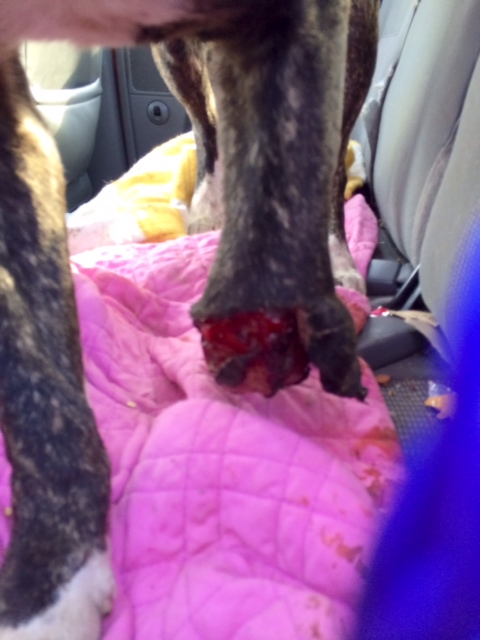 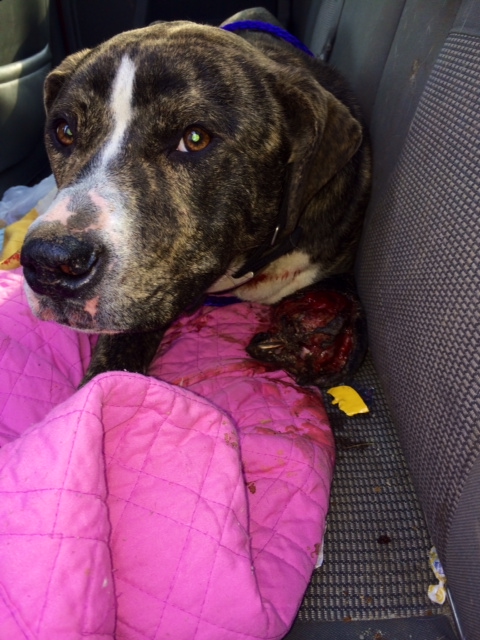 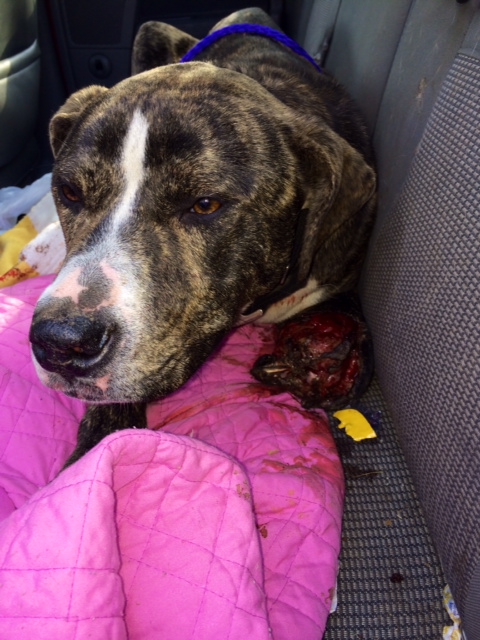 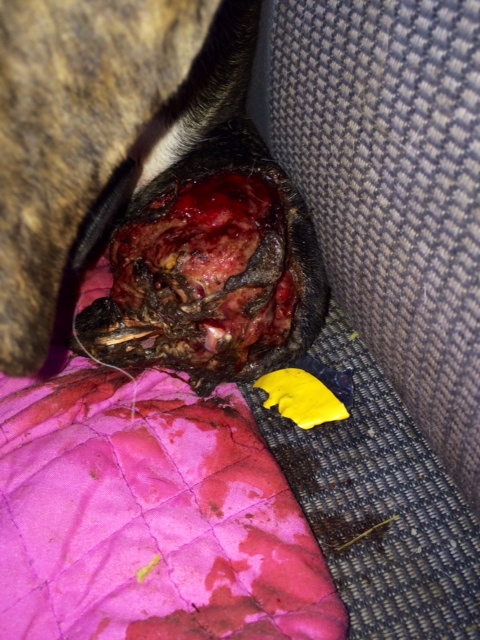 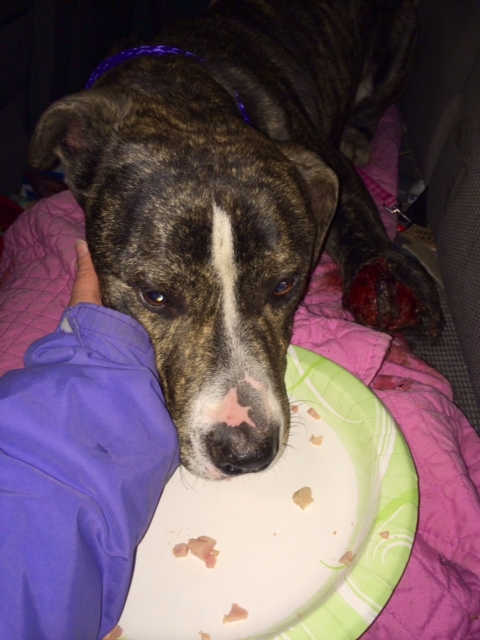