This poor dog was overlooked and left behind by a few other rescue groups. He did not look adoptable and had severe mange. He was in a very bad situation, chained in a backyard, was being starved, was dehydrated and extremely sick from this skin condition which was left untreated for years. His body was filled with infection and his system was shutting down due to lack of food and water.

The owner admitted he did not have any money for vet care or food and wanted someone to take the dog, but this did not
happen until Mindy found out about him. She did not care if he was adoptable or not. She was getting him out of this situation.

Mindy went immediately and picked up Tiger. The owner stated that two other rescue people had come to get Tiger, but left without him. Maybe he didn’t look desirable enough or maybe they had nowhere to take him, we don’t know.

Sadly Tiger had to be humanely euthanized, but that was by LOVING AND CARING hands and hearts that shed tears for him.

He did not suffer, wither away and die in the backyard alone, because he did not look good or did not act good. Even if we had to keep him in our vehicles all day and night, we were not leaving without this poor suffering dog.

Sadly in our target area and in many situations, we are unable to save every single dog and cat due to the abuse and neglect they have suffered at the hands of their owners.
Rest peacefully in Heaven Tiger, we are sorry that we did not get to you sooner!! We will not just walk away! 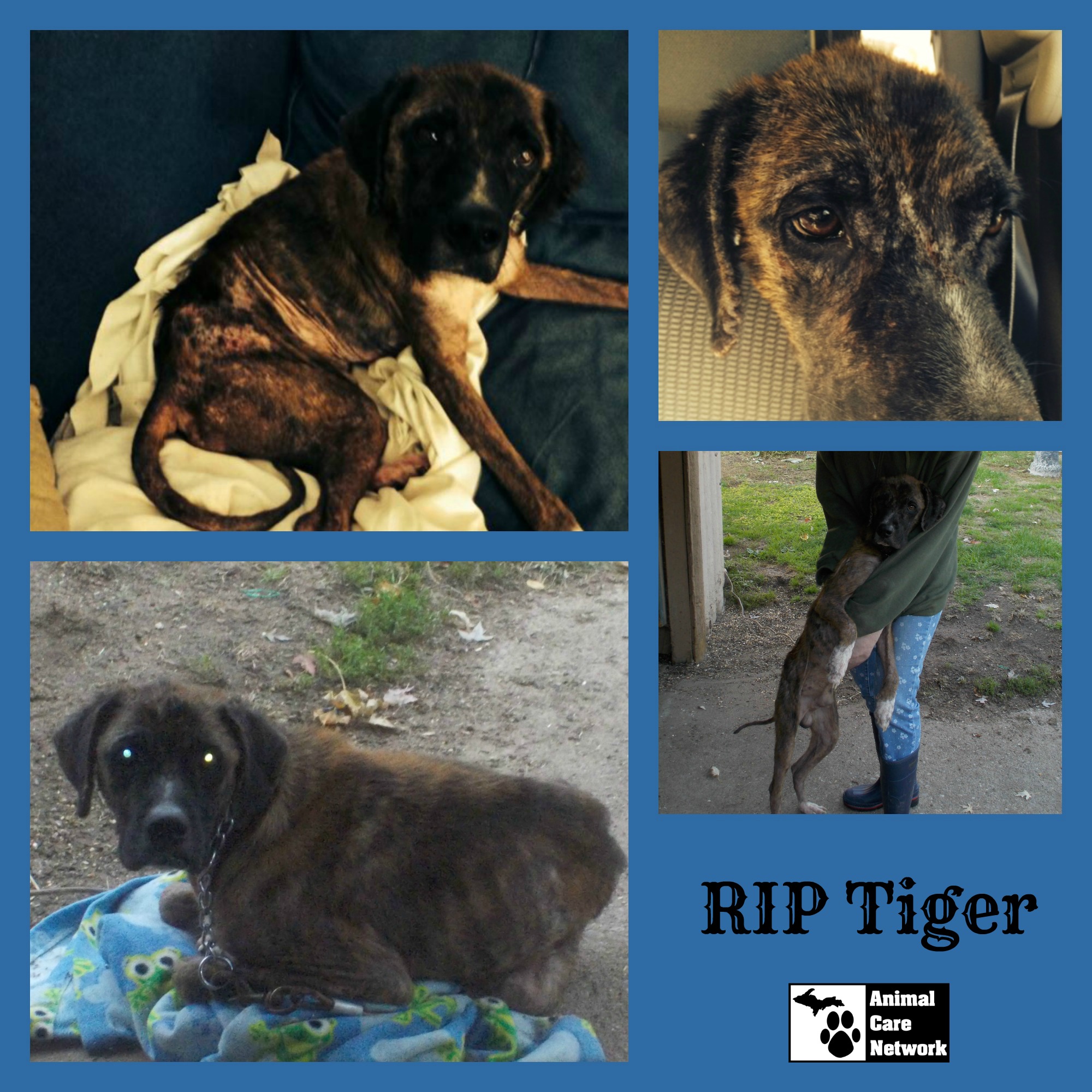