A nice lady from ACN picked up my emaciated mommy a few weeks ago. She could barely stand up. I had to stay in a crate in the basement with my 8 or 9 or 10 siblings and watch as they walked away. Some of my sisters were sold. One came back even crazier than when she left and rejoined us back in the crate. So then we all became a little crazier.

I’m scared right before I go outside because I’m scared of coming in. So I guess I’m just scared of the back door itself. I’m scared to go down the stairs because I never know when I might get pushed. I’m scared to go up the stairs too because the backdoor scares me…and maybe I’m supposed to be going back down, or up, or something, I don’t know what…whatever it is that won’t get me in trouble.

I am a terrified puppy. 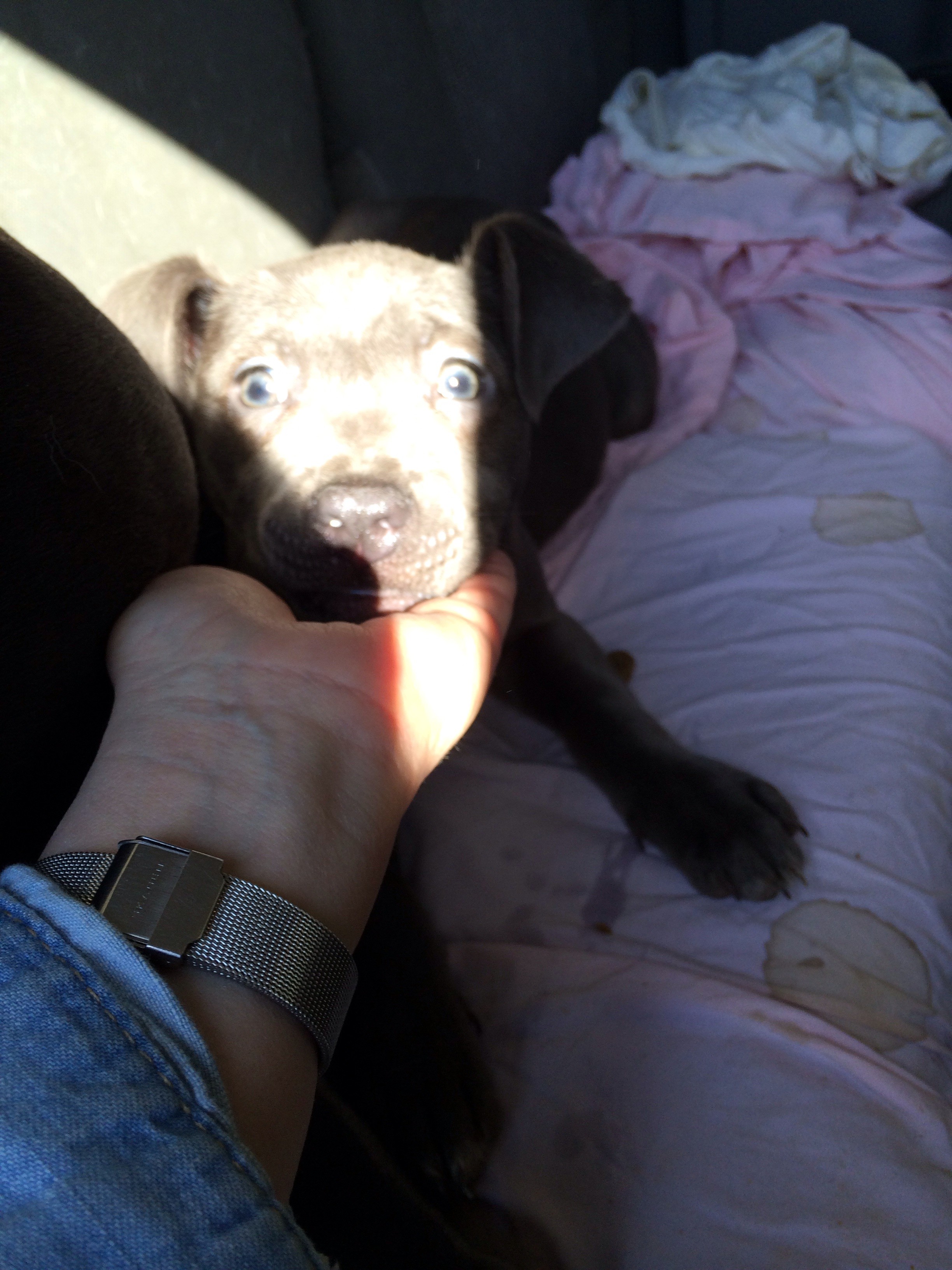