And yet one more dog that didn’t even move as we approached him. Just laid
there. Wondered if he would even live…not that this was living. A bag of bones. Literally,
just a bag of bones. The call said he was a greyhound. Greyhound, Bloodhound…Chiweenie…what difference does it make when you live under a
tree. And thank god for that tree, a big tree with long reaching branches full
of leaves, for it was his only shelter. His life.

Ran up to house, knocking on the door praying the same family lived there who had given us cats in the past. Same family. The kids answered and followed us out to their bag of bones under the big tree. Our heightened concern for their dog was well read and the 2 pre-teens had him unhooked and inside out of the 90degree heat within minutes. Whether their reaction time was fast due to worry for the dog, or worry for them, it was irrelevant because what the dog needed was water and water he drank and drank. He was so emaciated there wasn’t any need to even do the usual dehydration tests. Just drink some more baby…easy does it.

This is where the story takes a little bit of a different turn from the typical:
This dog came to be in this backyard by way of Petfinder. A search for Bloodhounds, a breed his owner “had always loved and wanted” and within no time their puppy arrived from Missouri in a crate. He came complete with all of that awesome AKC crap. One was a ridiculous Pedigree Family Tree Certificate, proving once and for all the level of insanity running rampant in that organization.

The little guy wasn’t well coming out of the gate, in a nutshell. He arrived sickly. And again in a nutshell, when you aren’t healthy and wind up in a home that cant keep up with you medically, on top of a home that leaves you outside with random food and a tree for your best friend, well, you just don’t stand much of a chance.

Not even a year old and already a stick figure and deformed. Worms. “Its worms.” When dogs are too thin, generally we are told its because of worms. Given the papers he arrived with say he was dewormed 6 times, and given he had been to a local vet twice, (proof) it seemed odd , this mystery that their dog not be able to find a cure in a dewormer. Jesus, your dog is probably already in organ failure…

Can you believe it still took 24 hours? Sure you can because you have read enough of our stories by now. The husband answered our call and in a very rational, kind voice stated that he wanted medical help for the dog, didn’t want his kids to see the dog suffering and could we come now. Duh.

Within an hour Slim Shady had said his goodbyes, taken in some subcutaneous fluids, been to Starbucks for some whipped cream, and was crashed in the backseat of the ACN volunteers vehicle. A decent 40 minute snooze later , and our boy was gently wobbling around the yard of his foster home on his deformed paws. It was unbelievable. His transformation was unbelievable. In no time at all his foster mom was heard exclaiming, “He has a spring in his step…look…he is being social just like a Bloodhound is supposed to be!!!” And he did have a spring in his step. Slim had suddenly sprung to life. He was wobbly, his health so uncertain, but there he was… sniffing around playing with the other dogs, just like a dog is supposed to. And there he was, reaching up over the fence to feel hugs and kisses from children, loving, just like a dog is supposed to.

And for once, Slim was living. 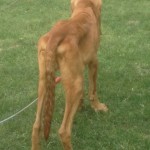 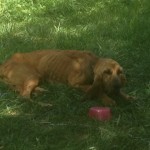 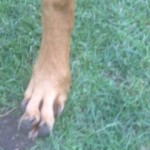 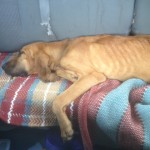 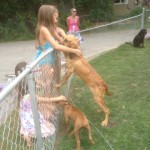 After we rescued him from certain death he was taken into the Michigan Animal Rescue League’s adoption program where he was placed in a foster home.   He is currently living with his foster mom, Deanna, slowly gaining back the strength and will to live.    When he is ready for adoption, the Michigan Animal Rescue League will post on their website. 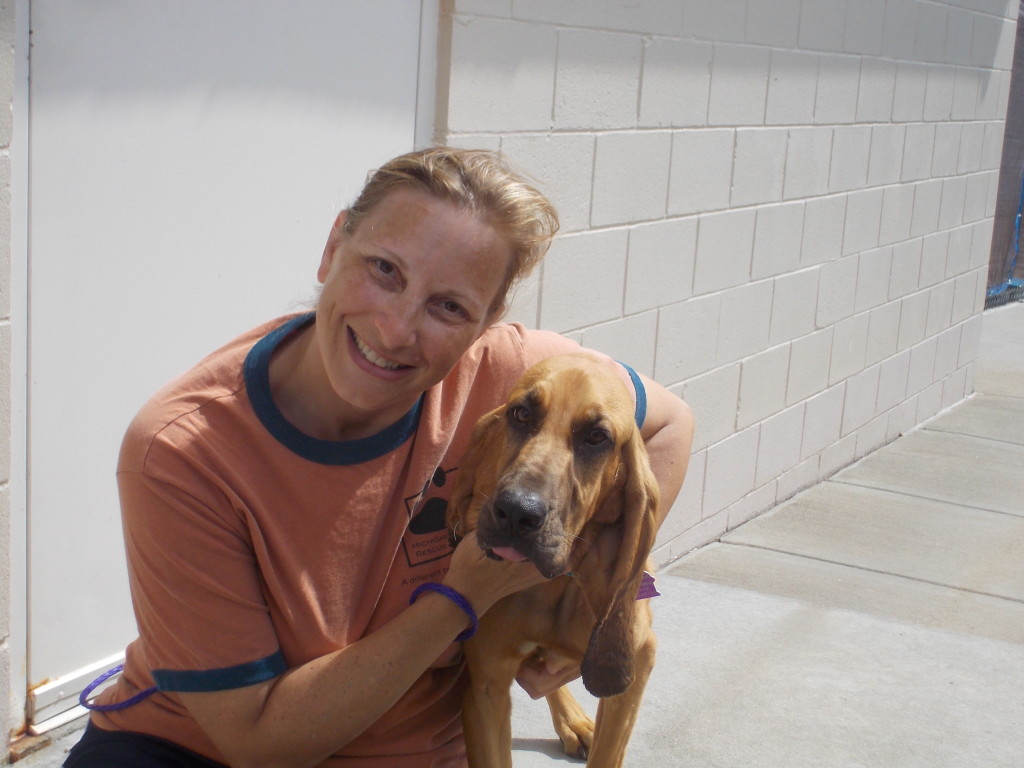