This Friday on the streets never seemed to end in Inkster!

Every address seemed to have a problem and every time we turned around there was another house that needed something. We went through an entire tank and half in gas and ate on the go.

The sad pictures of the little dog who started the day off at 5 a.m. on the way, but first, lets showcase Trash Kitty. The trash and rubble was everywhere, spilling out of the abandoned garage that faced the road we were driving down. “Hey, there is a kitty in there. Stop!” So we stopped and are most appreciative of Kitty for a) running right up to us as soon as the whiff of cat food hit the air and b) being kind enough to let us pick her up. The two cat carriers were already occupied which meant she was just going to have to sit on a lap (or wherever). But that was the way it had to be because we weren’t leaving her behind in the pile of trash. 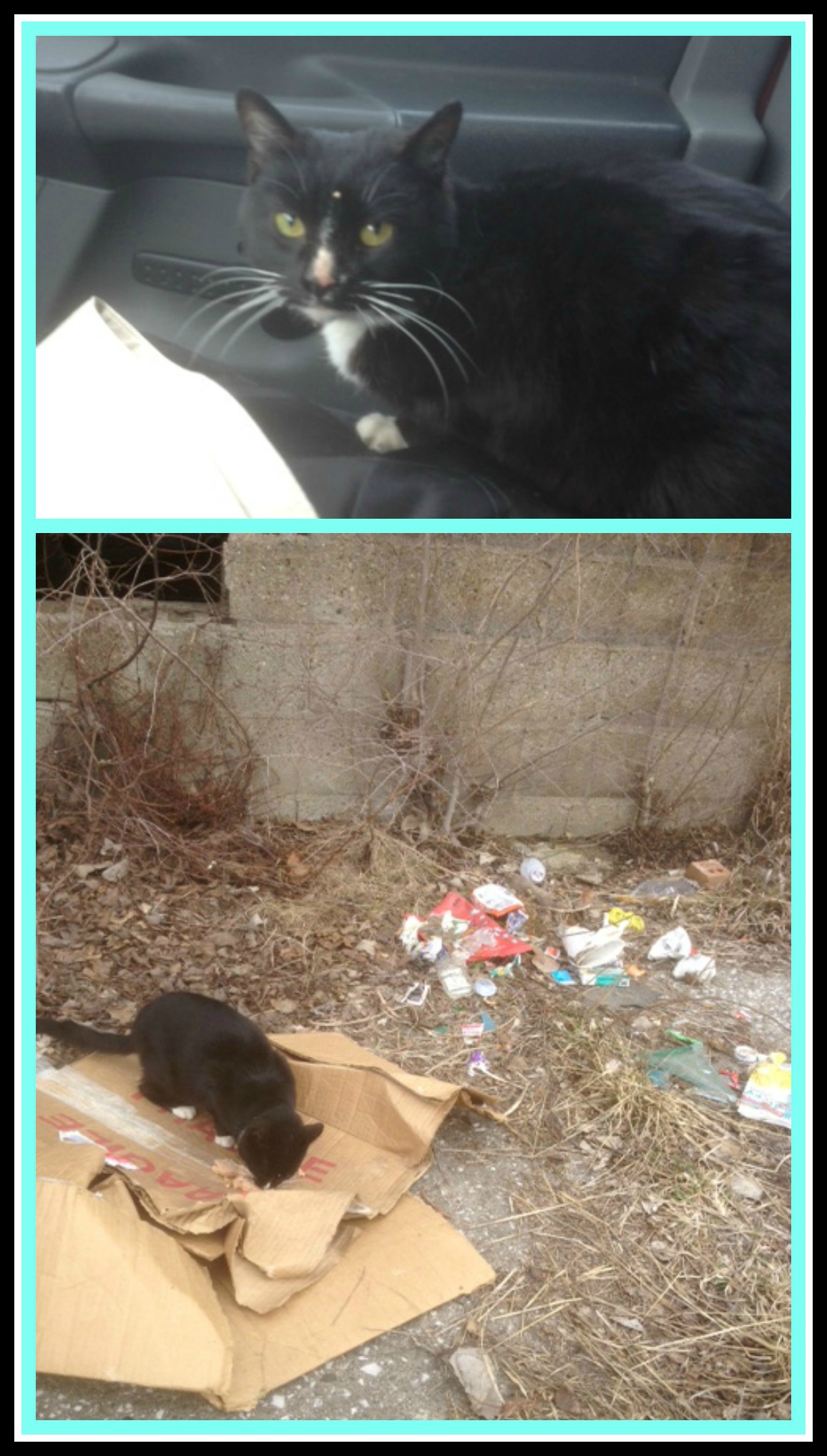