A house used to stand here….

Several houses, actually. Our old friend Ray’s house next door to this vacant lot is still standing. Although it’s boarded up and falling apart. Our friend Danuta and her boyfriend took off in different directions towards Detroit after their house became a casualty. You can see its shadow in the back of the picture. Luckily in both cases the people’s compassion stayed intact and they had surrendered their pets to us before the collapse and shut down of their homes (this isn’t always the case).

So here, on a now desolate and deserted road, where remaining houses are occupied by squatters and junkies instead of well meaning people just hanging on, we see the remains of an old ACN doghouse. We are proud it has been there long enough to have become part of history…this scrappy, but oddly enough rather happy, neighborhood that once was! 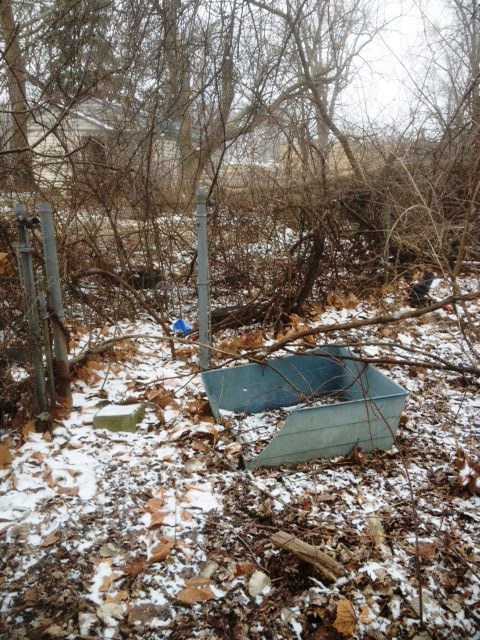