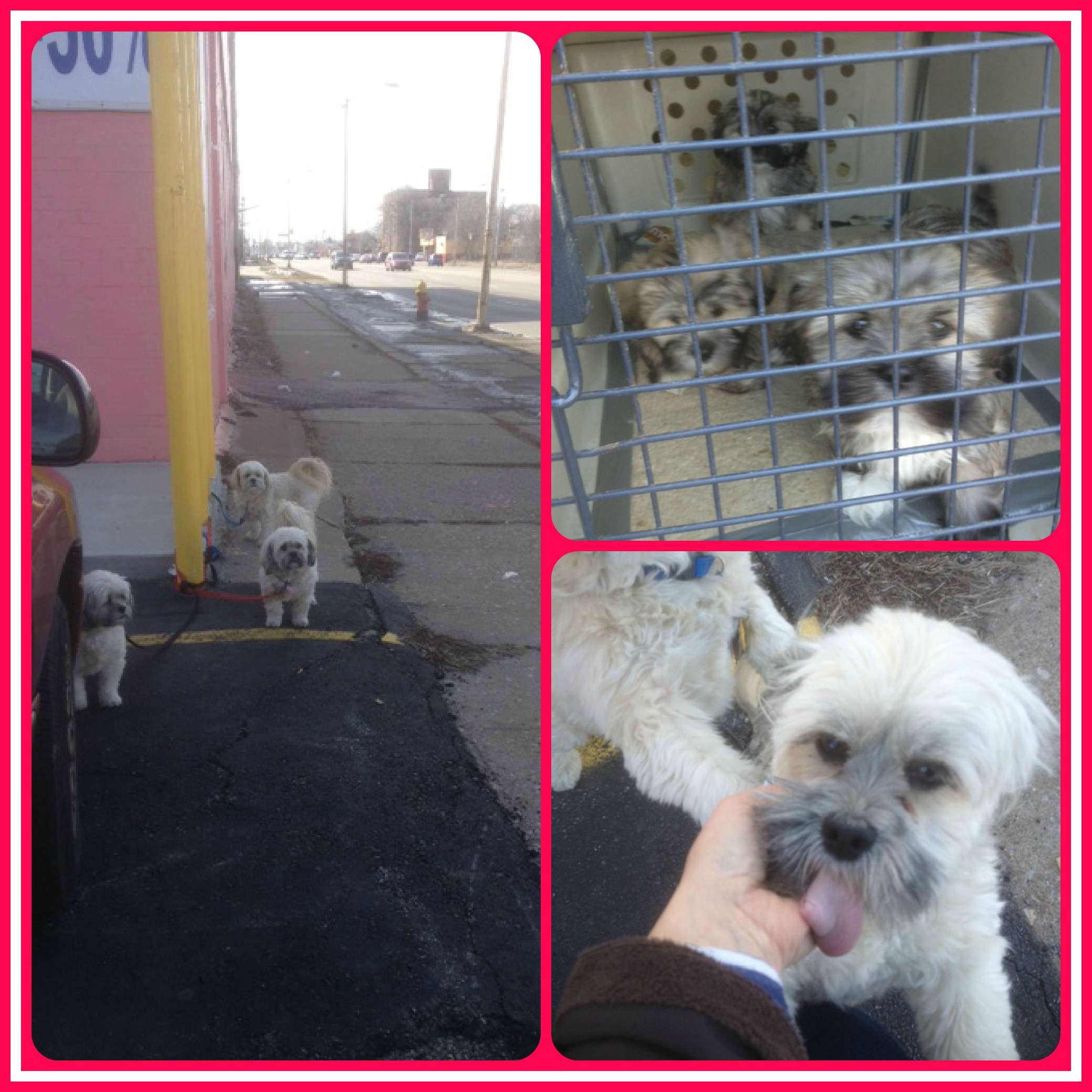 Even though the people wandering over to see the puppies all looked shady, we can hope that since the puppies are a small breed, they will be kept inside when grown up. Such is often the case with small dogs, they get to live inside.

While driving in Detroit on our “personal time”, we noticed a guy on the side of the Davidson Freeway with a cardboard sign that simply read “Puppies Here”. Shoot, we were running late but of course had to turn around to see what he was up to. As you can see by the picture, the mama and other 2 adults were healthy and oddly enough had tags and licenses.

We couldn’t convince the guy to take them somewhere less, well, um, “dangerous road” is roughly what came out of our mouths. (because “less scummy” , the truth, would have been counter-productive). He might as well have been selling blue jeans. Anyone with the money…here you go. Unfortunately we didn’t have enough $ to scrape together between us 2 volunteers to even get 1 out of there.

We’ll end on a positive note: he said he is very willing to get the mama spayed and gave us his number. (In case he doesn’t call, we will) Roadside dog shopping, unfortunately, is pathetically common.