“Thirty eight” was living on a chain; tied up behind a garage, surrounded by a privacy fence, which was in oddly enough a decent neighborhood. So had it not have been for the kindness of a neighbor, “38” could very well have just dropped dead one day and no one would have been the wiser because no one would have looked.

Even though we were successful in having the owner surrender “38’s” fellow backyard chain mate, (a beautiful girl who is doing well ) to us several months ago, trying to get a hall pass for this boy wasn’t happening.

Not exactly sure what finally gave. But one day we knocked on the door and as it turned out they had a flood and were moving and said take the dog. It must have been in the stars…we’ve been known to say that sometimes things just come down to luck. So out came the bolt cutters, because the chain was stuck to the fence and there was no way we were leaving perfectly good chain behind, and within 30 minutes we were loaded up and road tripping to Starbucks to load up on whipped cream. Because every dog that is deaf and has ears beaten up from flies and has just been freed from hell wants one thing…whipped cream from the Starbucks drive thru.

A special thank you to the kind neighbor for making us aware of this situation and to other animal lovers for simply doing what good people do, which in this case was to somehow get food and water over a privacy fence daily for a needy dog, without actually scaling the privacy fence.

NAME UPDATE: The question of this ridiculous 38 name kept popping up so I’m happy to report his new name, christened by his foster failure dad, is now Thurman. Thurman has an issue or 2 but nothing off the charts… he is very very fortunate!! What a treat, these happy endings. 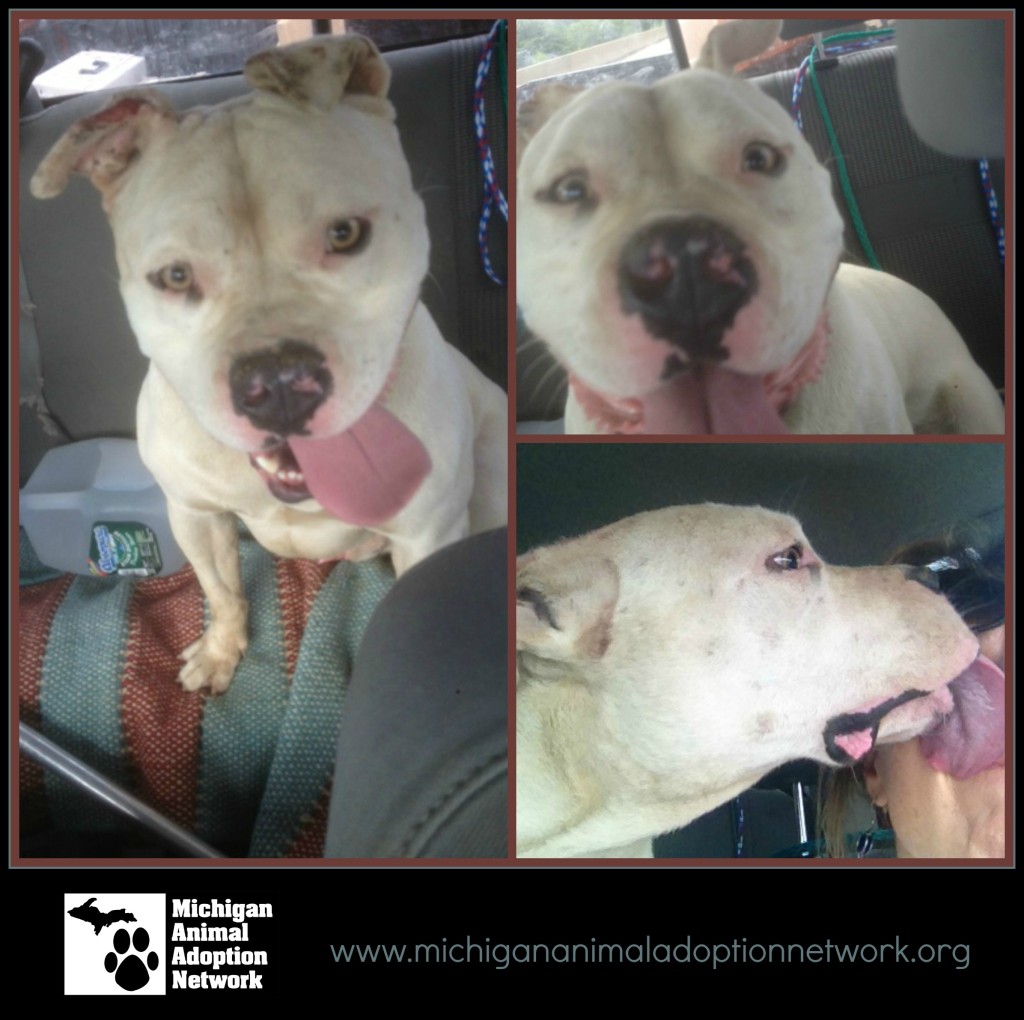