This cold weather is no match for most dogs, let alone a dog who has clearly been starved. This sweet boy, whom I shall call Buddy, was as emaciated as it gets. Curled up inside his barrel doghouse on the end of a chain, dead.

We hadn’t seen this dog at this address before, which isn’t uncommon out here. A dog lives here and then the dog owner moves for a myriad of possible reasons and the dog winds up there. ‘There’ could be with anyone. Baby-daddy, cousin, friend of friend. But wherever ‘there’ is, one thing is almost certain, it will include life on the end of a chain. Sometimes people don’t even know there is a dog stashed in their yard. So who knows where Buddy came from, or how many backyards he had lived in prior to us finding him dead at this address. For all we know this was the only house that didn’t beat him, he was just too far gone, and it was too cold to fight. Whatever the case, its irrelevant at this point. He is in heaven where he belongs.

When Buddy’s various body parts were measured for official purposes, it was jaw dropping.

Early the next morning, we went back for the 1 other dog in their yard. Sammy wasn’t skinny, but Sammy no longer needed to live there. It took an extremely heated dialog and some $, but we left with Sammy.

It didn’t dawn on me until later that night, that for the first time in 15+ years there had not been a dog on a chain in that yard. And it is a night that the volunteers who have known these people for more than a decade will always, always remember. 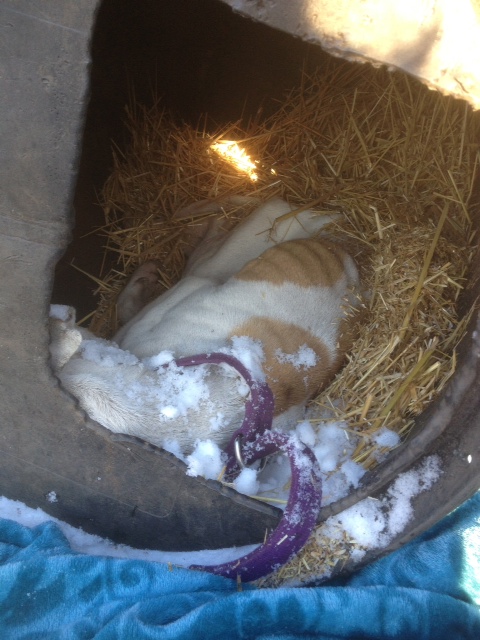