Unfortunately it’s a little hard to see Scar and how handsome he is, but on the other hand it’s a good view of his home, where he spends every waking minute.

However sad this is, just seeing him there on the end of that chain and knowing that that’s where he will be tomorrow at this time and the tomorrow after that, its much better than the majority of dogs we see all day long. His area was clean like this before we even arrived. Often its the clearing of the debris, trash, what have you, around the dogs perimeter that keeps us up-to-date on tetanus shots as we make space on the dirt for the dog to call his own.

His buddy who kept him company out there recently passed away. Rumor has it the neighbor tossed poison over the fence. Entirely plausible. Scar’s owner at least doesn’t beat him or scream at him all day long. So he has that going for him. Plus, he has the best butt waggin’ welcome you will ever get! 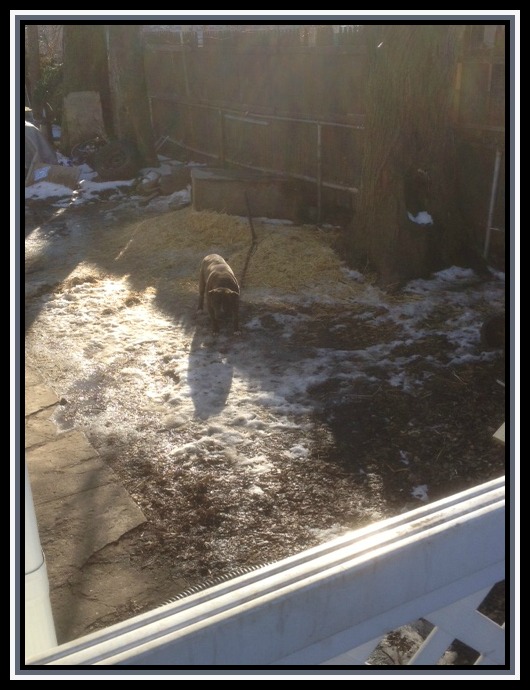