ACN is thankful for alert neighbors and concerned citizens.

The Inkster ACN was notified of a dog that had been left behind when the owners moved out. At first the neighbors didn’t even know a dog was in the house, but when vandals started breaking windows and stealing from the house, the door was left open and this very skinny dog was sneaking out looking for food and would faithfully return to this nasty, deplorable mess.

The team ventured into this scary, unsafe home and found the dog cowering in the basement, extremely hungry and thirsty and scared.  It took some time to gain his trust but the volunteers were successful.

It looked as it he had originally been locked in the basement but chewed a hole in the door to escape.

This poor abandoned dog was taken to a local shelter. 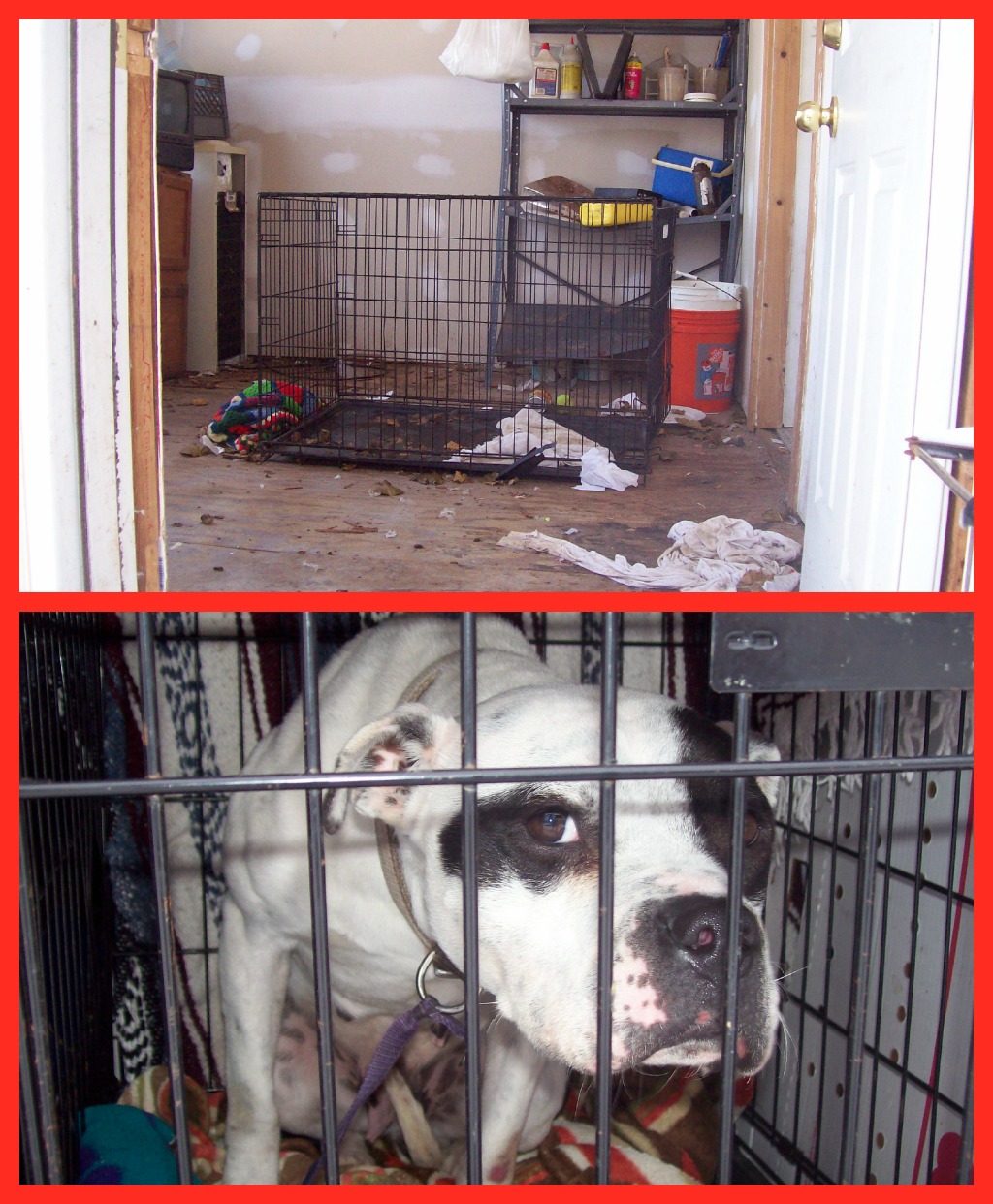