Hey! Check me out!

This isn’t an everyday sight, a backyard Basset. We visit another Basset on the other side of town, but she gets to live inside as did this guy until his owner’s wife became sick and the dog became too much of an inside effort. A good example of why one should get their dog some basic obedience training before ‘cute’ bad manners become an excuse to put the dog out.

At least Bite’s owner (“but he won’t bite!”) has agreed to get him neutered and he is on the list!

As you can see by his hind leg acrobatics we were greeted with, he was more than happy for the Spam you see him scarfing down. The call we got about him was that he only needed some straw, but now we have another victim to neuter and another nose to snuggle with. 🙂 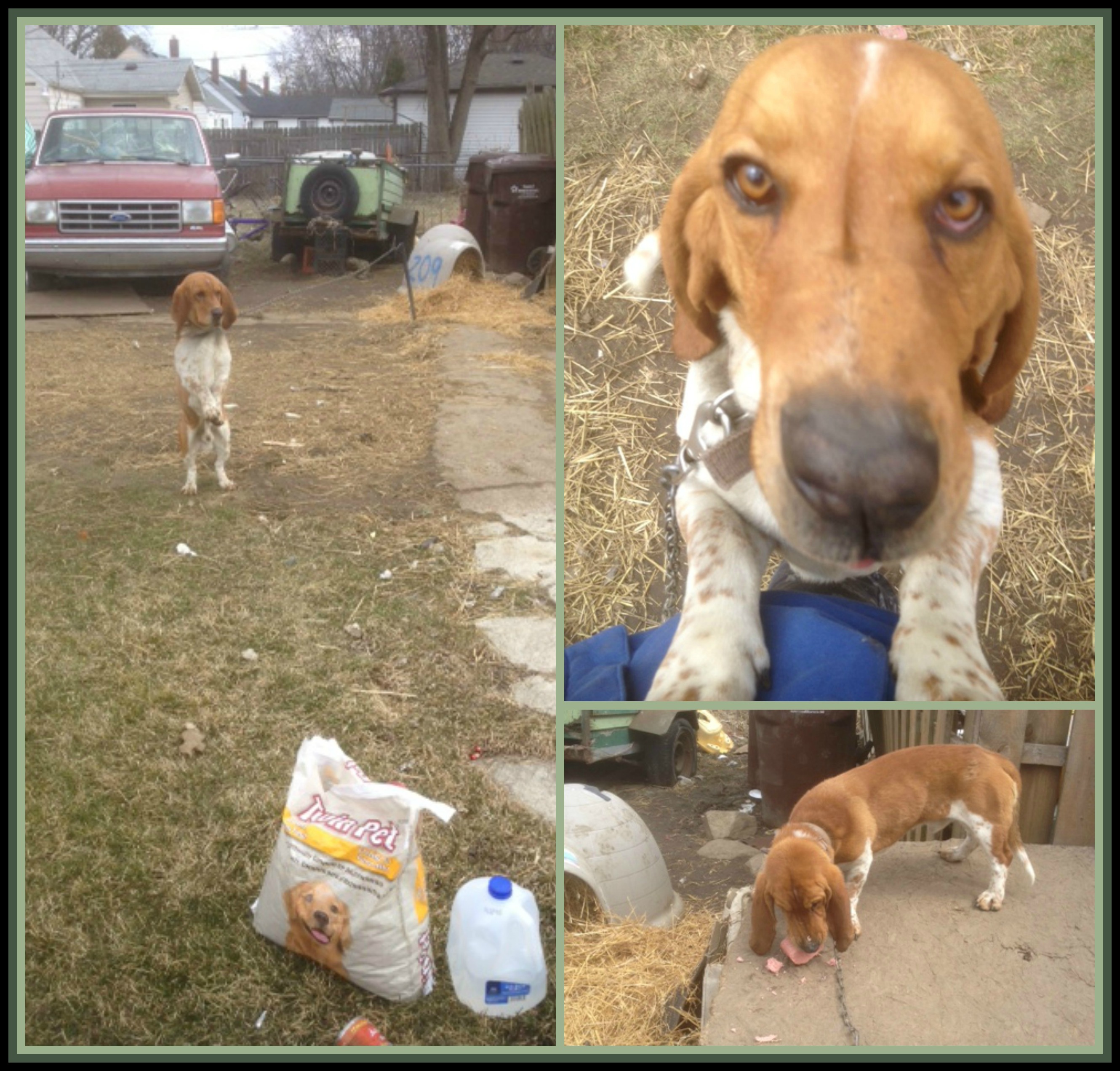