One late night, ACN received a call from an EMS worker that was trying to catch two small dogs running down a dark Inkster street.

The EMS worker witnessed one of the dogs get hit by a car and was able to throw a blanket over him and get him to safety in her car, ACN arrived and tried to capture the other dog with no luck. Later that evening we found him lying dead on the side of the road. Both dogs were in very bad shape, severely matted and nothing but bones.

Small little purebred dogs are also abused just as much as the medium and large breed dogs.  People pay money for these cute little “house” dogs, then never have them groomed and don’t feed them either.

So sad that the second dog was hit and killed, but the other little guy miraculously was okay and is now up for adoption with one of our rescue partners!! 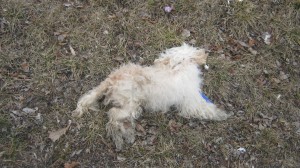 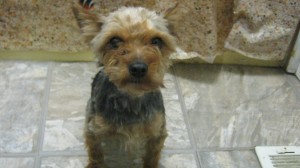