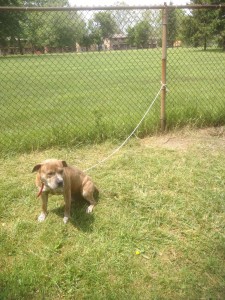 The call about this dog could not have come at a worse time, but what can you do. Turn around, throw on the crap sweatshirt kept in the car for such instances, and head towards Inkster.

Someone had tied this guy up to a fence and there he sat for a week with his ringworm and open sores. His relief came by way of a decent human being who, although scared of him, didn’t want to see him suffering and called for help. We told her to put some water in a bowl and push it up to him with a stick and just hang on a bit longer until we could get there.

And so went the day…but what can you do with word of a dog tied to a fence but put on your crappy sweatshirt and go.

This is just how ACN volunteers work. We go. 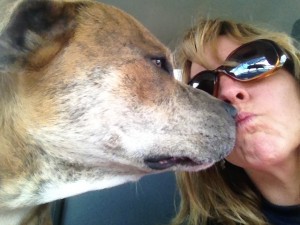